Some noticable improvements from Eternity Warriors 3.

Even though I am still tinkering away with my combat teams in Dungeon Boss, the lure of a shiny new dungeon crawler was enough to convince me to give it a try. With flashy graphics, swarms of monsters to slice through in real-time, and explosive combo moves, Eternity Warriors 4 looked right up my alley.

I took a peek at our Eternity Warriors 3 review from last year, to warm up my mind to the sort of experience I may find in the latest installment in the series. I’m happy to say that the fourth entry in the Eternity Warriors series improves on a number of issues we had with 3, but I found the game to still struggle with a few things.

The biggest up-front difference between Eternity Warriors 3 and Eternity Warriors 4 is that all three character classes are immediately available in Eternity Warriors 4. Players have their choice of a big, muscular warrior, a thin and nimble assassin, and a bouncy little wizard. No customization options are available, so if you wanted to play as a warrior woman or wish to play a wizard who doesn’t look like they just walked out of a Furry convention, you’re simply out of luck. 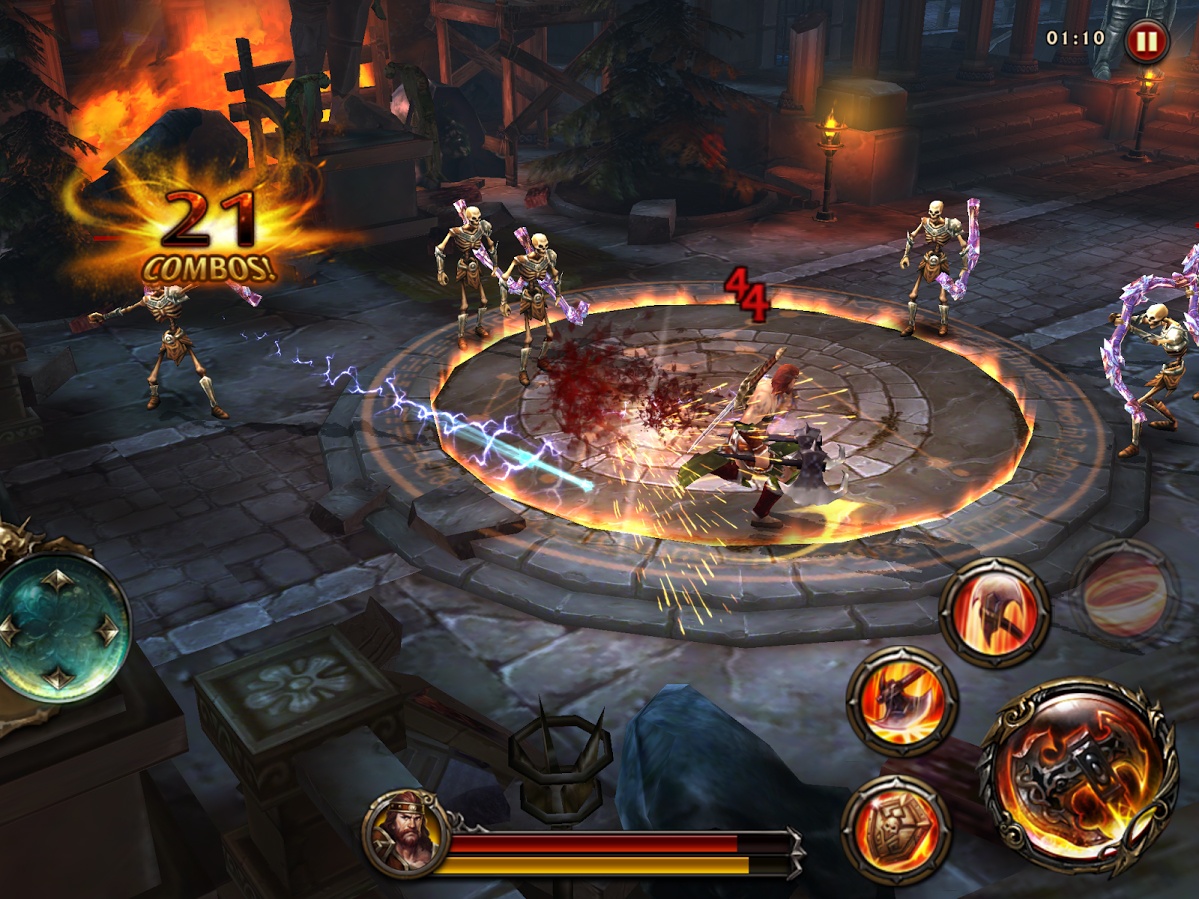 Fortunately, that small issue doesn’t affect Eternity Warrior’s 4 gameplay, which is, of course, the main attraction.

With the left side of the screen reserved for movement, all of the game’s combat abilities are stacked in the bottom right. Every ability, apart from the basic attack, has a cooldown assigned to it that players must wait to expire before the ability can be used again. After a consecutive number of successful basic attacks, the character’s ultimate ability becomes available which has massive damage output potential.

As far as combat variety goes, the mage is the one character who really stands out. The warrior and the assassin both play similarly, with melee-based attacks that require the player to always be right in the thick of things. With the mage you can shoot energy balls at enemies, summon tornadoes, dash away leaving an icy trail in your wake, and unleash a devastating ultimate that covers the entire screen. The mage was easily the most enjoyable character type to play as. 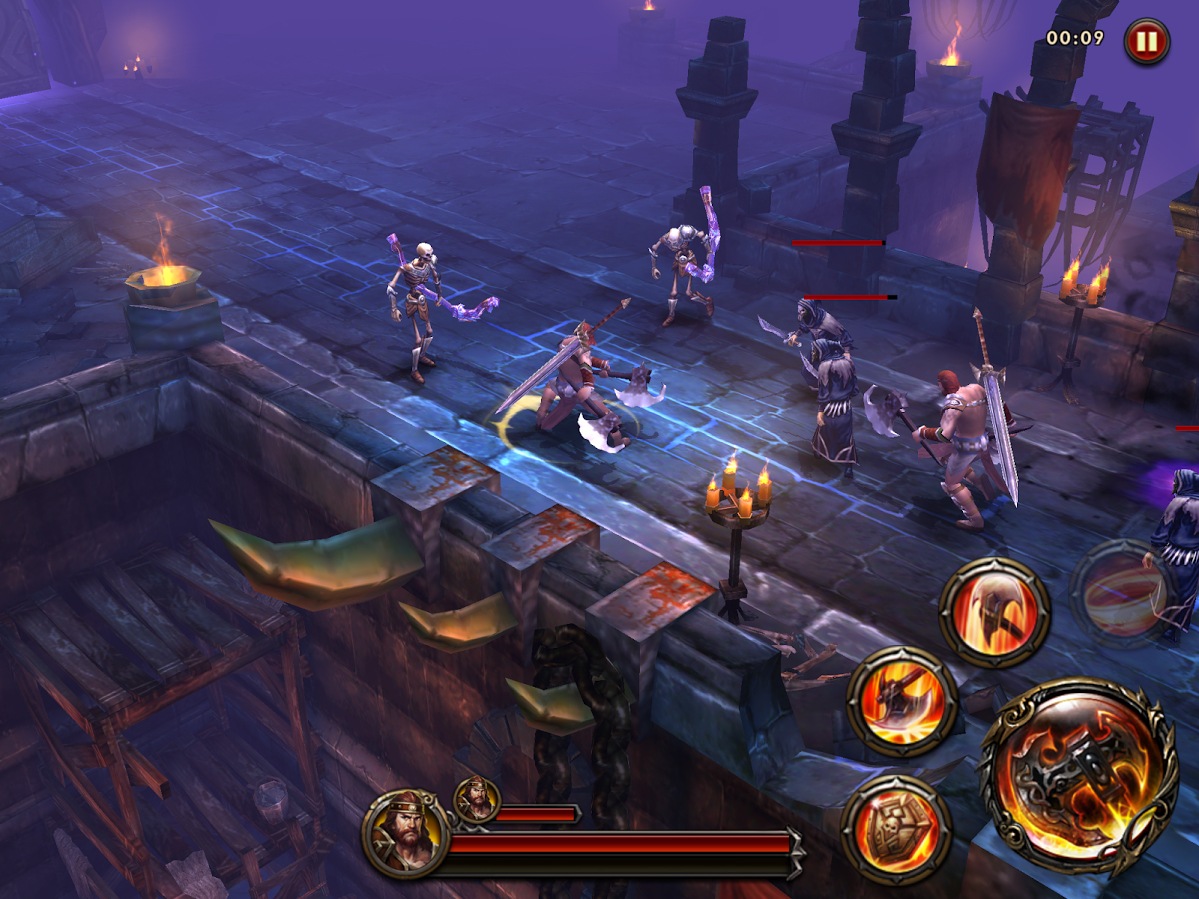 Unfortunately, that fun only reaches a certain level before it peaks and the game shifts into being a dull grind. Beyond having to repeat levels to look for better loot, which is expected in this sort of game, the biggest problem I had with Eternity Warriors 4 was how bad the artificial intelligence was.

Enemies in the game will stand around — sometimes while you’re standing right in front of them — until you bump into them. Other times enemy monsters will chase after you but get stuck on an invisible barrier and just run in place. Sidekicks that you “borrow” from other players are virtually useless; I’d catch them actually running in circles. I had bosses get stuck on things in the environment, and others who I simply could kite around until my special abilities re-charged and I could use them to take a chunk out of their health.

That, ultimately was the limiting factor in Eternity Warriors 4. The strategy I kept using to get through the levels was simply run around until an ability was ready, use it, and keep running. While the mage was a little more flashy in her execution of this strategy, the tactics I used were the same with all three characters. Run, deal a burst of damage, repeat.

Eternity Warriors 4 is a step in the right direction for the series, improving on some issues that hindered its predecessor. But the gameplay experience is impaired by some lackluster artificial intelligence that holds Eternity Warriors 4 back from being truly great.

Land Sliders Review: What You Are Is Beautiful