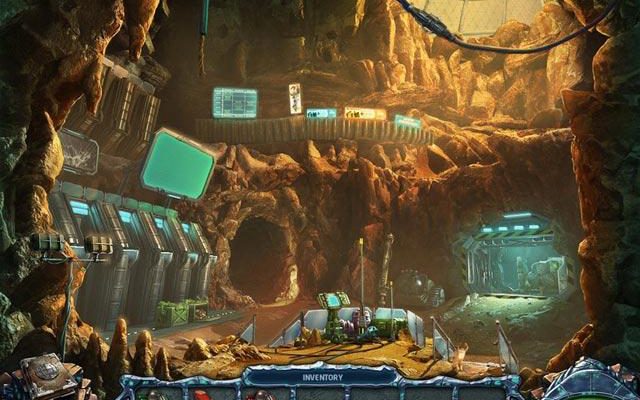 Just as real-world researchers have long been focused on discovering the lost city of Atlantis, so too have game developers worked on creating virtual environments detailing its discovery and origin(s). But while Eternal Journey: New Atlantis may outwardly seem like another clichéd title to throw into that group, it quickly changes shape, becoming a highly polished and incredibly entertaining science fiction tale set in the far future on Mars.

Amrite Stone is an archaeologist known for her ability to translate ancient texts, which justifies the US government in their search for her body when she drowns in the original lost city of Atlantis, thousands of meters below the ocean’s surface. This initial portion of gameplay, set in the city of Atlantis, is straightforward and basic, but comes with plenty of polished cutscenes and enough intrigue to keep you moving ever forward at a steady pace. After the disaster in Atlantis, we skip 150 years into the future, where a second “New Atlantis” has been found in a trench on Mars. Saved by cryo-sleep and advanced scientific technology, Amrite is once again trapped in the midst of disaster as the Mars expedition goes missing and demonic alien beings stalk your every move.

To say that Eternal Journey: New Atlantis has a complex setup would be an understatement, and while the storyline is a bit too rushed at first, it finds its flow in the addition of newspaper clippings and digital recordings that you can voluntarily interact with in the environment. There are dozens of locations to explore, but a helpful in-game map allows for fast-travel between locations. Active scenes will even be highlighted on the map to tell you exactly where you need to travel to next. 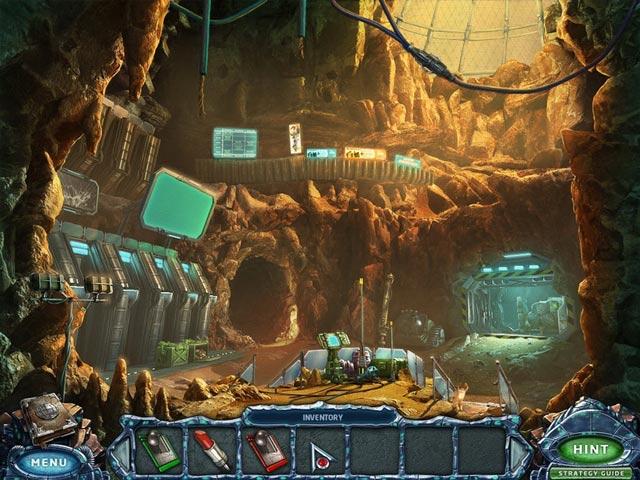 Hidden object scenes are fairly few and far between, but they work well for the most part. Unfortunately, you won’t see the whole list of required objects at once, as further items will appear on the list as you progress through a scene. There are multiple hotspots within each that hide specific items, like cabinets that must be opened, obstacles that need to be shifted and so on. You’ll repeat a few of these scenes multiple times, with all of the items that you’ve already discovered in their original locations, which is a odd design choice considering the attention to detail present throughout the rest of the game.

Since the majority of Eternal Journey: New Atlantis is simply an adventure game, the puzzles are also rather rare, and are fairly simplistic when you do find them. Tile rotation puzzles, item matching puzzles and more offer little challenge, but can be rather time consuming due to their sheer size. There are two difficulty settings, if you do want a bit more challenge, with this difference causing the hint recharge meter to recharge more slowly and remove any sparkles that highlight interactive areas. 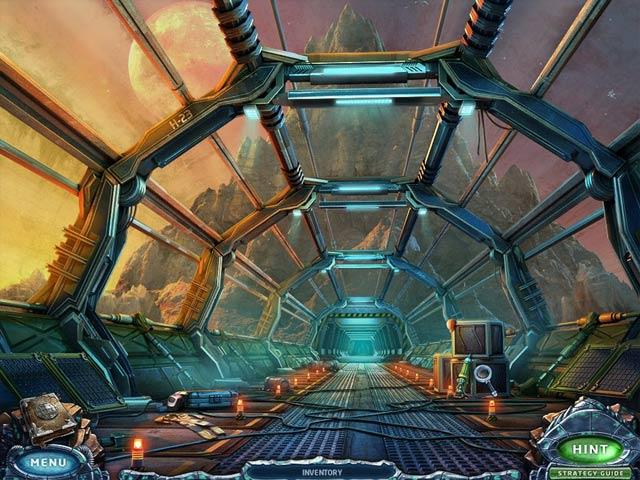 While the gameplay within Eternal Journey: New Atlantis is rather basic for the genre, the setting and storyline of the experience really make it shine. Sure, you’ll move through locations finding items in hotspots, completing hidden object scenes and puzzles, but throughout it all you’re introduced to a futuristic base and its technologies that are creative and downright fun to experience. There are plenty of detailed, fully voiced cutscenes throughout the game, and while the character models look a bit stiff, this entire formula just clicks.

Even though outer space isn’t new to the hidden object genre, few offer the complexity or depth of Eternal Journey: New Atlantis. Save for the few issues listed above, Eternal Journey comes packed with positive, entertaining features that make the futuristic storyline believable, with enough lore and backstory at every turn to keep player interest. If you’re looking for a break from the spooky, abandoned mansion or asylum, but still want solid hidden object gameplay, you should look no further than this.