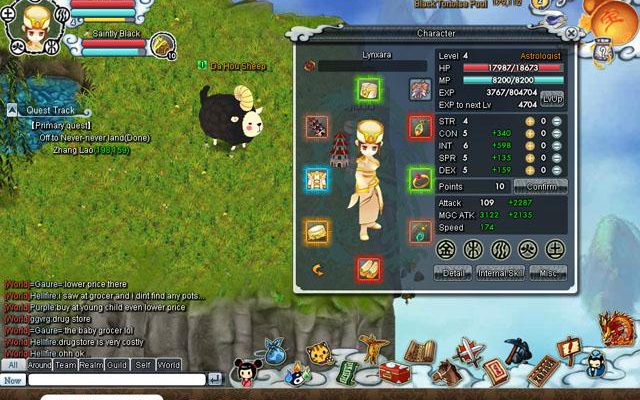 Gravity Interactive is one of the grand old names of freemium gaming, launching the seminal free-to-play RPG Ragnarok Online in 2002 and nurturing it into an international success in the years since. Eternal Destiny is the company’s first move into Facebook gaming, a move that can only be called disappointing. At heart, Eternal Destiny is an exercise in pure formula, offering all of the standard features of an Asian free-to-play MMO in an extremely standard way. Usually there’s some value in implementing this sort of thing on Facebook, but Eternal Destiny has some significant problems there, too.

The theme of Eternal Destiny is Chinese folklore, so you begin a game by picking one of four character classes that includes unusual options like the astrologer. You report to mystical deities and immortals as part of your quests, which usually concern defeating enemies. You can use a variety of class-based abilities to dispatch enemies in combat, which is turn-based. Even when playing solo, you can opt to have a pet fight with you in order to make the experience feel a bit more complex. The usual MMO features, like partying up with other players, are all there. 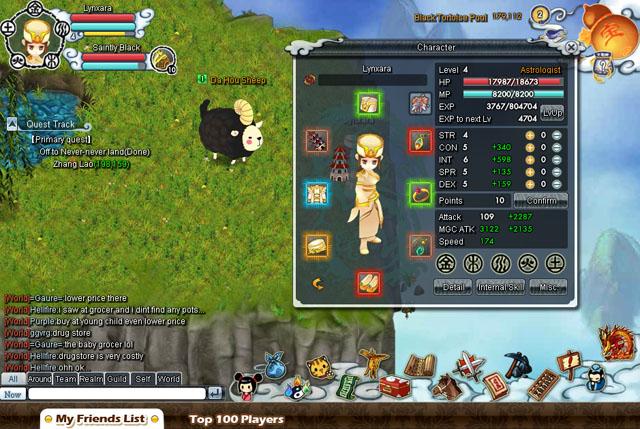 Like a lot of free-to-play RPGs that want to convince you that they run on Facebook, Eternal Destiny really does. If you follow the link to the game above, you’ll be taken to a placeholder page that wants you to click on another link. This link takes you to what is basically a browser-based client for the game that runs on the official Eternal Destiny site. The only thing that really makes Eternal Destiny a Facebook MMO is that it has a Facebook-specific server that the browser-based client connects to automatically.

Something about this arrangement appears to have inflicted terrible load times on the game, perhaps in part due to Gravity’s browser-based client running at a much higher resolution than a proper Facebook game would. You can expect it to take at least two to three minutes for the game to load. If you have to move from one in-game region to another, expect more loading as the game brings up the new maps. The game is even sluggish while you play it, probably owing to a steady stream of global announcements about who’s achieved what. 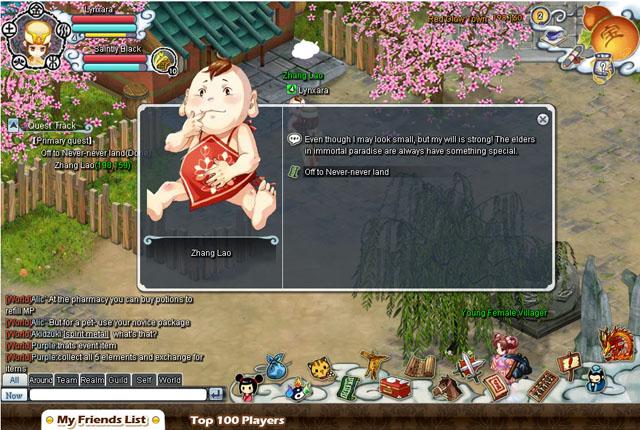 Probably the worst thing about Eternal Destiny, though, is the localized text. Much of the game’s quest text is translated so poorly that it’s just not very readable. This is clearly meant to be a game that immerses you in the setting, so the poor localization definitely damages the game’s fun factor. Even some of the tutorials are incredibly hard to understand.

Problems like this make Eternal Destiny feel impossible to recommend, at least not without improvements to the load times and in-game text. Anyone who thinks Eternal Destiny sounds at all interesting is probably better off playing MapleStory Adventures.