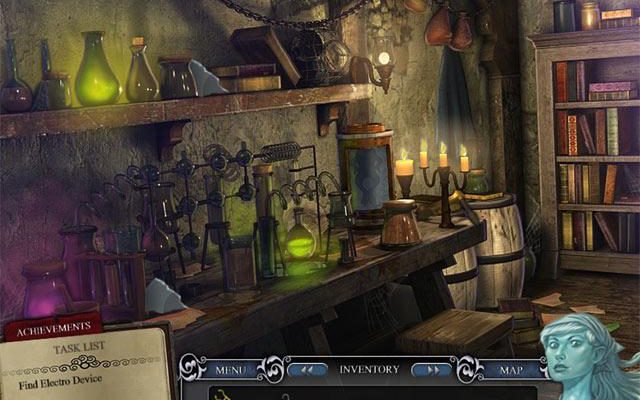 When you think of great places to go on vacation, chances are a spooky castle that’s home to a mad scientist is nowhere on the list. Unfortunately, after surviving a motorcycle accident, that’s exactly where Hannah finds herself. In Escape From Frankenstein’s Castle Hannah has to find her way out of the titular castle, while fighting with her lost memory and trying to find her missing fiance. The result is a solid blend of hidden object and adventure game that, while fun, is lacking much in the way of new ideas.

From the very beginning of the game, things just aren’t going well for Hannah. First there’s the crash, and then she wakes up in a strange room with little memory of how she got there. In fact, she hardly remembers anything at all. But it doesn’t take long before she realizes that she’s being held against her will. With the assistance of a helpful ghost named Isabella, Hannah spends the game trying to get out of the castle while piecing together just who she is and what really happened. Along the way she’ll learn Isabella’s story, as well as that of Dr. Frankenstein, who is hiding a dark and disturbing secret. There might even be an appearance by a certain re-animated monster/ 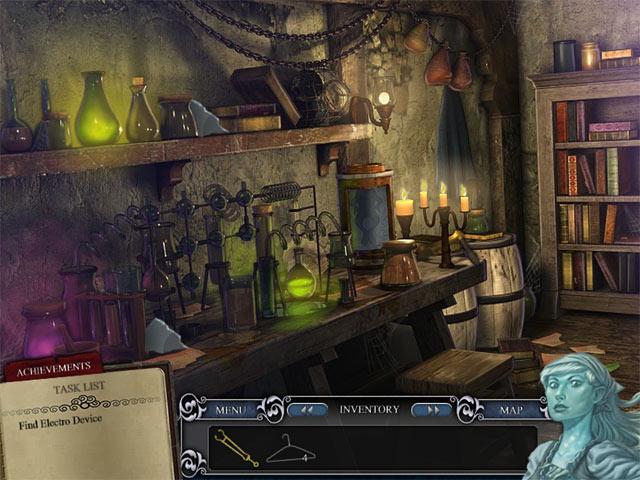 The story is told in several different ways, including cut scenes and dialog between different characters. But you’ll also be able to gain extra bits of information about the evil doctor by locating several books hidden around the castle, which detail his history. For some reason though, these are the only portions of the game that feature any voice acting, as the rest of the dialog is relayed solely through text. It’s a strange decision, especially considering the books are optional, and aren’t really part of the main storyline.

In terms of how it plays, Escape From Frankenstein’s Castle is a mixture of a HOG and a point-and-click adventure, with a solid dose of puzzles. You aren’t given a list of objects to find, instead you’ll have a list of tasks. Sometimes this tells you exactly what items you’ll need to get — complete with a picture — while other times you’ll have to figure it out for yourself. Every item you’ll pick will be used in some way, whether it’s to unlock a door or fix a machine. This makes the object finding feel much more organic than in most HOGs, as instead of finding random objects you’re looking for things you’ll actually need. The game doesn’t feature a traditional hint system that shows you exactly where items are, however. Instead, you’ll have to rely both on your task list and the help of Isabella, who frequently offers useful advice. 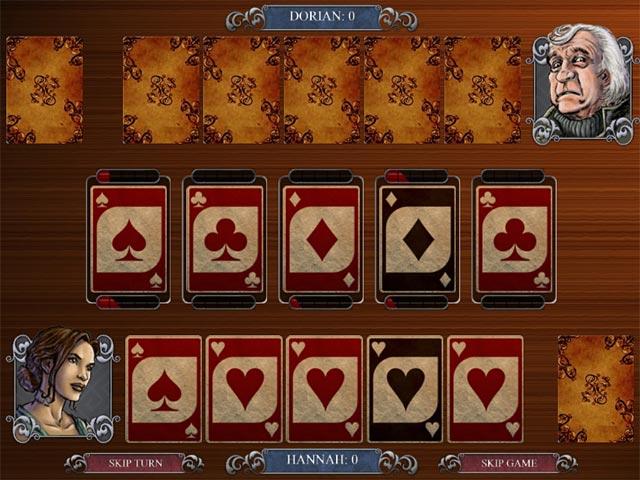 Even though you’ll be spending the entire game inside the castle, there’s actually quite a bit to explore. There are plenty of different rooms, some of which aren’t initially accessible, and navigating them is very simple. When your cursor lands on the edge of the screen, an arrow will appear telling you exactly where it leads. And it’s a good thing that the navigation is so quick and easy, since you’ll frequently have to back track. But where things really start to fall apart is with the puzzles. Not only are they almost all far too easy — even when the game decides it doesn’t want to give any directions — but most of them also repeat several times. In a game that only lasts a few hours, that’s a big deal. There just isn’t enough variety or challenge to keep the mini-games interesting.

Escape From Frankenstein’s Castle does look great, though, with lovely watercolor cut scenes, great 2D scenes to explore, and even some flashy 3D effects. What’s especially great about the visuals is that even though they jump between several different styles, they always feel consistent, which is a testament to the game’s art direction. It would just be nice if the cut scenes featured some real animation, instead of being still images that move across the screen. Considering how good the rest of the game looks, the lack of animation just makes these moments feel somewhat cheap. 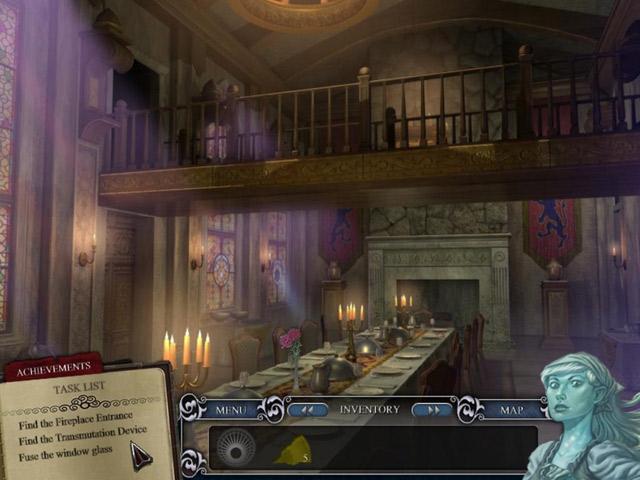 With a great setting and some solid gameplay, Escape From Frankenstein’s Castle had the potential to be a great game. Unfortunately, a lack of new ideas relegates it to simply being good. Equal parts engaging and repetitive, Escape From Frankenstein’s Castle will keep you entertained while it lasts, but starts to wear out its welcome towards the end. It might not blow you away, but for fans of the genre it’s well worth a play.