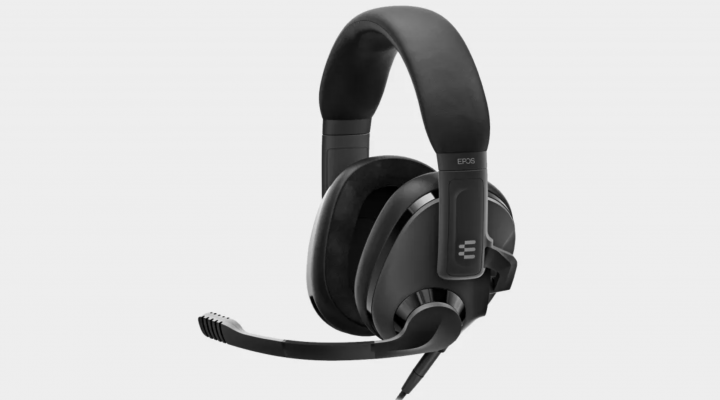 The ultimate question is whether this headset – the first branded over-ear audio product from EPOS – delivers quality for its asking price.

Because even though it has more expensive rivals, it still isn’t the cheapest piece of kit for your average gamer.

An evolution of the GSP 300 series and priced at £109, it has to offer something noticeably superior to the many bargain basement headsets out there. And fortunately, we think it does.

This is because the H3 delivers in some key areas that even your average gamer will immediately appreciate.

The first and most obvious is comfort. With budget sets – even ones around the £100 mark – they’re often guilty of having uncomfortable edges here and there. A rough piece of plastic, a slightly awkwardly placed button, or a habit of overheating your ears after extended use.

With the H3 we were surprised at how comfortable it was to use though, and for extended periods of time too.

The microphone is also robust and worked perfectly during our two weeks using the headset, with no issues encountered.

When it comes to audio quality the H3 is no slouch either. It provides rich and detailed output regardless of the type of game you’re playing, delivering when it comes to spatial audio to boot.

There are a few problems with the headset however, that likely come about because of price constraints. One is that this is a wired set, and a second is that the mic isn’t detachable – which means you won’t comfortably be able to use this for anything but gaming.

The former isn’t too big a problem considering it does make it easier to hook up the set with most consoles possessing a 3.5mm jack – which includes the Switch of course.

Overall we were impressed by the Epos H3. It excels in areas you just wouldn’t expect for the price, and if you’re looking to invest in a wired gaming headset – and not break the bank – you can’t go wrong with the H3.