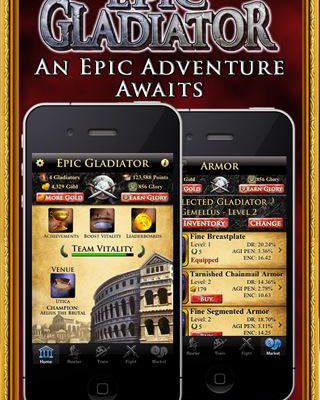 Epic Gladiator may not be flashy, but that doesn’t make it any easier to put down

Menu-based games tend to work well it comes to strategy games or city-building sims, but not necessarily action games. It can be hard to translate the tension of gladiator battles, for example, with just a few lines of text and some numbers. That’s part of what makes Epic Gladiator so impressive. There’s no actual story, and you don’t actually participate in any of the bloody battles, but that doesn’t make it any less addictive.

You don’t actually play as a gladiator, but instead as a gladiator owner. You purchase slaves and toss them into battle to earn you money. Doesn’t seem too fair for them, but it works pretty well for you. You’ll start off with just one gladiator slave but eventually you can build up a whole stable of powerful fighters.

The thrill of the game is in building up your fighters so that they can take on stronger and stronger foes. Like in most role playing games, winning battles earns you experience points that improve your character, but you’ll also need to do lots of training to make your character stronger, faster, smarter, and more agile. And, of course, you’ll need to outfit them with the very best weapons and armor as well. 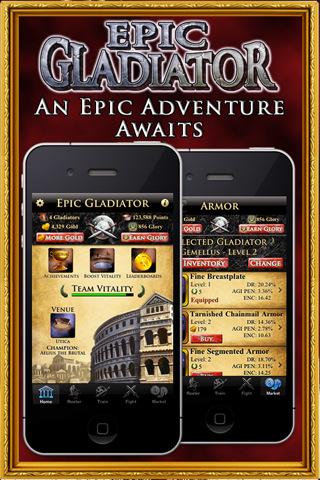 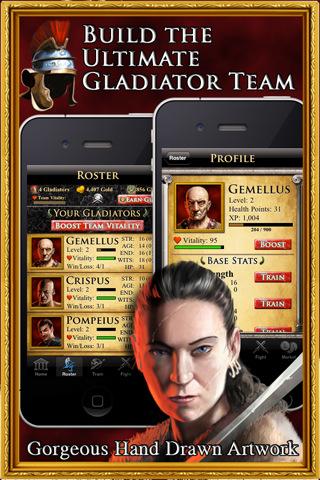 And it’s all for the arena. You don’t actually participate in the battles in Epic Gladiator, and you don’t even really get get to watch them either. Instead you’re shown a simple scene feature two avatars exchanging virtual blows. Really, all you’re looking at are the numbers, hoping that your opponent’s health falls first. It may sound kind of boring, but when it comes down to the wire and both combatants are near death, well, it gets pretty tense.

There are multiple difficulty levels to play through and each comes with its own risks and rewards. And once you’re feeling confident enough you can even take on some of the champions. These battles are much more difficult than the standard ones, and steadily increase in both challenge and size. It starts out one on one, but eventually you’ll be taking on multiple enemies at once, essentially forcing you to focus on creating a solid roster as opposed to focusing on just one fighter.

Epic Gladiator isn’t for everyone. There are some who will find the lack of any sort of narrative and the action-free action somewhat on the boring side. But if you can look past that there’s a very deep and engaging game to be found. It may not be flashy, but there’s something incredibly satisfying about watching a lowly fighter slowly turn into, well, an epic gladiator.