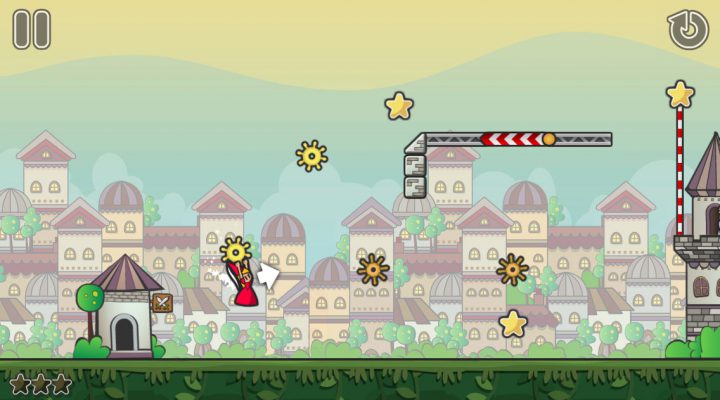 Simple to learn and play.

Resets quickly when you make a mistake.

Can be extremely frustrating.

Eric of Epic Eric is a knight that swings on gears to navigate treacherous traps and rescue the princess Erica. It’s fair to ask why someone whose career relies on acrobatics would suit himself in full armor, but maybe that’s not important. Here’s what is important: Epic Eric is a physics-based puzzle game that will tempt you to throw your mobile device into a ceiling fan, but despite the frustration, you’ll find yourself returning to its crazy gears and gates again and again.

Eric is on a quest to save his lady love from the clutches of an evil fiend. In order to do so, he needs to reach the tower she’s being held in (which, conveniently, also marks the end of every level). Here’s a nice twist in the name of gender equality: You can also play as princess Erica. Simply tap the outlined “A” on the game’s title screen. 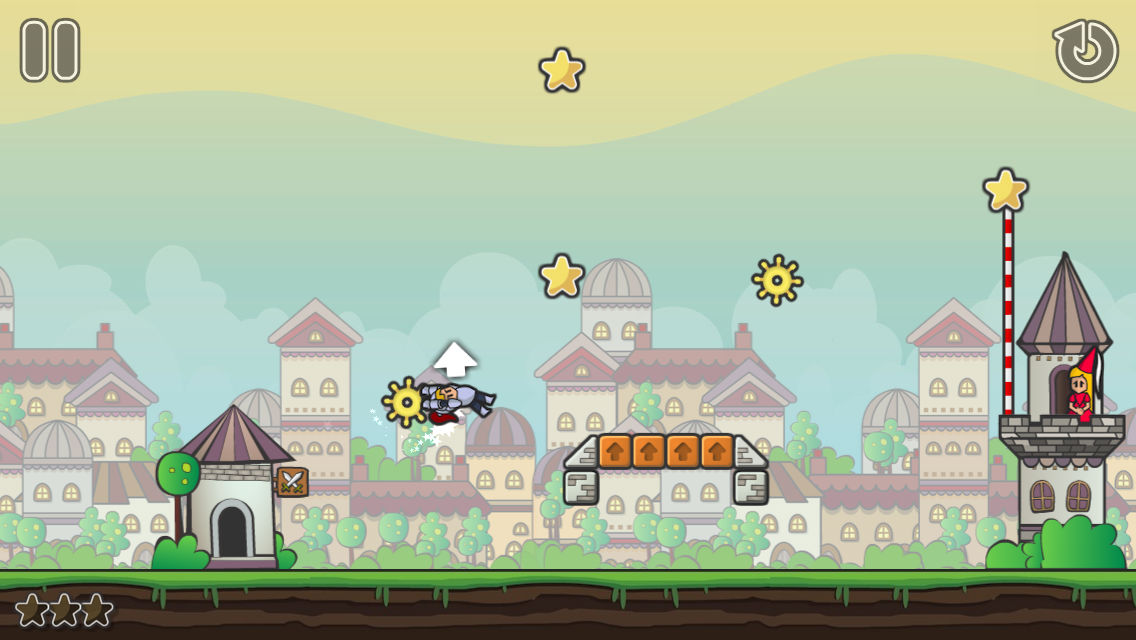 Whether you choose to play as the armored Eric or princess Erica (whose hennin stays on perfectly even when she’s spinning around and around on a series of gears), the gameplay is identical. You begin beside a castle (a la Mario), make your way to a tower, and slide down its flagpole (a la Mario).

Getting to the end of a level isn’t a matter of walking from Point A to Point B, however. Both Eric and Erica apparently lack the motor skills necessary for walking and running. Instead, they grab onto gears that spin them around, then let go at the right time to fling themselves to the next safe spot, which may be a beam, or a bouncy block, or another gear. If Eric or Erica hit the ground at any point, they lie there, helpless as a beached whale until you start the level again.

Getting to the end of a level in Epic Eric is one thing. Getting all three stars in each stage is another. Stars are necessary for opening up new worlds, so while you don’t have to net all of them, pursuing them is far from optional. Whereas getting to the end-level flagpole might merely be a matter of swinging on a single gear, getting all three stars may require you to zig-zag across an obstacle course and then head for the goal.

Epic Eric is not an easy game. You absolutely need to get your knowledge of the game’s physics down pat if you expect to get anywhere, let alone three-star each level. Thing is, Epic Eric’s difficulty isn’t exactly unfair – most of the time – so mastering a level feels so very good. 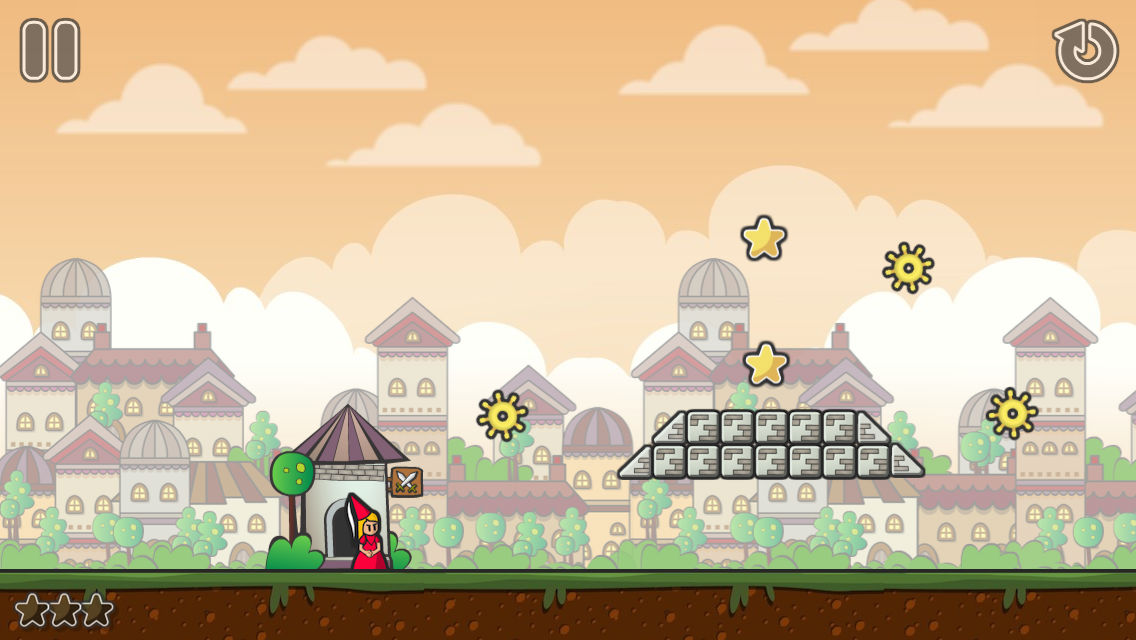 But Epic Eric still contains some moments where you’d be justified to turn off the game, smear peanut butter on your device, and feed it to your dog. There are no checkpoints, so if you bung up your journey to the flagpole after collecting three stars, you’re starting from zero. Worse, many levels contain robotic barrier arms that flip up and down, and waiting for these devices to lift and fall adds up to a lot of tedious moments – something you don’t want to experience in your tenth attempt at a level.

Prepare yourself, though. Even after breaking up with Eric (or Erica), you’ll almost certainly find yourself crawling back to them. Back to the pain. Playing Epic Eric may sometimes feel like having your ankle chewed up by gears, but it hurts so good.