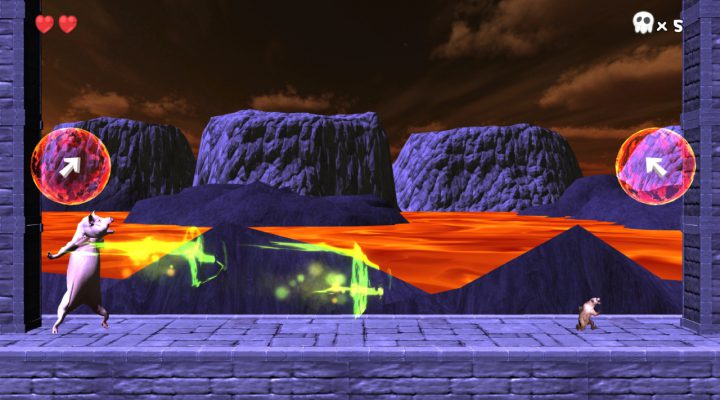 We’ve spoken about the very rare games that are so bad they’re good – and even if they exist – before. In our Scrap Garden review, specifically.

But Epic Dumpster Bear 2 has challenged those preconceptions yet again, because quite frankly it looks atrocious from any objective level. Using stock models and objects, it’s as budget as it comes aesthetically.

Yet this 2D platformer has rock solid fundamentals, and is genuinely a joy to play most of the time. It’s a truly mind-bending experience, and one that’s hard to accurately review.

You play as Dumpster Bear, and have to traverse levels crawling with enemies and obstacles – in places such as forests and factories. Not that these locations fully scan, as they’re so threadbare and patched together visually that they barely make any sense.

But here’s the thing, the level design is good. Sometimes even great. There’s a solid variety of different gimmicks thrown your way throughout, with something new always on the way whether it’s a new foe or power-up.

The controls are also excellent. Dumpster Bear is incredibly nimble considering he’s a stock model, with his momentum a pleasant combination of Sonic, Mario, and Donkey Kong.

His agile movement works perfectly in the levels too – there’s clearly been some thought in how best to make his abilities work in the environments. There’s a range of extra red coins in each stage for daring players to find too.

Now, Dumpster Bear 2 is far from a perfect game – its low rent visuals can’t excuse some pretty poor boss stages and occasionally cruel deathtraps – but it’s far better than you’d expect. And its low price point is praiseworthy considering the large number of levels to get through.

Dumpster Bear 2 knows exactly what it is, and is a prime example of how you shouldn’t judge a book (bear) by its cover.