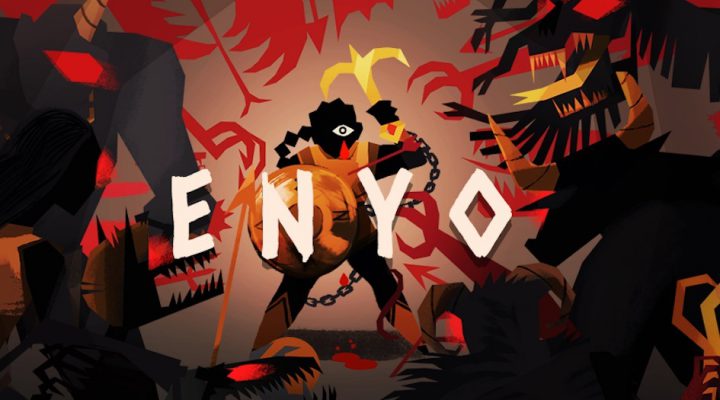 ENYO is a game that owes more to tactical strategy games than roguelikes, despite its initial impressions. You control Enyo, the greek goddess of war, as she tackles various mazes full of enemies that can be defeated only through indirect combat. It’s a tough kind of puzzle game with some strong strategy based elements, and it’s quite satisfying to play, despite its relative simplicity.

Each level consists of one screen. A number of different enemies reside on it, along with lava pits and spikes. You have to push or pull each enemy into one of those obstacles, killing them quickly and (sort of) cleanly. The trick is getting in the right position, while not getting hurt yourself. 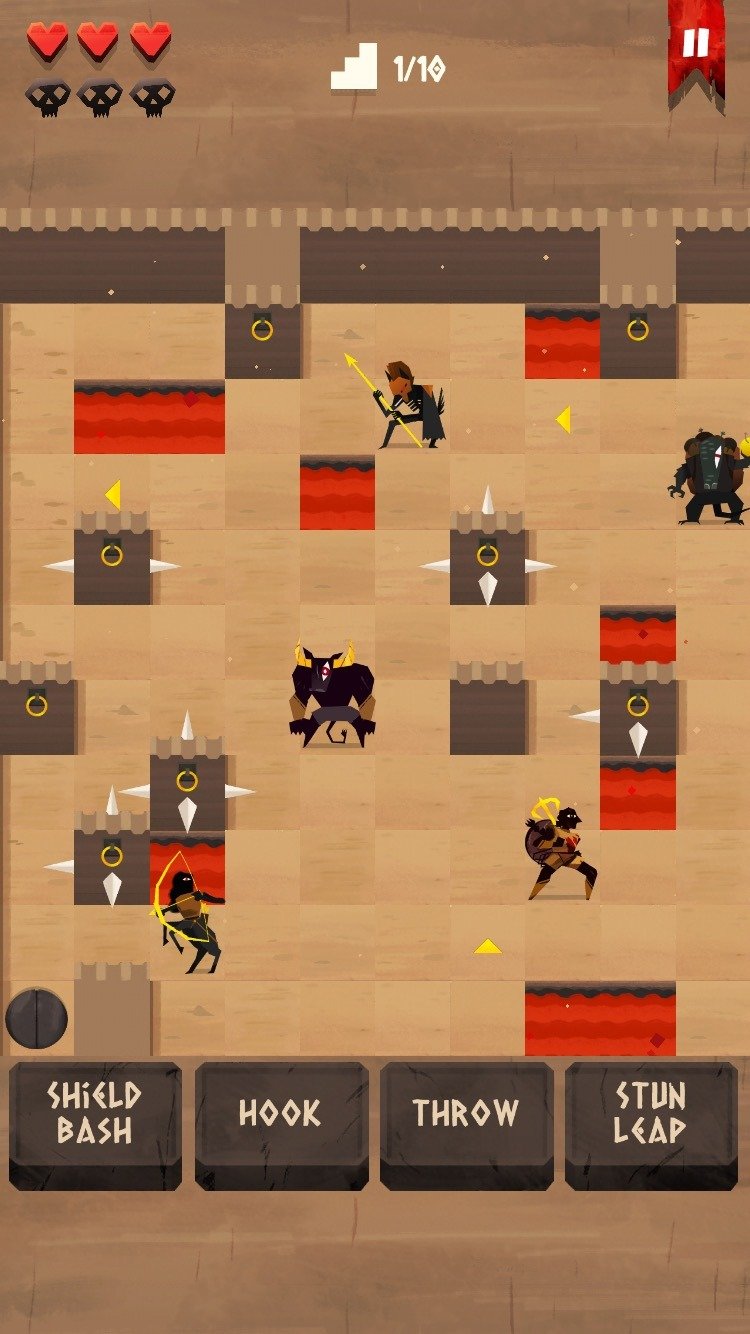 ENYO is turn based, meaning each time you move, the enemies move one step somewhere too. You have to take this into account each step of the way, as one wrong move can cause you a big problem. ENYO is fairly unforgiving in that you can end up trapped in a corner pretty much doomed to death, all because you made one foolish move. Fortunately, you have a fair amount of weaponry at your disposal.

Enyo has a shield bash attack, a hook, a throw move, and a stun leap that alternates with a jump button. Each serves a valuable purpose in an almost chess like manner. The shield bash enables you to push an enemy towards a spike or lava pit, while the hook pulls them to wherever you want to leave them. Throw has you fling your shield at them, but that means you can’t use the shield bash move until you’ve retrieved it. The stun leap offers restrictive places to leap, but is immensely powerful when used at the right moment. 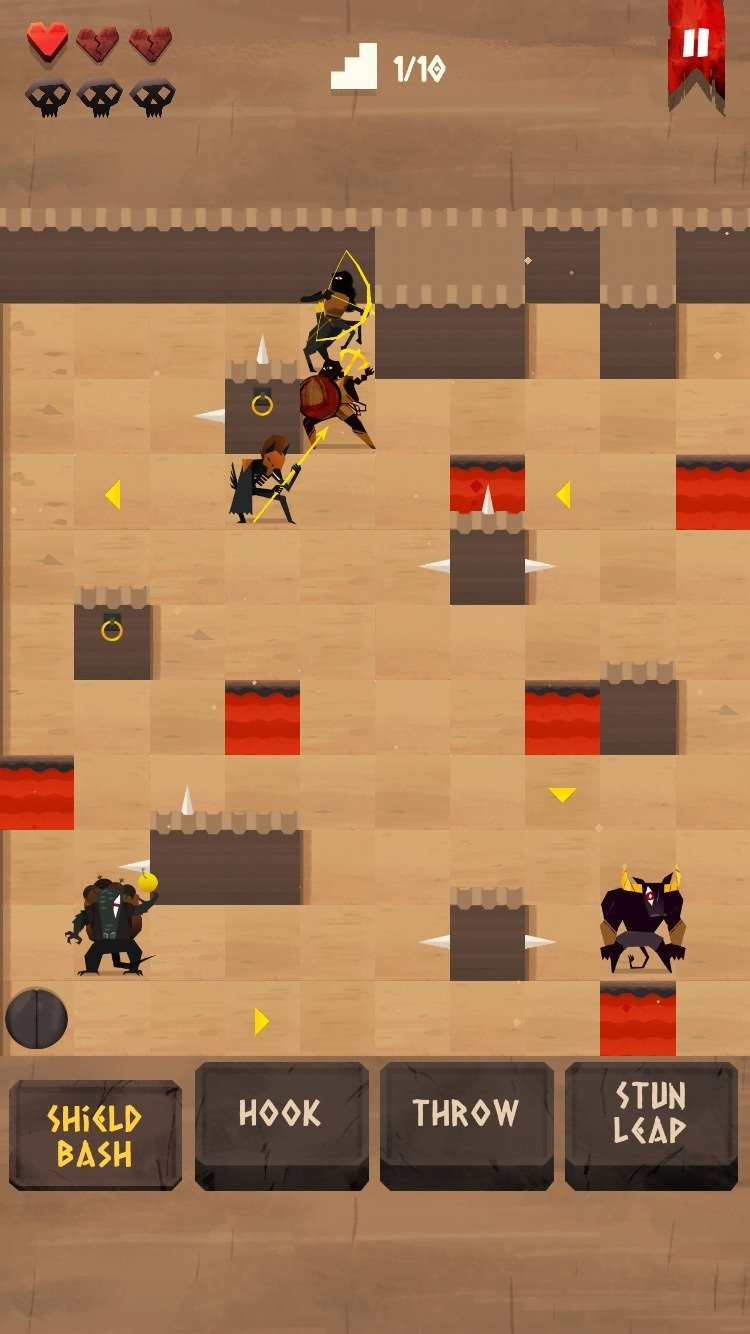 It’s easy enough to initiate each move, with a simple tap and drag motion doing all the work, but that leaves you to trying to figure things out properly. Taking your time is everything here. You need to plan each move wisely, and not rush into any foolhardy tactics. It’s all too easy to pursue one enemy before realizing you’ve left yourself open to attack from another. And that’s what makes ENYO simultaneously very satisfying and quite frustrating at times.

A tutorial explains the basics reasonably well, but some kind of guide demonstrating what an enemy can do to you would be useful early on, when you’re still learning just what to expect. At least you have three hearts, meaning you can risk making one or two mistakes if you absolutely have to.

There’s also the issue that once you do get into the right mindset, there’s not much else going on. ENYO doesn’t offer a level based structure, leaving you to mostly aim for great high scores. After several attempts, you’re presented with a video ad that must be watched to move on, but that seems reasonable for a free to play game.

On that note, you can buy a daily challenge mode which adds more to the experience. It’ll certainly test your skills too, given it comes with a special enemy called the Mimic, offering a random set of abilities to challenge you.

As a kind of violent puzzle game, ENYO is reasonably rewarding, but be prepared – you’re going to have to be pretty patient when you’re first learning the ropes.