Handles the challenging task of controlling two characters simultaneously as well as it possibly could.

Not much longevity thanks to flawed leaderboard system.

Entwined Challenge is the latest in a series of curious releases from Sony Computer Entertainment. Here’s yet another game in the vein of CounterSpy, that serves as a smaller chunk of one of their full titles, yet exists on its own as its own game and its own experience.

While they do have a vested interest in mobile with the Android phones Sony makes, these games are not exclusive to Google Play. And where CounterSpy was a stripped-down game that released a few weeks after the original, and featured content unlock tie-ins to the console and Vita versions, Entwined Challenge is something else altogether. This takes the concept of Entwined, where players control two different characters, and adapts that game’s Challenge mode into an endless runner with a focus on high scores. It winds up being a brief but interesting game that doesn’t deliver too much value on 99 cents, but hardly feels like a waste of money.

Players control two different characters through a tube, dragging up and down on each side of the screen to move the blue and orange characters along their half of the tube. The goal is to move the correct character through their color of target. Three strikes and it’s game over for should you miss.

These targets start off simple enough, like just moving the blue one through a static target, and the orange one not needing to go through anything. Then, the moving targets come up, where players must move a character through the targets to keep them in and to not get a strike. Then both characters will have these moving targets at once, and the game becomes about managing that feeling of rubbing your belly and scratching your head. Conscious, rapid thought of how to move each character on each side as the next target comes hurtling towards the screen is the key to success here. 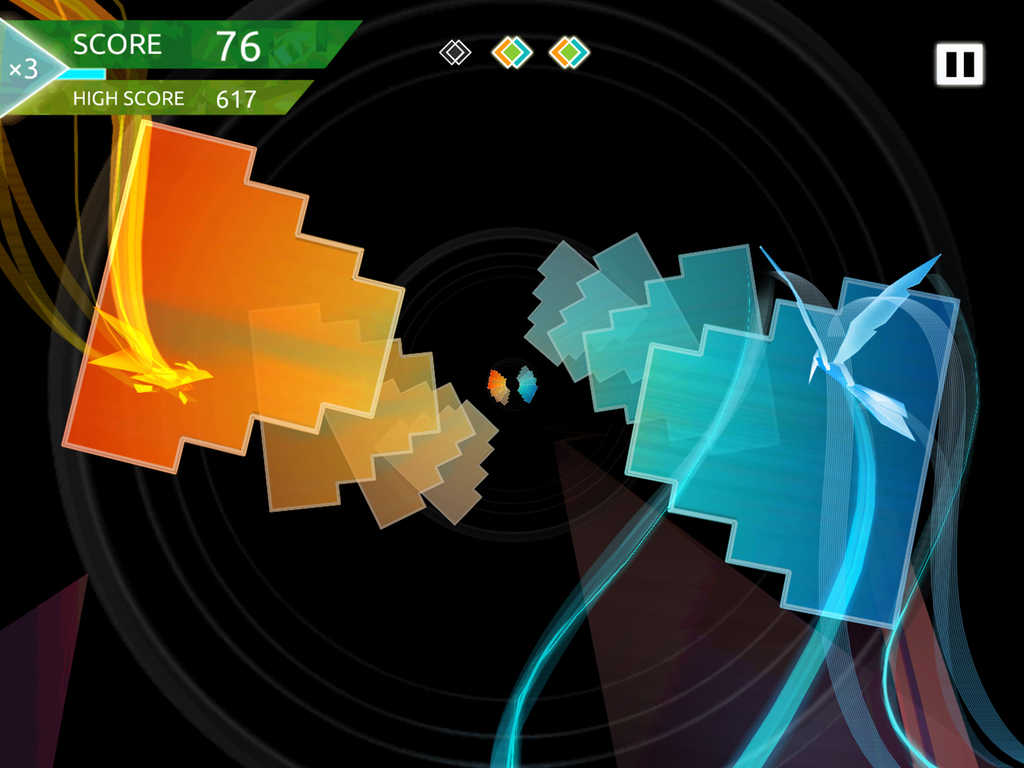 Content-wise, there are 5 different levels that serve as difficulty modes, where hitting a certain score threshold will unlock the next level. It’s not too hard once you play a bit and get the grasp of the double moving targets down to tear through things. After a while, it becomes just a high score game with competition on the leaderboards, but Sony makes an odd choice with the leaderboard support that hurts the longevity of the game. There’s no support for Game Center on iOS, instead requiring require Facebook in order to provide any sort of functionality at all.

Now, Facebook offers plenty of options for competing with friends and cross-platform support for leaderboards, but the issue here is not that, and more that not having Game Center on iOS for basic leaderboard functionality in 2014 is ridiculous. And even so, the lack of players on the leaderboards at all shows how unpopular this functionality is, where getting into high ranks didn’t take much playing at all. Just support the built-in features, Sony. 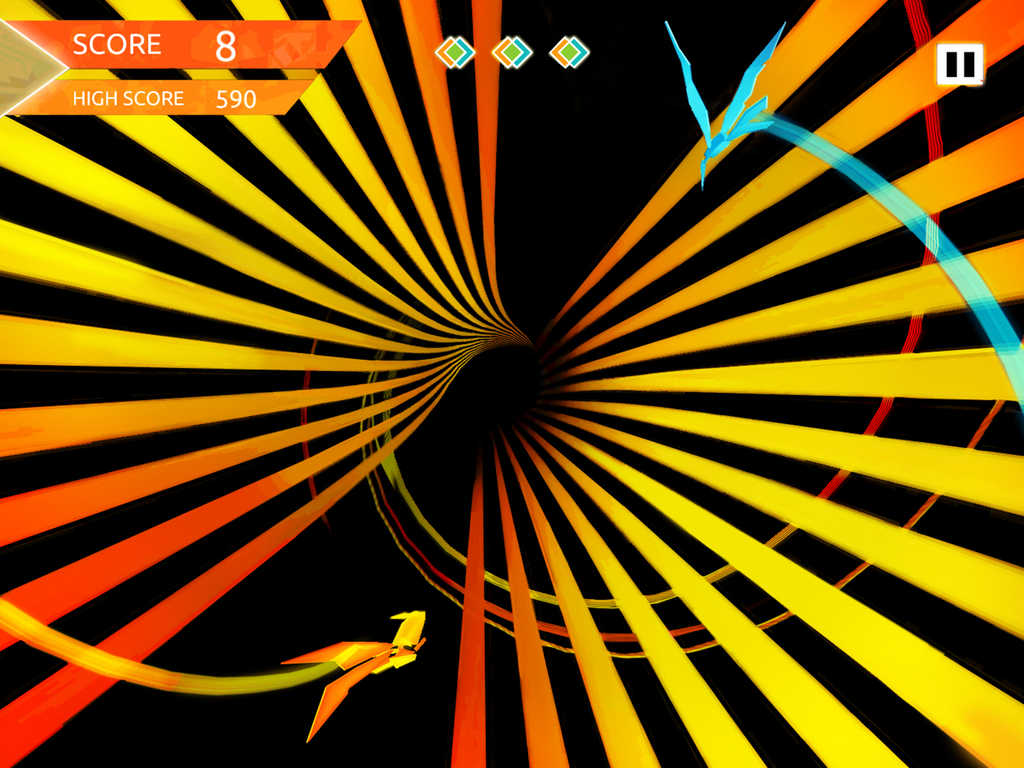 Entwined Challenge likely isn’t meant to be an overly long experience, since it’s explicitly advertised as a game that’s 99 cents with no IAP. And it might just be a clever idea that someone at SCE had in order to maybe push a few extra copies of Entwined. I mean, I’m curious now to see how this game works in a larger context.

As it is, this game is interesting enough of a challenge for just enough time that 99 cents for the curious player will not feel like a waste. This game does do a great job at making the innately-difficult concept of controlling two characters at once feel accommodating. But the poor leaderboard support is a killer for a game about high scores, when one focused run can take me to high enough that I feel satisfied with my rank enough to not consider playing much of this any more.