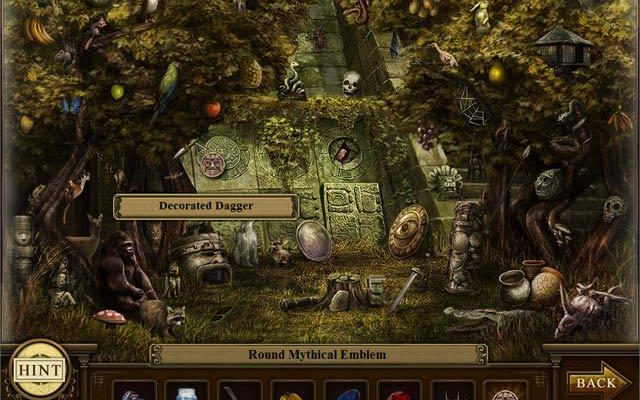 A fun and unusual twist on the hidden object genre.

Enlightenus 2: The Timeless Tower is a hidden object game with a twist: There are no hidden objects. In fact, it’s not really fair to call it a hidden object game at all, because it’s really more of a “hiding objects game.” Sound strange? It is, at first, but it’s also very good, and gamers who give it a chance will be pleasantly surprised by what they find inside.

Enlightenus 2 opens on a young woman who’s left her small town home to pursue a dream of being a big-city reporter. She loves her work and she’s good at it, good enough to attract the attention of Clarence Flatt, a highly-respected clock maker, now aged and infirm, and unable to complete his masterpiece. He asks for your help, and in return promises to deliver the biggest story of your career. 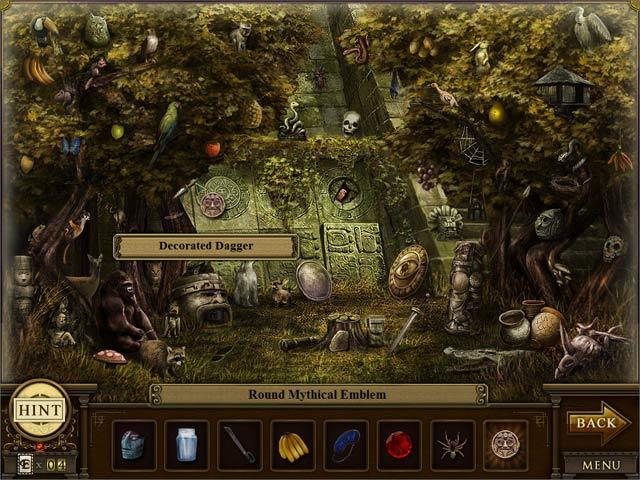 The adventure takes place in a remote, abandoned building known as the Timeless Tower, where Clarence was working on the perpetually-running Ageless Clock. But the clock collapsed during construction, scattering pieces of itself throughout the tower, each piece causing a “time distortion” that leads to another time and place in human history. It’s up to you to enter each era, solve its mysteries and slowly collect the pieces you’ll need to complete Clarence’s greatest work.

The distortions lead to places ranging from ancient Egypt and a medieval castle to Leonardo da Vinci’s studio, the British Museum in 1915 and even Venice in 1980. It’s an eclectic mix, but the scenes look great, as does the very magical tower itself. The soundtrack is pleasant enough, if not particularly remarkable, but more importantly it never becomes distracting. Animations are minimal, although that’s not really a problem given the nature of the game. And then there’s the gameplay.

In most hidden object games, you have a list of items that have been stashed throughout some fantastical scene and are tasked with finding them, but in Enlightenus 2 it’s precisely the reverse: You’re given objects and must hide them in the proper location. You don’t get to pick where things get hidden, naturally; everything has its place, as the saying goes, and there’s a place for everything, and your job is to figure out where that place is. 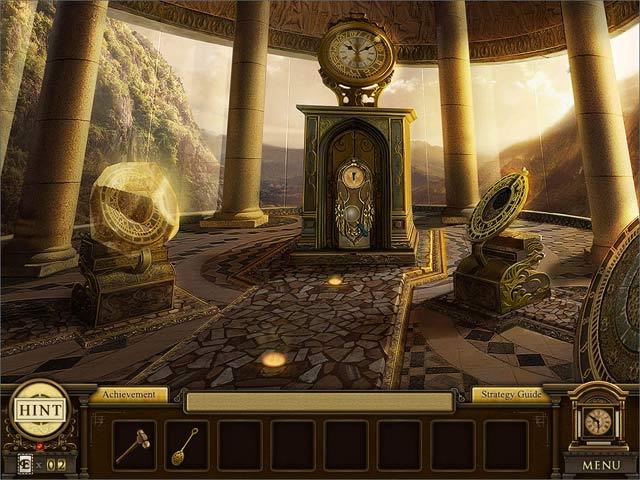 At a certain point in the game, for example, you’ll find yourself in a rollicking Wild West saloon, with a miniature arrow in your inventory. The perfect accessory for the Indian sitting at the table, right? Wrong! This is a miniature arrow, and if you look closely you’ll see a little tiny mouse with a little tiny bow in his hand and a little tiny glint in his eye that says he’s a rodent who needs to be armed.

Some object associations are quite obvious and some aren’t (the bow-hunting mouse falls somewhere in the middle) and that means that a good chunk of time will be spent moving your cursor over various objects in order to bring up their short written descriptions. These descriptions make determining what goes where a simple process; the trick is ensuring that you don’t overlook small but vital objects that are tucked off in a corner or behind a shelf somewhere. The game does offer hints but that’s handled a bit differently as well, as you must drop individual items from your inventory onto the hint button so the game can show you where they go.

The scenes do repeat, as many as a half-dozen times over the course of the game. But unlike the original Enlightenus, the levels in Enlightenus 2 are persistent, so changes carry over. It doesn’t have any noticeable effect on gameplay, but the continuity provides a feeling that something is being accomplished and that the levels are being “worked through” to some greater purpose. It’s a small but important detail that really helps alleviate the grind normally associated with repeating levels. 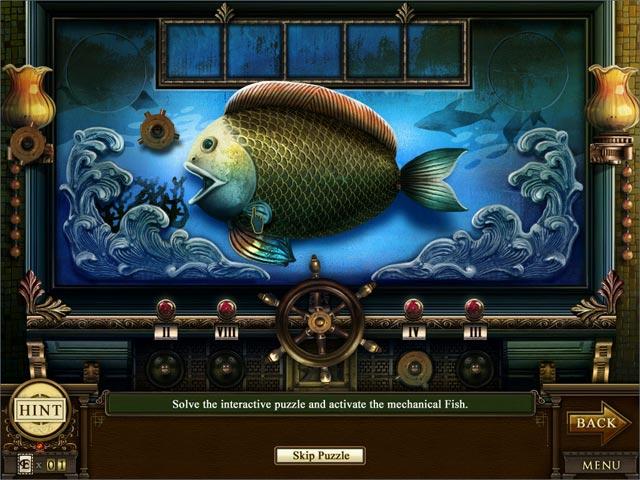 I said there were no hidden objects in the game, but that’s not exactly true. There’s a very small number of them scattered throughout each level of the tower which are used to open up new areas, although they tend to be placed in plain sight and even have that magical, attention-grabbing “HOG sparkle.” “E-Cards,” on the other hand, are an entirely different matter. There are two hidden in each scene and they are tricky little beasties to find. E-Cards can be used to instantly recharge the hint meter and skip puzzles but otherwise have no bearing on the game (save for three levels of Achievements for finding the things) and can be safely ignored.

Mini-games and puzzles are de rigeur for hidden object games these days and Enlightenus 2 is no exception. But most of this assortment have at least a whiff of originality to them, particularly the so-called “sketch puzzles,” which involve pencil-style drawings that must be animated in a step-by-step sequence. They’re memory games at their core and can easily devolve into exercises in trial and error, but they also include enough of a logical aspect that they can be largely figured out in advance.

The collector’s edition of Enlightenus 2 features a decent number of extras, including the aforementioned Achievements which, if they’re all completed, provide a “sneak peek” at Enlightenus 3. The soundtrack is available in stand-alone MP3 format, along with wallpapers, concept art, three bonus sketch puzzles, an extra game level set in the distant future and, most impressive of all, the full version of Forgotten Riddles: The Mayan Princess, a more conventional hidden object game.

A lot of time can be spent mousing back and forth across the screen trying to figure out what to do with one object or another, and players with a low tolerance for frustration may find their blood pressure rising when they discover that the juicy peach doesn’t go in the peach bowl but should instead be given to the “peach-loving baboon” in the tree. I certainly won’t try to pretend that every object combination makes sense, and gamers after a rational, logical experience may want to look elsewhere. This one, after all, features an opera house with an all-simian orchestra, one of whom, to his apparent chagrin, is naked.

But if what you’re interested in is a new take on the old HOG genre, then Enlightenus 2: The Timeless Tower might be right up your alley. With top-notch production values, an engaging story and even a bit of a heart-warming moral at the end, it doesn’t just do something different, it does it all very well. It’s not a perfect game but it’s awfully good and absolutely worth giving a try.