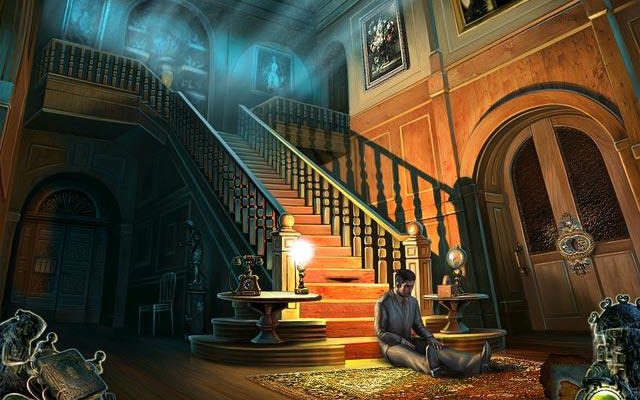 Enter a world of crazy contraptions and shadowy conundrums.

Enigma and shadows: the two are like bread and butter for hidden object gamers these days, and the latest harrowing tale from Big Fish comes with a healthy dosage of each. The adventure begins after your character has an eerie premonition about her boss at the agency, John, and things will only get darker and more mysterious from there. Enigma Agency: The Case of Shadows is a riddle wrapped in a mystery inside an enigma, and all in the middle of some fun exploration and hidden object gameplay.

The story of Enigma Agency: The Case of Shadows is probably the weakness part of this HOG experience. When you come to John’s rescue at the beginning of the game, you find your boss in a fairly feeble state after being frightened by an evil shadow creature. Unfortunately, John’s physical weakness becomes one of the major annoyances in how the overall plot begins to unfold, and he constantly interrupts his own important story of what happened as a result of this. For instance, one of your first long-term quests in the game is fetching John a glass of water, which of course, is much more complicated than it sounds. Once you finally get John his refreshment, he resumes his story exactly where he left off, like someone had just hit pause on the cinematic with no explanation. Then, just as he is about to reveal some super important information (literally it’s the very next word), he decides to faint and leave you completely in the dark again. 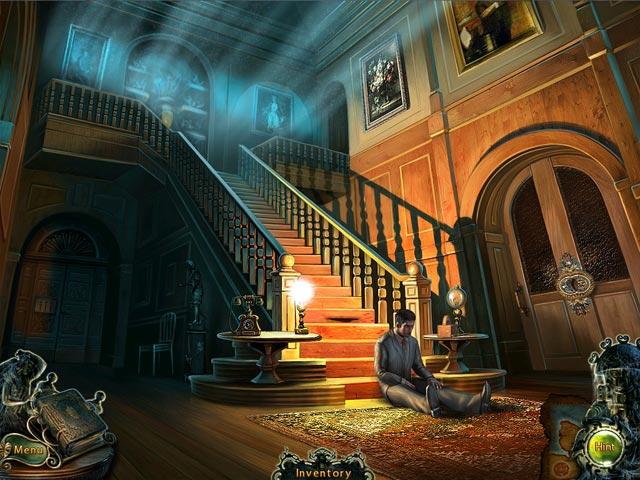 But besides some very clunky writing, all of the voiceover work is extremely well done, and the 3D character models are nicely executed, save for a few twitchy mouth animations. The point-and-click adventure is lightly peppered with hidden object scenes along the way, which come with a few interesting twists of their own, like combining interactive objects to fulfill specific item requirements on your list, or pinpointing hidden scorpions for additional in-game achievements. You’ll also find a few puzzles thrown in there as well, which are typically used as fancy and frustrating door locks, but these are nothing you probably haven’t seen in a hidden object adventure before.

With this being said, one aspect of Enigma Agency that really blew me out of the water was the inclusion of Incredible Machine-like contraptions which grant you some much-needed items through a series of fun chain reactions with everyday items. These complex contraptions are not only incredibly inventive, but equally rewarding when you actually figure them out. In each contraption screen, you’ll need to make sure the entire process runs smoothly before you set everything into motion, like putting a funnel at the end of some tubing to enable a gumball to travel down, or even using items in your inventory to help move the process along.

The first large chunk of the game is fairly self-contained within John’s estate, and while the house isn’t the sprawling size that you might be used to in hidden object games such as this, Enigma Agency does a wonderful job of crafting intricate exploration puzzles that force you to revisit each room a handful of times, but without it ever feeling redundant or like the developers are trying to pad the total game length. One of my favorite features about the exploration segments is the hand-drawn world map, which actually functions better than your clue journal in the game. When you move your cursor over each location on the map, the interface brings up an ingeniously helpful “Tasks” menu, which tells you exactly what you have left to do on any given screen at that specific moment: such as “Examine the whetstone” and “Don’t forget the anvil.” This is especially helpful, considering the sheer amount of obstacles you’ll encounter all at once in the game. 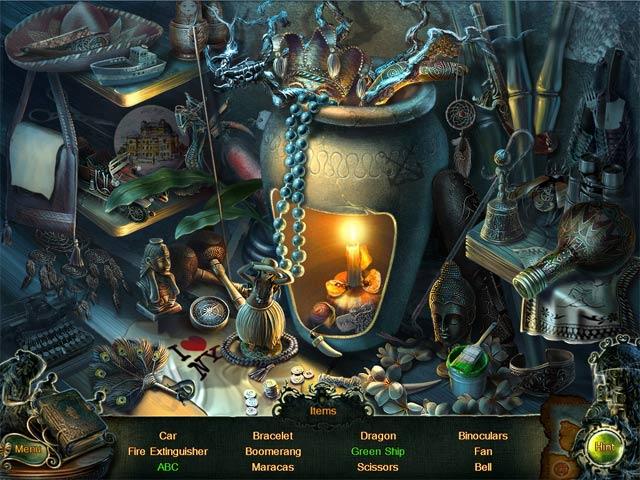 Enigma Agency is definitely a slow-burn of an HOG, and I think the reason for this is definitely twofold. For starters, sometimes a searchable area will be so tiny that it’s easy to overlook it when it’s placed so close next to something else. Almost every time I found myself stuck in the game, it was because I had overlooked another inventory item that had simply been blended into the scenery somewhere out of my sight. Furthermore, while most of the environmental puzzle solutions are firmly grounded in logic, there were more than a few that decided to bend the rules just a bit: unless it’s common knowledge that spooky shadow cats can only be vanquished by fire extinguishers. Maybe I missed that one in my agency handbook.

But even though Enigma Agency: The Case of Shadows loses its footing in a few important places, it still proves to be a very decent hidden object adventure, with some pretty cool and unexpected twists thrown in along the way. The game feels very compact, but in the best possible way: with tons of puzzles, secrets, and of course, hidden objects and scorpions to find lurking around every bend.