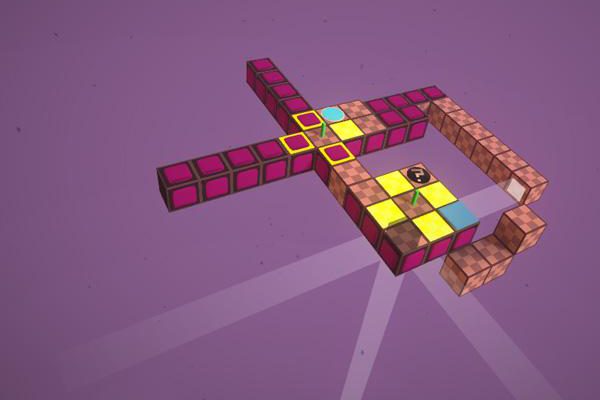 Whistle while you work…your brain off.

If you think that a weird, three-dimensional puzzle game that will tax both your spatial reckoning and your patience to their absolute max sounds like fun, then boy, have I got just the thing. It’s called English Country Tune, and it’ll drive you absolutely crazy. In love or out of your mind? That definitely depends.

There are, as far as I can tell, no actual English country tunes in English Country Tune; where the title comes from is a complete mystery to me. Instead, it’s a collection of brain-meltingly difficult puzzles laid out across stages with names like “Larva” and “Whale,” which require you to manipulate objects on 3D game boards covered with various obstacles and enveloped in a bizarre form of variable gravity. But each stage has a unique twist: in Larva, for instance, you control a blue square that flips across a grid, one square at a time, pushing balls into “incubators,” while Whale requires you to push cubes off of game boards by manipulating the beams of light that emanate from them. “Advanced” versions of both throw things into a serious tizzy, and it only gets worse – or better, depending on how you feel about such things – from there.

Game controls are fairly simple, although it’s easy to get disoriented with all the flipping and twisting going on. Everything is keyboard-driven, and wrong moves, even those that result in a failed ending, can be undone, so you can take back those occasional, inevitable missteps. (Trust me, it’s going to happen. A lot.) Each of the game’s stages and individual levels are accessed through a menu system that’s best described as a rotating molecule, and while it’s not necessarily the most practical way to get things done, it does fit very well with the game’s overall tone.

And even though country tunes are in short supply, English Country Tune is still a very atmospheric experience, with a soft, ambient soundtrack and graphics that are about as good as you can expect from a grid-based 3D puzzler. Backdrops for each level are a fairly dull monochrome, presumably to avoid being distracting, so to break things up a bit the game employs an odd, unfocused particle effect, kind of like imperfections on an old film, but in three dimensions. 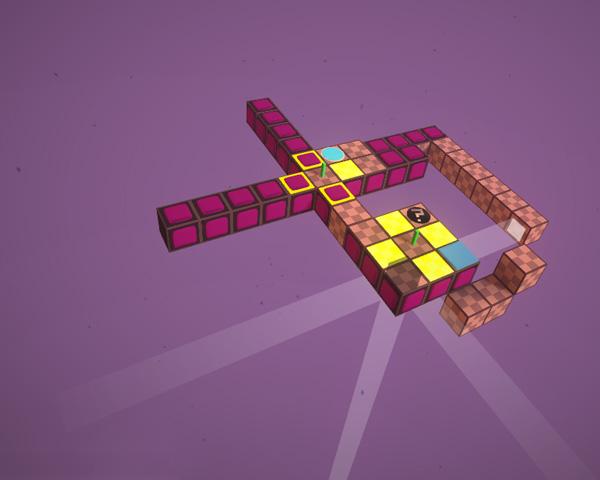 It’s a very difficult game to describe, but that pales in comparison to the difficulty of actually playing the thing. English Country Tune is hard, and making things worse, it makes no great effort to explain itself. One of the most fundamental elements of the game is gravity: The balls you push around are weightless, but they simulate gravity as a “camouflage technique” and fall off the board relative to how they were pushed. And that is the entire extent of what you’re told about it; beyond that, you have to figure it out on your own. The opening level of the Advanced Whale stage doesn’t even tell you what needs to be done to solve it.

Likewise, and unsurprisingly under the circumstances, no help or hints are available, so if you’re stuck, your only recourse is to keep banging your head against it until you stumble upon a solution, or give up and try again another day. The trouble is that unless you’re a serious fan of this kind of thing, there’s not much reason to come back to it. Despite being a Steam title, there are no achievements, nor is any kind of score kept or bonuses awarded for finishing a puzzle in a short time or small number of steps. Puzzles are either solved or unsolved; no other record of progress is kept. 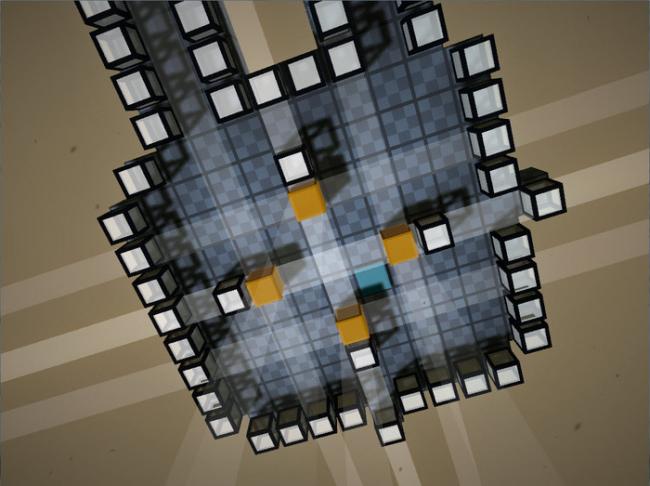 English Country Tune does what it does exceedingly well, and with more than 100 puzzles to solve, there’s plenty of it to do. But the challenge ramps up so quickly and steeply that I suspect a lot of less-than-hardcore puzzle fans (see: Myst) will be put off by it. It’s a niche game aimed at a niche audience, and if you happen to be part of that crowd then this will keep your brain happily engaged for a good long time. All the rest of you should consider yourselves warned. Stay out of the countryside if you’re a tourist.