Home / Reviews / Endurance [Switch] Review – What It Says On The Tin

Endurance [Switch] Review – What It Says On The Tin 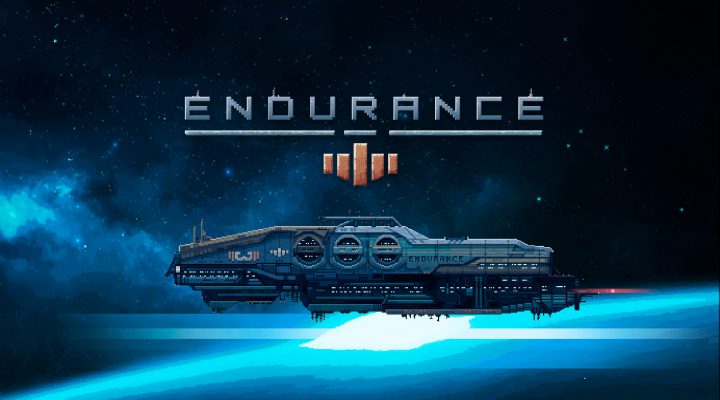 Gunplay solid rather than spectacular

Endurance is a game it’s hard to hate. Developed by solo developer Ivan Panasenko, it’s clearly a labour of love and has more personality than most triple A releases. Sadly it never manages to be a completely satisfying experience, but you certainly can’t fault its ambition.

A prequel to Panasenko’s previous title Ailment, it sees you exploring a sprawling maze of a spaceship under attack from a mysterious virus that’s infecting the crew and turning them against you.

Your solution is to wipe them all out by using a range of weaponry scattered throughout the craft. As for the action itself, this is done via a twin-stick system – kind of. Your weapon actually spins to where the right analogue stick is facing, and the gun twirls on the spot of your character.

This is initially quite bewildering, not only because it looks absolutely bizarre. After a while you do get used to it however, and although gunplay never feels entirely satisfying it’s not a complete fudge either.

The pixel-art visuals are very well done too, and although there are a few hiccups in terms of the presentation – the battle music can often jarringly cutting in and out when you’re in a firefight – the game concocts a fairly engaging world.

You can’t directly interact with most of the NPCs, but they often come out with amusing lines and your character can also be found talking to themselves as they traverse the many dark corridors.

Sadly despite its winning personality Endurance doesn’t do quite enough to hold your interest in terms of its gameplay.

The gunplay is solid, and progression is fast – thanks to an easy to understand map, and generous retry system – but despite throwing you a new weapon every now and then (there’s a solidly assembled upgrade system too) you slowly feel you’ve seen all the game has to offer before it ends.

This does feel like a game worth investigating on mobile rather than Switch if you have that option though, largely due to the fast paced progression and price difference.

Ultimately Endurance is undoubtedly endearing and is well worth investigating if you’re looking for a sci-fi style dungeon crawler – but all of us should certainly be excited to see what might come next from this developer.

Harry Potter: Puzzles and Spells Review – Is it a Dumble-bore?