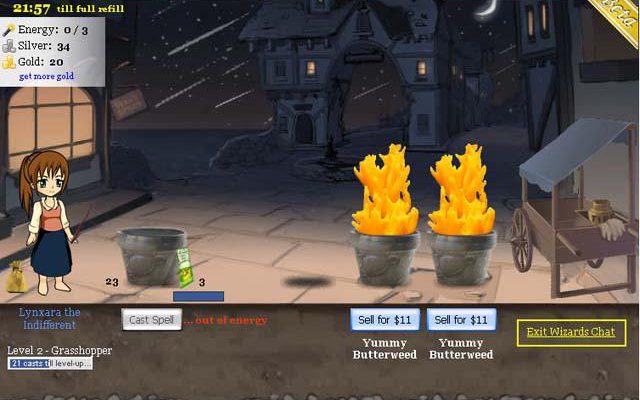 One problem that frequently faces the Facebook gamer is deciding which entry in a given genre to start playing. If virtual pets sound fun, should you pick up Pet Society or PetVille? Treasure Madness or Treasure Isle? FarmVille or Country Story? Frequently the decision will come down to what your friends are already playing or which graphics you like better. In the case of Enchanted Island, though, there doesn’t appear to be any other obvious Facebook game that plays largely the same way. It’s not a clone of anything and it doesn’t (yet) have any clones. This is so unusual on Facebook that it’s honestly a bit arresting. 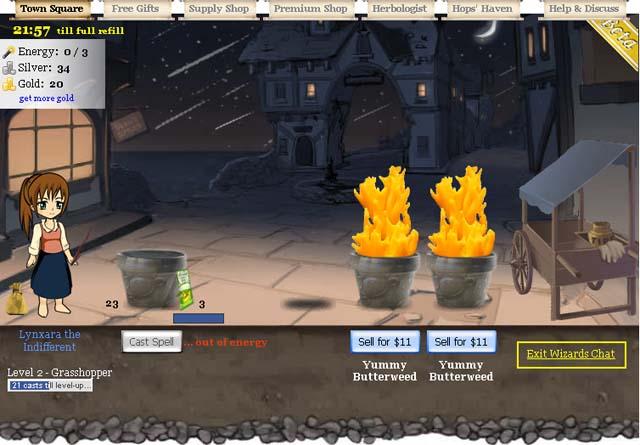 This is not to say that Enchanted Island is a devastatingly original project. In concept, it’s a fairly straightforward hybrid of a text RPG and a farming sim, but the game’s look and feel have nothing in common with the standardized appearance of games like Mafia Wars and FarmVille. You see your detailed avatar from a side-view perspective and focus on using your magic wand to coax seeds into plants that are magical but less outright fanciful than what you might grow in a game like Fantasy Kingdoms. 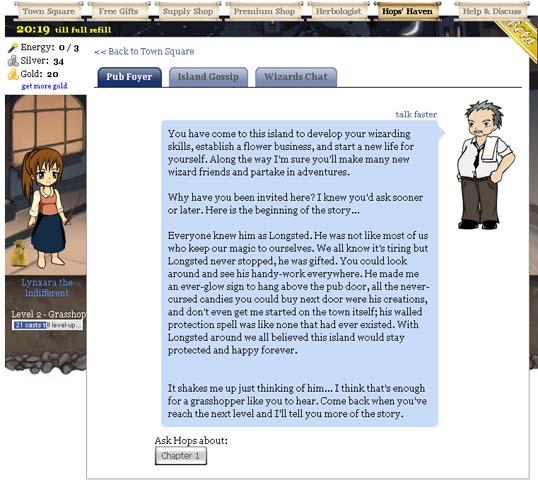 Once you’ve grown Purring Pussywillows and Yummy Butterweeds, you can sell them to other wizards who want them for potion ingredients. You get money bonuses for selling matched sets of three plants at a time, but which plant you coax out of a given seed appears to be basically random, drawn from a plant selection that is specific to that seed. As you level-up, you can buy better magic wands, pots, and seeds so you can sell better plants and make more money. You can also pursue various story-related quests, including some that relate backstory with the sort of gusto rarely seen outside of classic PC and console RPGs.

Where Facebook game design has trended toward games you play in one or more extended sessions per day, Enchanted Island is what you’d call a passive RPG. It’s designed to be left running in the background and clicked on throughout the day as your energy recharges, which seems to take about 5-6 minutes per point early on. Casting a spell consumes 1 point of energy from a 3-point maximum that does seem like it will increase later in the game. 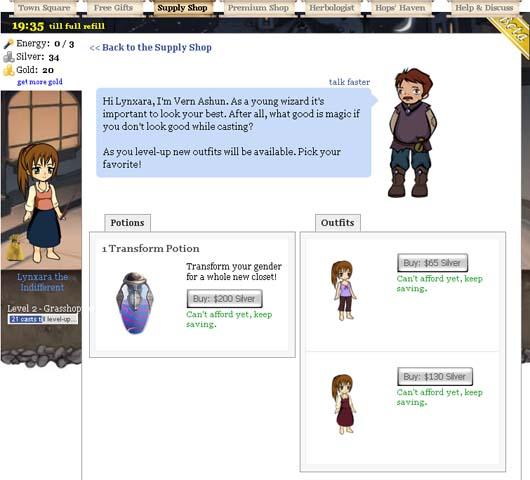 Even if you leave it running in the background and remember to click it regularly, you will still find that you level up very slowly. This is the game’s chief flaw in its early levels. It can be hard to want to fire it up regularly because so much of your progress feels incremental to the point of inconsequence. Some social features might ameliorate this, but the game honestly doesn’t seem to have many thus far (just a chatroom for talking to other players). If you do keep playing Enchanted Island, and there’s a good chance of that, it’ll be because it’s not a game you’ve already played a half-dozen times before on Facebook.