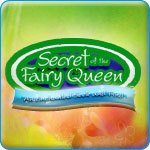 Enchanted Fairy Friends: Secret of the Fairy Queen is a calming, laid-back hidden object game filledwith lush, green scenes and set to a pleasant score composed of meandering wind instruments and lightly dancing strings – ideal ingredients to help one kick back and relax. If only a little more attention had been paid to the puzzles themselves, it would have been an easy recommendation.

The story begins with an introduction from the titular monarch, who tells players that if they assist her eight fairy friends in finding items they’ve lost in a dozen different picturesque locations, they will each reveal one letter of the queen’s name, which has never before been read by human eyes nor heard by human ears.

The game’s narrative and aesthetic is obviously geared for girls, but there’s no reason Enchanted Fairy Friends can’t test the item-finding mettle of mothers and grandmothers as well, thanks to three escalating difficulty levels that do a nice job of providing a challenge for players of all ages and skill levels.

Playing on the hardest setting leaves players with only text descriptions of the objects they must find, and reduces the time limit to a meagre 25 minutes—more than enough time early on in the game, but a decidedly short span in which to complete the later chapters, which tender a greater number of puzzles.

Unfortunately, these puzzles don’t measure up to the standards set by better games in the genre. The search scenes, which include fields, roads, and ponds, are pretty enough, but the hidden items are completely arbitrary and have little to do with the narrative.

Players will hunt for everything from ocean waves and popcorn machines to lipstick tubes and model airplanes. Why fairies have need for any of these items is anyone’s guess. The game would have benefited from either a different collection of objects with a fairy theme, or a narrative that offered a legitimate reason as to why magical creatures would want us to find items like dice, old shoes, and scuba gear.

What’s worse, objects aren’t to scale and lack color accuracy. In one puzzle an enormous baseball bat appears to be half the length of the sky and is tinted to match the hue of a sunset, while in another a treadmill is made to be roughly the size of a basketball. Some objects are so small that they are essentially unrecognizable — especially if you’re playing on the hardest skill level and going by text description alone.

This is a cheap and unfair method of concealment that smacks of lazy game design. Better game makers would have ensured that the objects for which we search were the proper size and shade and cleverly hidden them within the natural architecture and colors of the scene.

Thankfully, there’s more to Enchanted Fairy Friends than just hidden object puzzles. Once a sufficient number of hidden object tasks have been completed, the game guides players through a short series of discrete puzzles that are more in accord with the fairy theme.

The first is a stained glass picture puzzle. Players click on pieces scattered at the bottom of the screen and plop them down in the corresponding outlined shapes above. The finished pictures—typically of fairies or flowers—are pretty, but the puzzles are a little on the easy side; they shouldn’t take more than a couple of minutes to finish.

Upon completion of the picture puzzle, players move on to a spot-the-differences-in-twin-images challenge. We’re provided a pair of nearly identical portraits of fairies and ordered to identify incongruities. The variations are generally obvious; one fairy will have a flower in her hair, one will be wearing a bracelet, and so forth. Expect to finish these puzzles in under a minute.

Following the portrait puzzle, players are tasked to organize a series of objects in a particular order. Most of these challenges are simple as well (lining up dew drops in order from largest to smallest, for example, seems like a job for a preschooler), but some—such as one puzzle that makes players arrange groups of flower stems by their number and location—can be pleasingly perplexing.

The game runs players through this succession of puzzle types twice for each of the eight fairies, adding extra hidden object puzzles each chapter to make it more difficult to beat the clock.

If you manage to make it through the game without failing to finish a chapter in the allotted time—which is likely on the easy and medium difficulties—you’ll finish in under four hours. Given that some games in the genre run closer to ten hours, the value proposition is a little shaky.

The short play time combined with the poorly designed hidden object puzzles makes Enchanted Fairy Friends: Secret of the Fairy Queen a difficult game to endorse. A pity, as it puts to waste a pleasant aesthetic.