Home / Reviews / Empress of the Deep 3: Legacy of the Phoenix Review

Empress of the Deep 3: Legacy of the Phoenix Review 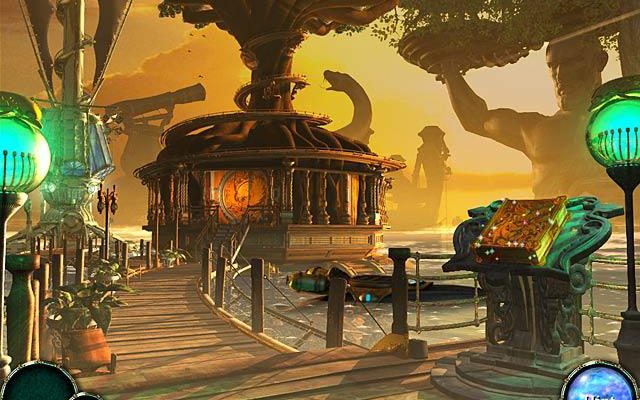 A creative and beautiful world to explore.

Wake up, Empress Anna! Time to stop your evil twin sister again! Empress of the Deep 3: Legacy of the Phoenix from Silverback Games continues the tale from the first two installments of the series, with the malevolent Pandora harnessing the power of the Colossus and threatening to destroy the world. With the help of the guardians, though, you can resurrect the Phoenix and find your lost tribe. Who knew sibling rivalry could be so destructive?

Empress of the Deep 3 neatly balances adventure sections with multiple flavors of hidden object scenes and mini-games. None of these individual elements overshadow the others, and even though the puzzles aren’t too challenging, the setting is so strong that you’ll find yourself captivated by them all the same. If you’ve played Empress of the Deep: The Darkest Secret and Empress of the Deep 2: Song of the Blue Whale, you’ll appreciate the connecting story elements and frequent callbacks. However, knowledge of the previous games in the series isn’t necessary to enjoy Legacy of the Phoenix. 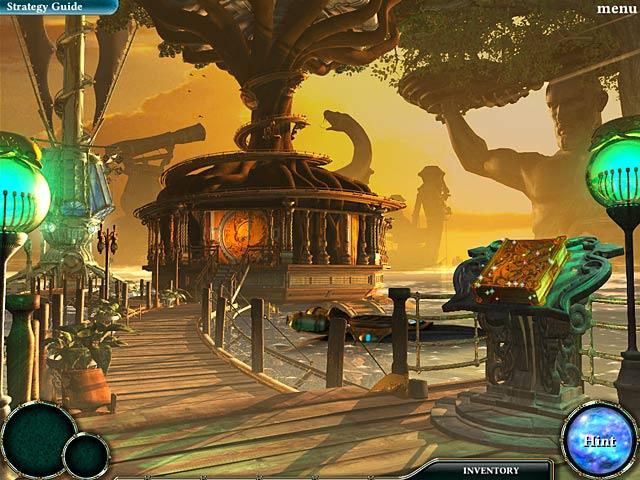 There are three types of hidden object scenes in Empress of the Deep 3: standard list-based scenes, multiple object hunting scenes, and fill-in-the-blank scenes. The former features a dozen or more items shown at the bottom of the screen. Yellow items must be uncovered before you can collect them, in a process that usually involves opening cabinets or spinning things around to check out their obverse side. Some objects are a little unfairly obscured, especially in areas where the color palette sticks to a few shades. Multiple object scenes are laid out in a similar fashion, challenging you to find a certain number of an item in each location. Fill-in-the-blank hidden object scenes are more involved and arguably more entertaining. Here you must first locate each item and then place them in the correct spots.

Empress of the Deep 3: Legacy of the Phoenix is rich with atmosphere, beautiful artwork and an intricate backstory. The setting is one part fantasy and one part steampunk flavored with just a touch of science fiction. The world itself often steals attention from the actual game, which is pretty standard in terms of design and layout. The extra content in the collector’s edition includes a bonus chapter and an unlockable puzzle game called Zem II. 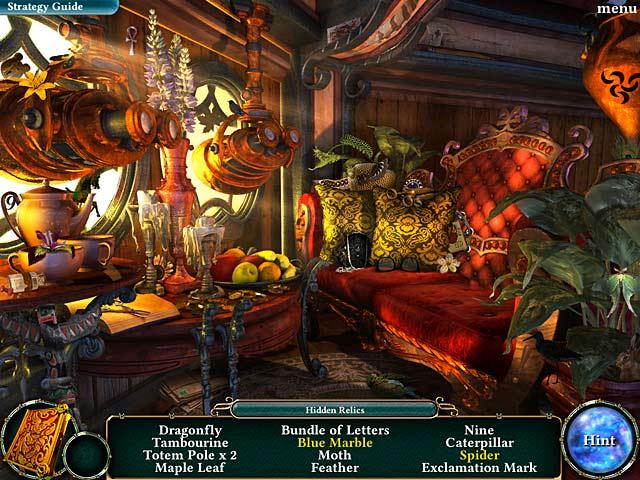 Some of the interface elements in Empress of the Deep 3 feel like a throwback to hidden object games from ten years ago. The hint system, for example, is functional but merely provides a text description of what needs to be done next. Many of the information windows appear and disappear a little too slowly, forcing you to wait a few moments while the fading animation completes. Not a game-killer by any means, but noticeable throughout the experience.

Compared to previous Empress of the Deep games, the third in the series falls just the tiniest bit flat. Considered on its own, however, Legacy of the Phoenix rises well above many competitors in the hidden object world, winning big points with an imaginative art style and believable setting. The mini-games, hidden object scenes and puzzles in general are pretty much standard fare, but they don’t feel stale or overdone, letting you work through this delightful journey without a hitch.