Home / Reviews / Empress of the Deep 2: Song of the Blue Whale Review

Empress of the Deep 2: Song of the Blue Whale Review 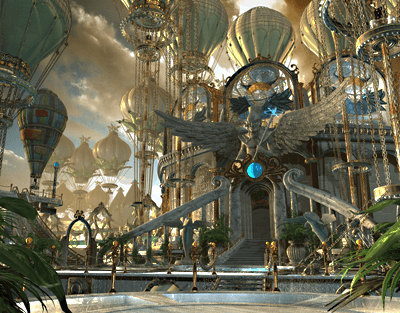 Hidden object fans will find a lot to like in Empress of the Deep 2: Song of the Blue Whale

A year after the impressive debut of Empress of the Deep: The Darkest Secret, the sequel, Empress of the Deep 2: Song of the Blue Whale, is finally here. It’s deceit, betrayal and madness all over again, wrapped up in an engaging and highly polished game that fans of the first will find immediately familiar and well worth the wait.

Empress 2 opens with a quick but thorough retelling of the original Empress of the Deep, in which Anna, the true Empress, found herself trapped inside a crumbling undersea tomb. After struggling to recover her lost memories, she escaped the lovely, doomed Ark of Humanity seconds before its destruction. The sequel begins immediately after those events, as Anna’s escape pod deposits her on an isolated beach. Her memory remains fragile but with the help of an old friend, she’s soon on her feet and back in action.

Empress 2 is almost a pure hidden object game. There are occasional puzzles, although none that tease the brain to any real extent, and a smattering of inventory that’s limited almost entirely to collecting the pieces of those puzzles. But hidden object searches are the real order of the day. Interestingly, while Anna’s Sky Castle is exotic and wondrous, most of the hidden object scenes are actually rather mundane, yet they’re also quite tough, packed with small, well-hidden items of all shapes and sizes. They’re a worthy challenge for any hidden object fan.

Outside of the hidden object scenes, most of the gameplay is pretty easy stuff. Puzzles, as mentioned, are few, far-between and lightweight, and the individual puzzle pieces stashed here and there throughout the game are generally very visible and easy to pick out. A detailed diary provides most of the information you’ll need to keep the action rolling and when the situation gets really sticky, the hint function will bail you out with specific instructions about where to go and what to do next.

Although it doesn’t do anything overly remarkable in gameplay terms, its presentation is another matter entirely. Empress 2 is gorgeous, with lush, colorful graphics and an abundance of animations that bring the dream-like magical castle in the sky to life. Background audio is subtle yet very effective and perfectly suited to the setting, and the plentiful voice acting, although there are bits that seem unnecessarily repetitive, is generally quite good as well. There’s even a surprise twist ending – which I won’t spoil except to say that, yes, there’s a surprise twist ending! – that’s interesting and fun, although what it actually means, I have no idea. Stay tuned for Empress 3, I suppose.

Empress of the Deep 2 is a Collector’s Edition but it takes a different approach than most other HOG CEs. A detailed strategy guide is integrated into the game but instead of serving up the usual bonus content, like an extra level and maybe a soundtrack and some wallpapers, in Empress 2 there are eight “diary cartridges” written by a certain someone that have been left lying around the Sky Castle that tell the tale of Empress of the Deep from a different, and very warped, perspective. 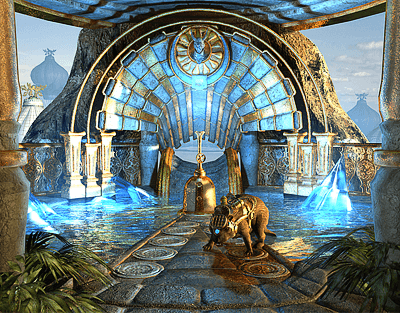 More important, however, is that collecting them all unlocks Zem, a type of “gem matching” game which is actually pretty good fun in its own right. It gets fast and furious after a few rounds, but quick thinking is just as important as quick reflexes if you want to earn all three of the trophies up for grabs. (I’m still working on gold.) Zem is very much an “easy to learn, hard to master” kind of game and really helps make Empress 2 something you’ll want to keep around long after it’s finished.

Empress of the Deep 2 does suffer from a few minor issues. The map section of the diary is nice to look at but not very useful, although the game isn’t big or sprawling enough for that to ever become a serious problem. The inventory window has a bad habit of popping up and staying in the way if the cursor happens to be at the bottom of the screen during scene transitions. The plot is a bit dodgy, to put it politely, and it’s definitely not a game for people who don’t like cute, wet-eyed animals. The biggest knock against Empress 2, though, is that it’s basically Empress 1 all over again, with a few small tweaks and refinements.

Not that that’s much of a complaint; the first Empress of the Deep was a really good game, after all, and hidden object fans will find a lot to like in Empress of the Deep 2: Song of the Blue Whale. It’s beautiful, it’s intriguing and it’s challenging. It may not do anything new, but it does the same old thing very, very well.

Back to the Future: The Game, Episode 3 – Citizen Brown Review