Emma and the Inventor Review 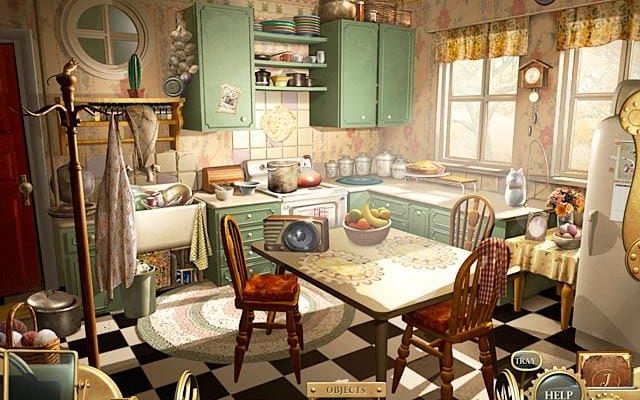 Most of us have grandfathers but few (if any) of us have one who conducts bizarre scientific experiments in a gorgeous house in upstate New York. If we did, we’d no doubt be visiting him often just like young Emma Jenkins does her eccentric grandfather in Tricky Software’s Emma and the Inventor. While this polished hidden object title offers some creative hidden object scenes and a charming soundtrack, it’s ultimately undone by a too-familiar concept, too-easy puzzles and too-thin content.

Things start out promisingly enough with Emma leaving her New York city home to stay with her grandfather in the rural burgs of upstate New York. Anticipating another idyllic visit, she’s shocked on arrival to find that one of her granddad’s experiments has gone horribly wrong and has zapped him to an alternate dimension. Realizing she’s the only one who can save him, she sets about poking around his secret-filled country house for clues to rebuilding his last invention—a mysterious machine. 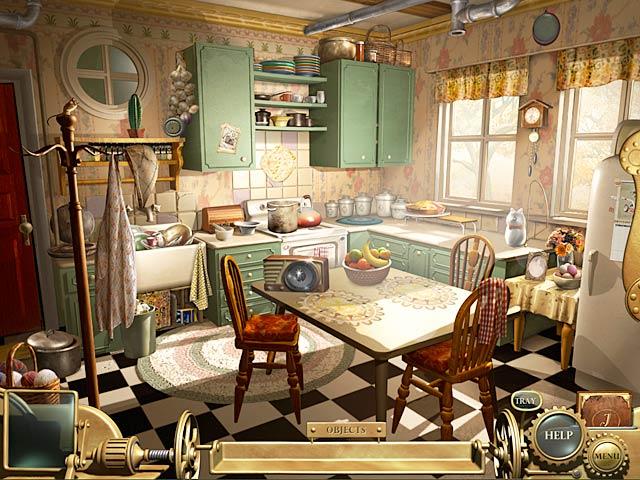 Machinery’s a big theme in this cute little adventure, even in the way the game is presented. With buttons, gears and turning platforms, the interface looks like something out of a 19th century inventor’s workshop and when you reach for an item, you do it using a pair of shiny metal calipers. This constantly reinforces the context and storyline and brings a spark of steampunk magic to an otherwise everyday setting. Another cool aspect of the game is the way it handles hidden object sequences. Most hidden object games use things like cluttered rooms and debris-strewn ruins but Emma and the Inventor often makes use of things like oil paintings or ancient documents. Even better, during these the game’s music changes to reflect the theme of the scene: harpsichord and violin for a landscape and accordion and flute for a ship at sea, for instance.

Emma and the Inventor presents these hidden object sequences and in fact, all of its mechanics clearly: for some gamers, perhaps too clearly. Nearly every interactive area and item is highlighted by sparkles (not something you can toggle off) and the game marches you forward, rarely asking you to return to previously-encountered areas. Puzzles will be familiar to most hidden object and adventure fans but will likely prove far too simple for all but the most inexperienced of players. This lack of challenge makes the game feel short but even if the puzzles were harder, the fact is, it is short. Most players will blow through the game in a measly two hours only to arrive at an unsatisfying ending that makes them feel as if all the excitement happened somewhere else and they’ve missed it all. Worst of all, once this anticlimactic two hours is overwith and the credits have rolled, there isn’t a shred of unlockable content to keep things going.

Emma and the Inventor has some good potential but fails to deliver on it. Having started out with likable characters, an interesting (if not particularly original) premise, and a creative approach to hidden object gameplay, it then falls short by wrapping things up with a disappointingly hasty ending that’s appears designed to make you feel left out.