Home / Reviews / Elune Review: Haven’t We Seen This Before? 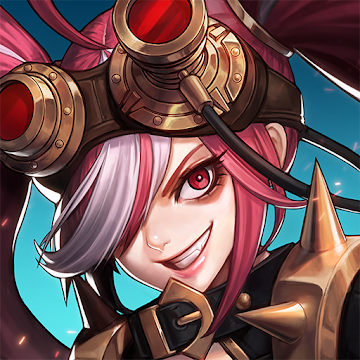 The battle formations are fairly interesting

It's a looker with excellent combat animations

Elune is the latest gacha RPG to hit the mobile app stores, and it’s more of an evolution rather than revolution. The same basic principle remains: you summon a bunch of heroes, place them into a team, and head on out into endless turn-based battle to gather some loot.

There are some key differences though – most notably with the summoning system. There are four different ways to summon: Premium Summoning, which costs real money, Premium Ruby Summon, which can cost real money though you can get Rubies just for playing, Select Summon, an insanely expensive type that lets you re-roll summons you don’t want, and Friendship Summon, which rewards you for playing with friends.

On paper, the idea of a re-roll ability is a positive: who wouldn’t want to re-roll when they get a useless character? The problem is, that particular type of summon costs a whopping $30, which is ridiculously expensive even in a game of this type. Also, take a quick glance at the drop rates and you’ll see that barely any heroes have a chance over 1%, so what real difference will three extra re-rolls provide?

On Paper, Re-Rolling For Summons is a Great Idea but in Practice it Makes Little Difference

In terms of gameplay, there’s an interesting formation system in play. It’s nothing particularly new – formations are becoming commonplace in the genre – but we appreciate the various different options, which allow you to equip a various different number of frontline and backline Elunes and provide you with statistical bonuses depending on the formation you choose.

The actual gameplay is very much the same though. You’ll likely just slot in your most powerful Elunes and auto-battle your way through the various different levels. Why not? It’s not like actually playing the game makes much of a difference. The end result is all determined by statistics in games like this, where paying your way to power is far more effective than actually playing the game.

So overall, our biggest issue with Elune is ultimately a fault of the genre, which doesn’t include even the smallest degree of skill, and simply revolves around spending money to get yourself a fancy looking new character that will boost your stats enough to allow you to progress through the next few levels.

Our Biggest Issue With Elune is the Same With That of the Genre: its Greed

Elune makes a few changes that look good on paper, but the end result is exactly the same. You’re still watching identical battles play out in identical levels for the sake of tiny rewards here and there that will allow you to bump your statistics up a bit. When you hit the inevitable pay wall you’ll either drop some cash to get over it or drop the game entirely.

If none of that bothers you in the slightest and you like these sort of games then Elune does offer a higher level of polish than many of its competitors. It’s good looking with excellent animations and the unique formation and summoning systems might just be enough to get you to invest in it.

Those who don’t like gacha RPGs will have exactly the same reaction to this one. It doesn’t do anything all that different to its competitors and its greed is on display for all to see.