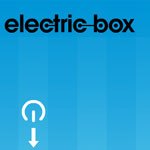 Electric Box, as the name might suggest, is a game about electricity. Specifically, it's a game about conducting electricity. You'll need to use a variety of objects and devices to move power from one point in the puzzle to another, but the most important tool you'll use is logic. It's been a long while since we've seen a game that put our basic reasoning skills to the grindstone so intensely.

An 8×8 playfield plays host to a power supply and a target item. The object of the game is the get electricity to the target item through any means necessary. You'll use a variety of contraptions in each puzzle to attempt to complete this goal. For example, you may hook a light bulb up to your power supply and put a solar panel on your target item so that it gets the juice from across the room. Or you might need to heat up a kettle to charge a steam collection high above you, or place some fans to make sure you're guiding that steam to its intended target. In Electric Box's earlier levels, you'll be eased into the different devices available and what they do while grasping the basics of the gameplay. Pretty soon though the puzzles ramp up in difficulty, often requiring a dozen or more steps to get the power where it needs to be.

Electric Box offers up 15 challenging puzzles that require brain-straining logic rather than simple spatial recognition. Rather than having your hands on the mouse, fiddling around with the different pieces to see what works, most of your time will be spent with your eyes on the screen. It's not often that we see video games that require us to spend more time thinking then reacting, but Electric Box does just that. For the puzzle genre it's a breath of fresh air. More than once during the course of gameplay I found myself muttering out loud about the puzzles I was trying to tackle: “If I have the robot move the mirror then I can turn the power on for the fan, but then I can't have the kettle powered which I need to keep the light bulb on, so maybe I should…” It's utterly confounding sometimes, but that only adds to how good it feels to get a puzzle right. There's a sense of accomplishment for every puzzle in Electric Box that ranges from smug to ecstatic, and is often followed by a sense of wonder at the designers of such ingenious puzzles.

For the creative gamer, Electric Box also offers up the opportunity to become an ingenious puzzle designer as well. The game also features a level editor that will let you create your own levels from scratch and then share them with the world. Once you've mastered the main game creating your own levels and tackling the user-created content of others proves to be just as much fun as everything that's lead up to that. There's an overwhelming sense of pride that comes from assembling an impressive level, and thanks to the limited 8×8 nature of the playfield it never really takes more than 5 or 10 minutes to whip up something fantastic. Thanks to how little the gameplay relies on flashy gimmicks or cheap tricks, there's nothing in the editor that one might find overwhelming. If you've enjoyed the 15 levels to their fullest, you should feel remarkably comfortable building your own puzzling provocations.

As well-designed as the level editor is though, there's one major flaw that can ruin the whole experience; you can't go back and make any changes after you give your level a playtest. It's beyond frustrating to spend 20 minutes mapping out the perfect level, going in to give it a test, and realizing you've made one little mistake. Rather than simply going back into the editor to fix it, you're given a code to share your level and move on. If you want to make a change you'll have to re-open the level editor and start from scratch.

Logic games that offer up a genuine level of challenge without ever feeling deceptive are a rare treat nowadays, and Electric Box fills that void nicely. The puzzles are never impossible, although some are difficult enough to give you a real sense of accomplishment once you've mastered them. The final two stages ramp the difficulty up drastically, but the exception of those there's very little in Electric Box that isn't accessible to everybody. Well-polished, well-presented, and endlessly playable thanks to user-created content, Electric Box is a definite must-play for gamers looking to give their brain a solid workout.