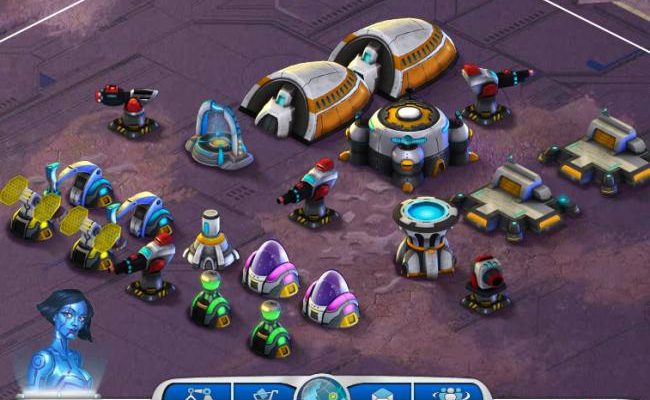 It’s hard not to get a sense of deja vu upon booting up a new game developed by Kabam, as each game tends to play much like the last, albeit with a few tweaks and a new theme. Edgeworld largely follows this trend, playing out a lot like a sci-fi version of Global Warfare. But it manages to improve on its predecessors thanks to a much improved, and much more engaging, new combat mode.

Edgeworld takes place on a hostile alien world where no one seems to be able to get along. Different factions have staked claim on small plots of land, and you’re just the latest. An empty square surrounded by alien wilderness serves as your base, and it won’t be long before it’s full of all sorts of technology: from research labs and resource producing mines and refineries, to defensive turrets and barracks for training soldiers. Since everybody seems to want to fight everybody in Edgeworld, keeping your base well protected is vital. 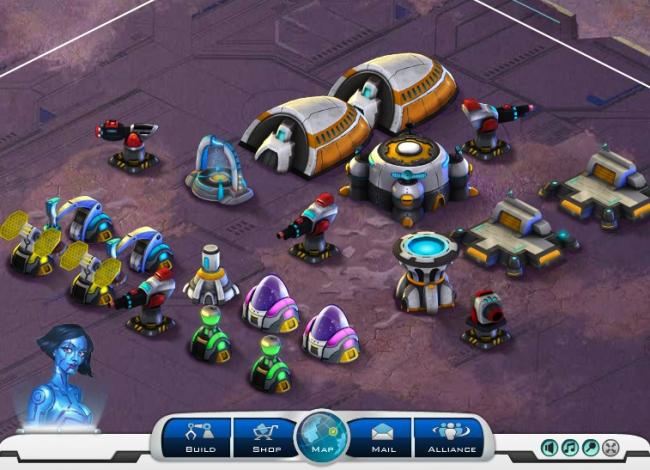 Things play out for the most part the same way they do in other Kabam-developed games. You’ll build functional buildings and collect resources and train troops, all of which takes real-world time to complete. It takes a while for Edgeworld to get going, but eventually you’ll find there’s quite a bit to do. You can also, of course, attack other bases and steal their resources. Initially you’ll be limited to computer-controlled bases, but after a brief grace period you can attack other players as well. And they can attack you.

The one aspect of Edgeworld that really stands out, though, is the combat. You no longer simply send troops to a base and wait for them to return, hoping for good news. Now you actually have much more say in the battle. You can scout any base to check out its defenses and see what resources it has, and then you have the option to attack. And here you’ll be able to amass your own team of soldiers and deploy them where ever you deem strategically best. There’s a wide range of units to research and train, and how and where you decide to deploy them actually has a strong impact on how the battle will turn out. And the simple fact of being able to watch the combat makes you feel that much more involved.

It also makes base building a much more strategic aspect of the game. How you decide to lay out your base, and where you decide to place your defensive turrets, has a big impact on how successful other players will be when attacking your base. There’s a nice balance between having to solidify your defenses, while at the same time constantly improving your military might. 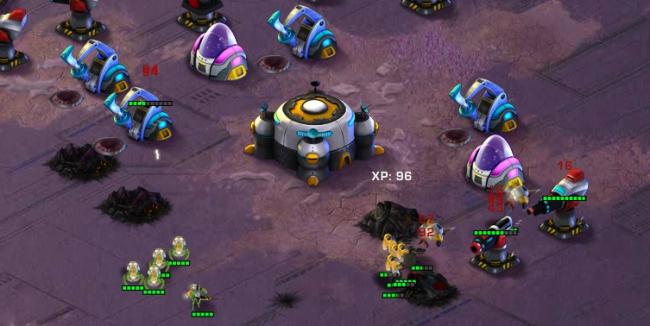 Edgeworld also looks great, as is the norm with Kabam games. The artwork is detailed and beautiful and even the menus look slick, fitting in quite well with the sci-fi theme. There’s even some nice animation to the various buildings on your base that really helps bring the world to life.

It may be very similar to past Kabam strategy games, but Edgeworld manages to evolve the formula with engaging new combat that really makes you feel more involved in what’s possibly the most important aspect of the game overall. And if the themes of games like Glory of Rome or Samurai Dynasty haven’t grabbed you, there’s a good chance that Edgeworld‘s sci-fi universe will suck you right in.