Edge of Twilight – Athyr Above Review 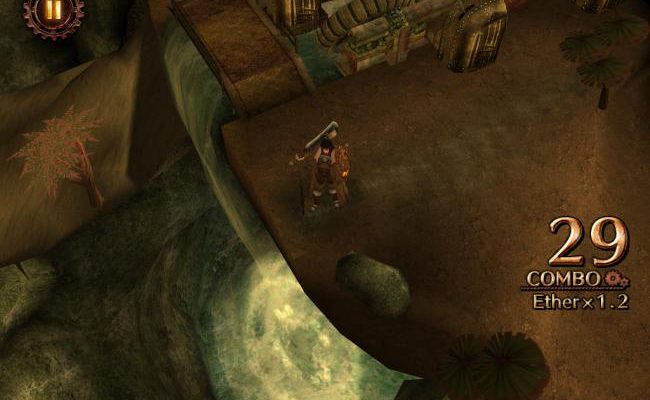 Edge of Twilight: Athyr Above has an interesting setting, but story alone is never enough to carry a game.

Edge of Twilight: Athyr Above for iOS is an example of what happens when you pour lots of creative energy into building a game world without putting enough of that energy into assembling the actual game. This action RPG takes place in an intriguing world that’s fueled by some neat ideas, but you probably won’t stick around long enough to absorb the setting because the core game just isn’t very fun to play.

Athyr Above takes place on a desolate future Earth that’s been divided into two distinct worlds: The World of Day, and the World of Night. In the World of Day, people endure endless sunlight and eke out a harsh existence with the help of steampunk technology. The World of Night, on the other hand, is dominated by dark beasts and mysterious beings. The game’s hero, an loner named Lex, is a half-breed who is capable of hopping between the two planes. He strikes out on a quest to set things right.

Lex’s appearance changes according to which world you visit. In the World of Day, he wields an axelike weapon that’s capable of pulling off powerful special attacks. In the World of Night, Lex becomes a gaunt, pale creature that moves quickly and utilizes dark attacks against his foes. He can use shrines to switch between the worlds.

Day or night, Athyr Above suffers from a needlessly complicated battle system that drags out the game’s boring battles. To attack an enemy, you need to tap the screen so that a gear-like graphic encircles the bad guy. Then, and only then, you rub at the enemy to launch Lex at it. You’re not done yet, though: In order to actually do damage, you need to stop rubbing right before Lex lands a blow.

Not surprisingly, you’ll make a lot of mistakes in the heat of battle. Sometimes you’ll rub at an enemy without calling up the ring first, or you’ll remove your finger too early and abort an attack before Lex actually manages to chug his way over there and bring the hurt. Worse, the battles with Lex’s foes are frequent, long, and unspeakably dull. Enemies take forever to kill, even if you focus on upgrading your attack power. You can utilize special attacks, but enemies can abort those easily enough with a punch to the face. 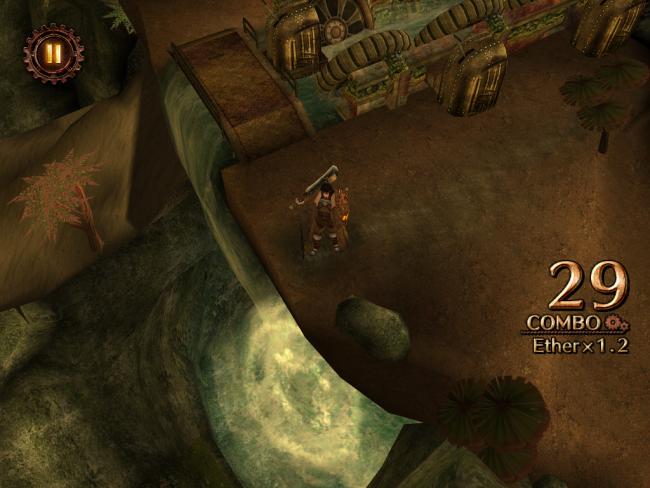 Athyr Above‘s muddy visuals don’t help matters, either. Enemies are small and hard to see against the dark backgrounds. Picking off flying enemies is especially painful, since they typically rise into the air before attacking but it’s difficult to determine when they’re airborne and when they’re ripe for a pounding.

Athyr Above occasionally throws puzzles at you, and some of them are actually quite clever and utilize Lex’s ability to switch between day and night. Most of your time goes into battles, however, which makes it all the more odd that FuzzyEyes passed up a more traditional control scheme for the game in favor of its weird targeting and rubbing. Sure, button-mashing action games aren’t exactly original—but for the most part they’re playable, and the same can barely be said for Athyr Above.

Another game in the Edge of Twilight series is bound for PS3 and Xbox this summer. Maybe Lex will fare better with traditional consoles and traditional controllers.