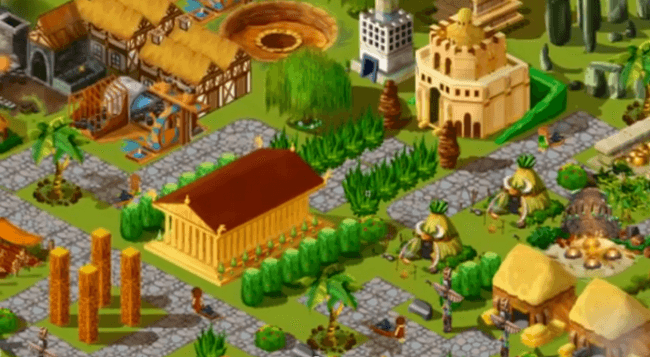 Eden Story is a tale about building up a great civilization from the humblest beginnings of humanity. It’s a pity its first few moments feels every bit as primitive. Barely two minutes into my playthrough, I’d already slipped into the tedious slog of waiting for five minutes for research to complete without any way of speeding up the process, and subsequent quests made me wait several minutes for resources.

Oh, sure, I’d received a stash of 20 bits of premium currency to help me on my way, but in the grandest tradition of my caveman ancestors, I decided to hoard it rather than spend it with the profligacy of a modern yuppie. You can never be too careful.

Most social city builders ease you into this process. Much like Eden Story, they disarm you with advice from a charming, grinning narrator (known here as Ofir, if you’re curious), but they also manage to condense an hour’s worth of waiting into approximately five minutes with forced doses of premium currency. There’s a tutorial here, though it’s oddly focused on making you wait through the steps for research and production. Eden’s Story‘s decision to let you handle the complementary currency thus seems generous at first, but it’s worth wondering if this model can sustain new players who discover the grind that awaits them a tad too soon.

It’s a shame, because there’s a lot to like here. The mechanics themselves aren’t all that innovative–you gather resources, you research new technologies, and you use them both to build new structures–but Eden Story manages to stand apart from its competitors through its fairly unique spin on a familiar theme. Once you’ve stopped painting pretty pictures on rocks and advanced past the Stone Age, for instance, you progress through the periods resembling Ancient Greece and the Renaissance until you at last arrive at the modern era and progress into the space age.

The research undertaken at your research facilities lies at the core of this progression. At first it’s simple stuff—agriculture, tool-building, and the like—but in time you’ll unlock astrology, which catapults your ragtag band of cavemen into the Bronze Age. Perhaps appropriately, it’s a long journey, particularly since Eden Story wisely prevents you from spending premium cash on research. By the time you’ve left the starter zone, the materials needed for research jump from 20 to 60, and the factory’s limit of 20 items every 15 minutes ensures that you’ll have plenty of time to use the quests the decorate your land with appropriate items for each era. Eden Story‘s chief attractions lie in this steady march of development, and a handy timeline that tracks your population’s numbers and wealth over the years encourages the setting of goals. 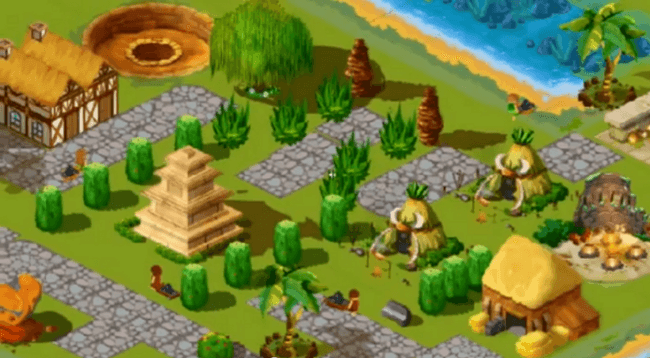 It’s also not without social appeal. One of the standout features allows you to hire your friends as managers for your “factories”—I was amused to learn that this can happen before you’ve unlocked the skills to make tools or event plant crops—and the design gives your friends reason to keep coming back to check on you. Many games from this genre feature cities and furnishing that only differ through clever arrangements even at the highest levels, but Eden Story‘s progression system encourages like-minded friends to keep up with you lest they be left, well, in the Stone Age. It’s a smart decision that extends beyond mere cosmetics.

But Eden Story‘s unique charms arguably end there. Under its quirky veneer, it plays much like almost every city builder we’ve seen since they started popping up on Facebook, although its advancement system might win over players tiring of the existing contenders. To its credit, it also sprinkles welcome doses of humor into the mix, such as the way a quest preceding the discovery of literacy references the famous line “klaatu barada nikto” from the 1951 film The Day the Earth Stood Still. All in all, it’s far from forbidden fruit and it’s a nice spin on the genre for newcomers, but if you’ve fallen in love with any existing social builders, you might not find enough to keep you here.