Home / Reviews / Echoes of the Past: The Revenge of the Witch Review 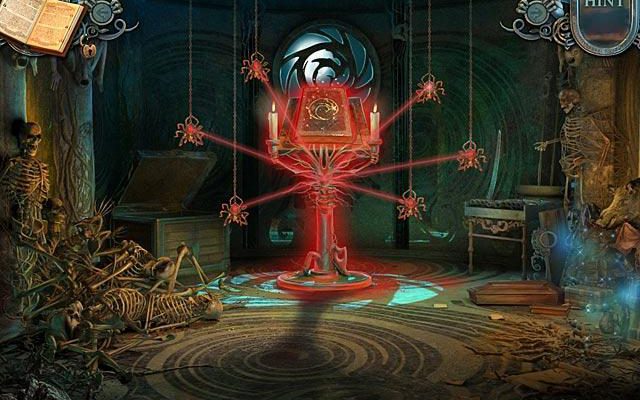 That blasted Witch is back again and as usual, she’s up to no good.

Some games are about telling a good story and some games are about doing stuff; rarely does a single title manage to do both. That’s why I’m inclined to forgive the latest in the Echoes of the Past series, Echoes of the Past: Revenge of the Witch for its storytelling shortcomings. This new hidden object adventure by Orneon and Big Fish represents one of the best “doing stuff” -type games I’ve played in many a moon.

For anyone new to the series, the plotlines in the Echoes of the Past are driven by an extremely vague villain called “The Witch”. As heroes go, you’re also pretty vague; nothing’s said about who you are in this context. I guess you’re just some average Joe (or Jane) who walked in off the street, ready to save a kingdom? Anyway, the Witch is a crabby old harridan whose main job is to throw stumbling blocks in your way. As you might have guessed, the story here is lazily conceived and serves mostly as a paper-thin excuse for marching around collecting items and unlocking things.  Actually, considering what you spend most of your time doing, a better title for the game might be “Echoes of the Past: Replace What’s Missing.”

That might sound like a bit of a low blow, but it’s entirely accurate. Everywhere you go in the game you’ll find locks, puzzles and mechanisms (up to five in one scene!) that can’t be activated because they’re “missing a piece”. Of course, that idea’s something of a hidden object staple. After all, what other excuse does the development team have for hiding items or we for looking for them? Still, it’s nice when these pretenses are a bit more skillfully concealed. Other areas that augment this lazy feel are the soundtrack (which seriously “echoes the past.” I’m convinced I’ve heard it before) and the amount of activity-padding found throughout the game.

By “padding”, I’m referring to the over-abundance of puzzle repetition and hidden object scene re-visitation. Personally, I don’t enjoy searching the same hidden object scene more than twice, and here you’re often searching them three times. Puzzles too lose some of their novelty when you solve them over and over. Revenge of the Witch features several instances where you’re asked to solve the same puzzle (with small variations) again and again in order to collect groups of items and yes, it gets old. The game feels much longer than previous Echoes of the Past games because of this repetition, and I suspect it’s there because previous games  have been slammed by critics and gamers for being too short. Repetition’s not the worst solution, but it’s certainly not the best; let’s hope in future that Orneon finds another way to add more content.

OK, so this review started by sounding as if it would praise the game and so far, and there’ve been a lot of complaints. So what gives? Let’s just say we needed to get the negatives out of the way, so we could finish strong with the good stuff. 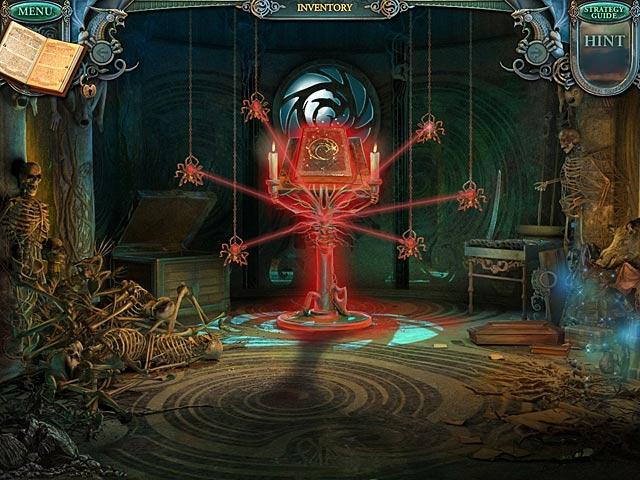 “The best thing Revenge of the Witch has going for it is (are) its puzzles. So many hidden object games just crank out the same ten puzzles dressed up with slightly different art, but here you encounter more fresh new puzzles per hour than ten other typical hidden object games put together. What’s great is that despite being new, these puzzles are just the right level of challenge and they look incredible too. Actually, visual effects are the next strongest thing about the game; fire, sparkles, mist, smoke, magical glows; it’s all beautiful. In addition to amazing puzzle creativity and lots of pretty shiny things, the game’s tongue-in-cheek attitude deserves a big thumbs up. .

These games often consist of nothing more than walking around grabbing random items without even knowing why you’re doing it. It’s really kind of ridiculous. For instance, while playing Revenge of the Witch, I went to pick up a metal barrel hoop thinking, “Why am I doing this?” and unexpectedly, the comment text said, “Do I need this hoop? It’s hard to distinguish between useful and useless things.” I had to laugh. It looks like even Orneon knows what they’re asking us to do is a little silly. 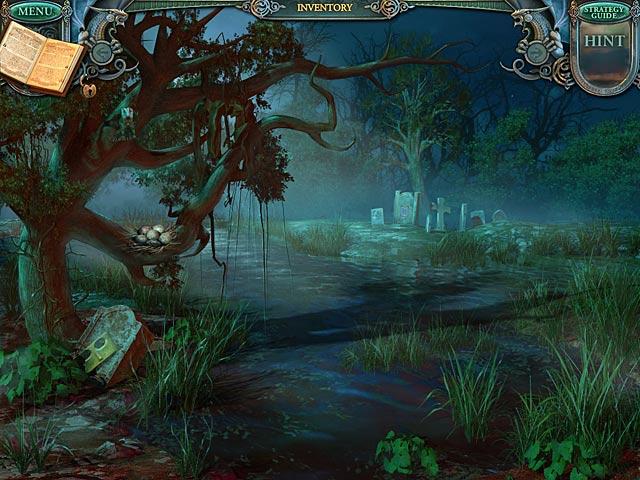 “Echoes of the Past: Revenge of the Witch is a Collector’s Edition, so once you’re done with the main game, there’s a bonus chapter that flows seamlessly from the end of it. Unlike many other bonus chapters, this one’s really well designed, highly entertaining, and features some of the game’s best, and creepiest graphics. (I’ll never forget the Witch’s typewriter.) The bonus chapter is definitely the best of the game’s Extras, the others being a handful of puzzles you might already have solved too many times, a strategy guide and a “Game Designer” thing that I got all excited about, and then was extremely disappointed by. You think it’ll allow you to make something really cool like a hidden object scene, but all it offers are four versions of a single mini-game and virtually no instructions on how to design them. Darn, such a cool idea gone so very wrong. It’s a great concept though, and one I really hope either Orneon (or someone else) implements more fully in future games.

In any case, Echoes of the Past: Revenge of the Witch overcomes its flaws to become a very strong hidden object game. It appears that the development team’s getting better and better, and although the series’ storylines remain highly generic, its gameplay keeps getting more interesting and more creative. Stellar puzzles and gorgeous visual effects effectively counter the game’s less admirable aspects, and although the Extras could be better, the bonus chapter is one of the best I’ve seen. So get out there whoever you are, and look for the magic thing-a-ma-bob. We can’t let “The Witch” win.