Home / Reviews / Echoes of the Past: The Kingdom of Despair Review

Echoes of the Past: The Kingdom of Despair Review 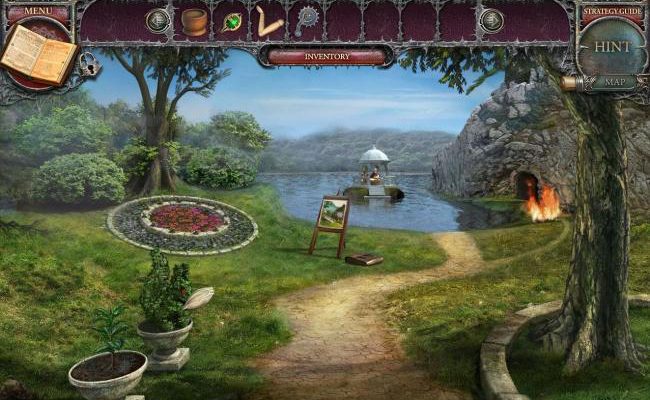 Some things are just better off being kept in the past

Echoes of the Past: The Kingdom of Despair is the latest entry in an HOG adventure series whose name emphasizes its many subtle failures: mainly because it feels like we’ve already been there a handful of times before in the past. At the start of the game, your unnamed character is randomly browsing a bookstore one day, after being intrigued by a magic spell book that is said to be held within. Not even a minute after you get there, a young woman enters the bookstore, activates the spell book, turns into an evil witch, and transports you to her evil lair, where you’ll passively try to escape and go home.

This all sets the stage for what turns out to be an average hidden object adventure in every sense of the word, with a few nice ideas thrown in every now and then, but altogether too much frustration and monotony for you to even want to see your character’s safe return home. The witch’s lair is home to all sorts of wicked creatures, although there’s never really any suspense or sense of urgency that your life is actually in any kind of danger: your character just sort of sees his situation like it’s a minor annoyance, like he’s been transported to an evil witch’s lair many times before (I actually just had déjà vu writing that last sentence – that’s how familiar the overall story is to me). You’ll even encounter the evil witch in the game from time to time, although she mostly just goes about her business and doesn’t really seem all that interested in trying to stop your overall plan of escape. There are a few especially sick and twisted character designs, although the animations feel overly flat, and only the occasional creature or two decides to make their mouths move as they speak, which was a little weird to say the least. 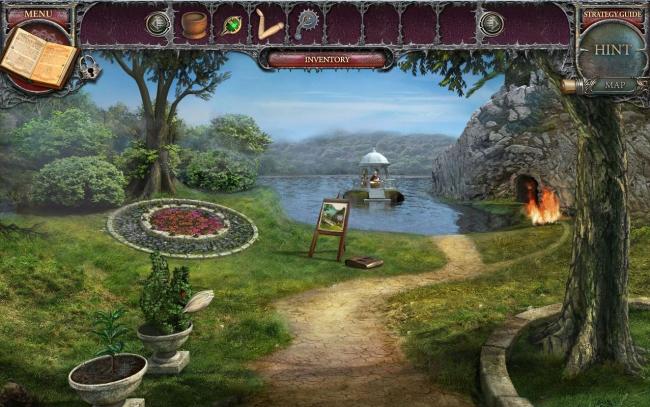 For the most part, the hidden object scenes in the game are usually hit or miss. They are definitely not the stars of the show here, and play a much more supporting role to the many puzzles and mini-games that cover your adventure. But when you do come across them, you can still expect to complete the same scene twice on several occasions, with light interactive elements in each, like opening baskets or completing unfinished items. The more unique ones come when you’ll have to usea list of already-found objects to complete a hidden object scene of sorts, like adding silverware, missing fruit, and a plaster ear to a creepy tea party scene with a number of especially haunting dead-eyed dolls. The Kingdom of Despair doesn’t rely on these hidden object scenes to pack the adventure with trivial content, but it’s nice to see that the game actually tries to do some different things with the basic tried and true formula.

One of the more interesting components I’ve found in The Kingdom of Despair is the game’s inclusion of a hub area of sorts, which you don’t see all too often in hidden object adventure games these days. When you begin your adventure in the evil witch’s lair, you’ll be faced with a podium that contains five slots for the magic amulets you’ll be searching for, as well as a room with a shape-shifting staircase, that leads to five separate floating doors: one for each of the game’s different chapters. Each of these five areas have their own unique theme, from medieval kingdoms to an artist’s vista to a snowy village, and the amount of backtracking you’ll do in between them is just light enough to always make it seem like you’re chipping away towards the endgame and gaining some progress. 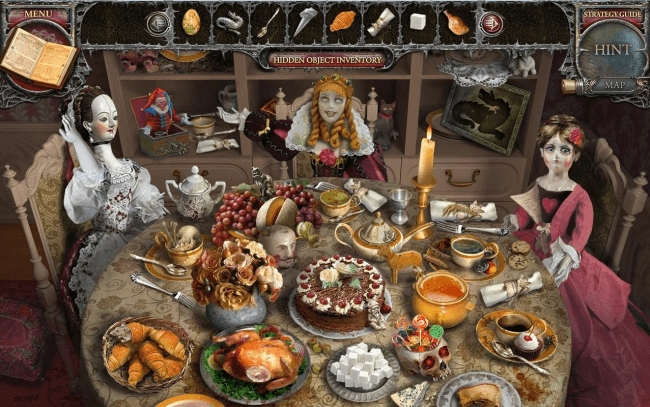 But the biggest problem with The Kingdom of Despair isn’t its familiar and uninteresting storyline. It isn’t the lackluster visuals, nor the subpar voice acting or hackneyed locations. No, the biggest issue I had is that for such a puzzle-heavy game, most of the puzzles you’ll encounter along your adventure are simply beyond frustrating. While the variety between these many puzzles is certainly commendable (you’ll be doing everything from painting by numbers, to memorizing constellations in the sky, to replicating a connect-the-dots puzzle in a mirrored order), the lack of instruction for most of them, and the singular and precise solutions for the rest make actually completing them yourself a real test of one’s patience. Even when playing on the easiest difficulty, there’s no option to get a hint or a nudge in the right direction: it’s either you solve it yourself, or you skip it and move on, swallowing your pride. As a result, the extreme difficulty really upsets the flow of the overall game: by the time you make it out of each puzzle, you’ll hardly remember what it was you were doing in your adventure before you started it.

It should also be noted that The Kingdom of Despair currently suffers from a game-breaking glitch, which if encountered, can prevent you from completing the game entirely. The glitch in question occurs on the brink of the fifth and final chapter in your adventure, when players pick up a glass cutter from a wooden chest inside a snowy shed. From what I can gather after searching around on some forums online, if you have this glass cutter item in your inventory when you access a certain mini-game under the stairs in Chapter 4 which involves a second glass cutter item, the game gets confused and deletes the first glass cutter from your inventory permanently. The glass cutter never gets replaced in the world, all locations on the map will show there are no current objectives, and any hints will just suggest you look somewhere else, into infinity. 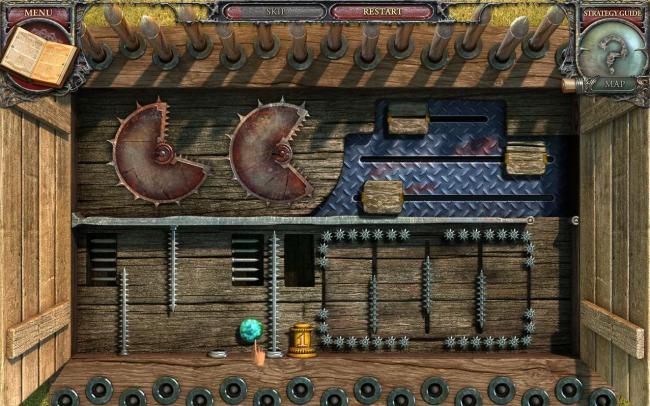 So even though I was unable to finish the game myself thanks to this unfortunate and all-too frustrating game-breaking glitch, I still almost made it to the end, and a part of me was actually glad that I didn’t have to go through another hour or two of aggravating puzzles, all to reach an ending that I didn’t even particularly care about. In many ways, Echoes of the Past: The Kingdom of Despair is a game that you’ve probably already played before: only this one just doesn’t do enough to give you that warm sense of nostalgia. The relatively short, glitchy main adventure has one too many more hiccups than innovations, and not even a handful of magic amulets could save the game from that.