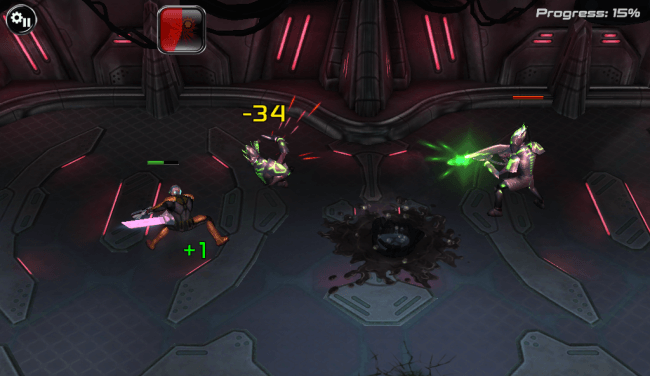 Kids can be galactic space heroes too!

It’s been said that in space, no one can hear you scream. Supposedly it has something to do with science. But there can be echoes in space, at least according to Echo Prime, a sci-fi action game by Robot Entertainment. The echoes in this case are much cooler than simple reflections of sound, helping to make an otherwise run of the mill slash-and-blast fest into something a little more enjoyable.

Though there’s nothing immediately memorable about the protagonist of Echo Prime, he at least sports a character model that appeals to the little kid in all of us. Or as an actual little kid (my five-year-old son, to be specific) put it, “He looks like a guy in a robot suit with a gun and a sword!” His job is to set things right for humanity, or something of that nature, and fend off enemies called Slivers.

The laser pistol and sword come in pretty handy for doing that, but the real alien-dispatching fun comes from Echoes, which are beings from another dimension who grant your hero special abilities thanks to a weakened barrier between planes. These can be passive or active and come in just about every flavor: simple buffs, heals, additional attacks, the whole enchilada.

As your space warrior levels up, he can take more than one Echo into battle at a time, and they can be swapped out before each stage. On top of that, one extra Echo can be tapped into from another random player or a friend, adding both extra strategic options and an organic way to make the game more social. Other game developers, please take note.

The story of Echo Prime, such as it is, plays out in levels that require you to clear out several chambers of enemies. A progress meter tells you exactly how close you are to defeating the proper number of foes, and then it’s on to the next one. This would get old pretty quickly, but a variety of optional side missions helps keep things from settling into repetitive boredom. Some quests ask you to defend important points, others require you to weaken enemies until they can be captured, and the combat simulator throws waves of bad guys at you to see how long you can survive.

There’s less variety in the actual combat itself, which has you either tapping on enemies to blast them or engaging them up close with your sword. That’s about it unless you have an Echo that gives you an additional attack method, though those can be pretty helpful, damaging multiple targets or administering DoT effects. The touch controls couldn’t be simpler, as everything from movement to activating abilities is done with a single tap. The only real downside is when you’re faced with a large group of enemies at once and end up having to just tap furiously in every direction.

Successfully completing each stage nets you credits and several Echo Points for the Echoes you have equipped. Echoes can eventually reach veteran status, at which point they become more effective in some way (do more damage, have shorter cooldowns, etc.) and get nifty new pictures. Credits can be spent on new guns, swords, armor or helmets, which in turn can be attuned by using them and earning a certain number of kills. Attuned gear gets you a random selection of Echoes, from which you can either add a new one to your selection or pick one you already own and get it closer to being a veteran. 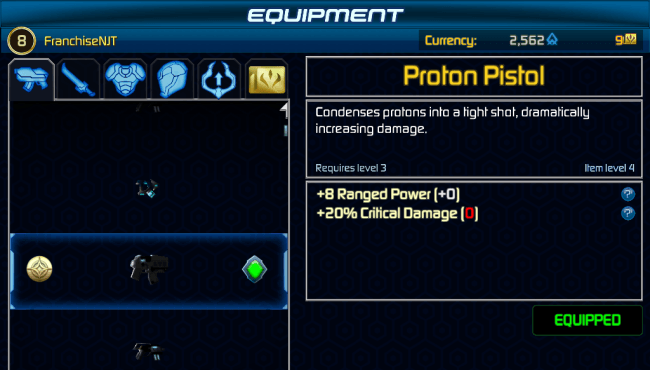 Kid-pleasing character design aside, there’s nothing about Echo Prime that’s really distinctive on the art side. The villains tend toward the generic – you’ve got your alien bugs, cyborg-looking things, and flying drones – and many of the stages look the same. Your character has a nice choice of awesome gear but still manages to lack some personality, like he was the hero of a 90s comic book or something. Still, everything is nicely rendered and satisfying enough in action, as long as your iOS device is new enough to handle it. My iPad 2 had some issues with slowdown during especially hectic battles.

Some games make up in execution for what they lack in high concept, and Echo Prime falls into that category pretty comfortably. It may not stick in your head too long after playing it, but it’s plenty good enough to keep you entertained while slashing, blasting, and echoing your way through legions of aliens. And let’s face it: sometimes that’s all you really want to do for a while.