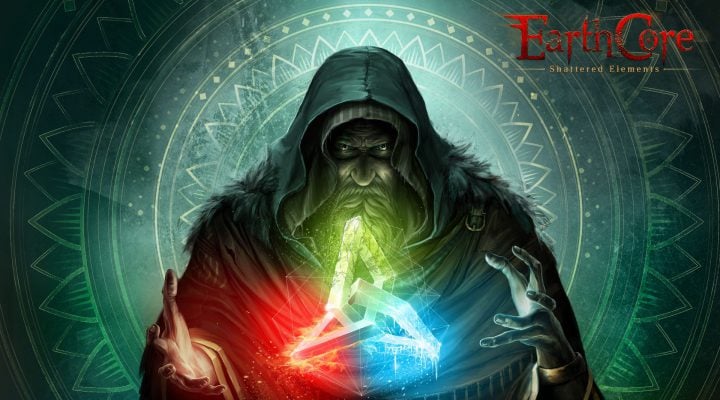 Takes a rock, paper, scissors framework and expands it in interesting ways.

Full of well-written lore for plenty of flavor.

Not the greatest at explaining all of the cards and options available to you.

Takes a while to unlock some things or save up currency for new card packs.

When it comes to mobile card battle games, I feel the same way about them as that old adage about Jell-O. Namely, that there’s always room for more — as long as they’re of the same kind of quality as a certain Blizzard smash hit and not the legions of soulless, devoid-of-gameplay clones that inundated app stores a few years ago.

Earthcore: Shattered Elements is somewhere in-between, not as grand and ambitious as the current genre leader, but rich and compelling in its own way. 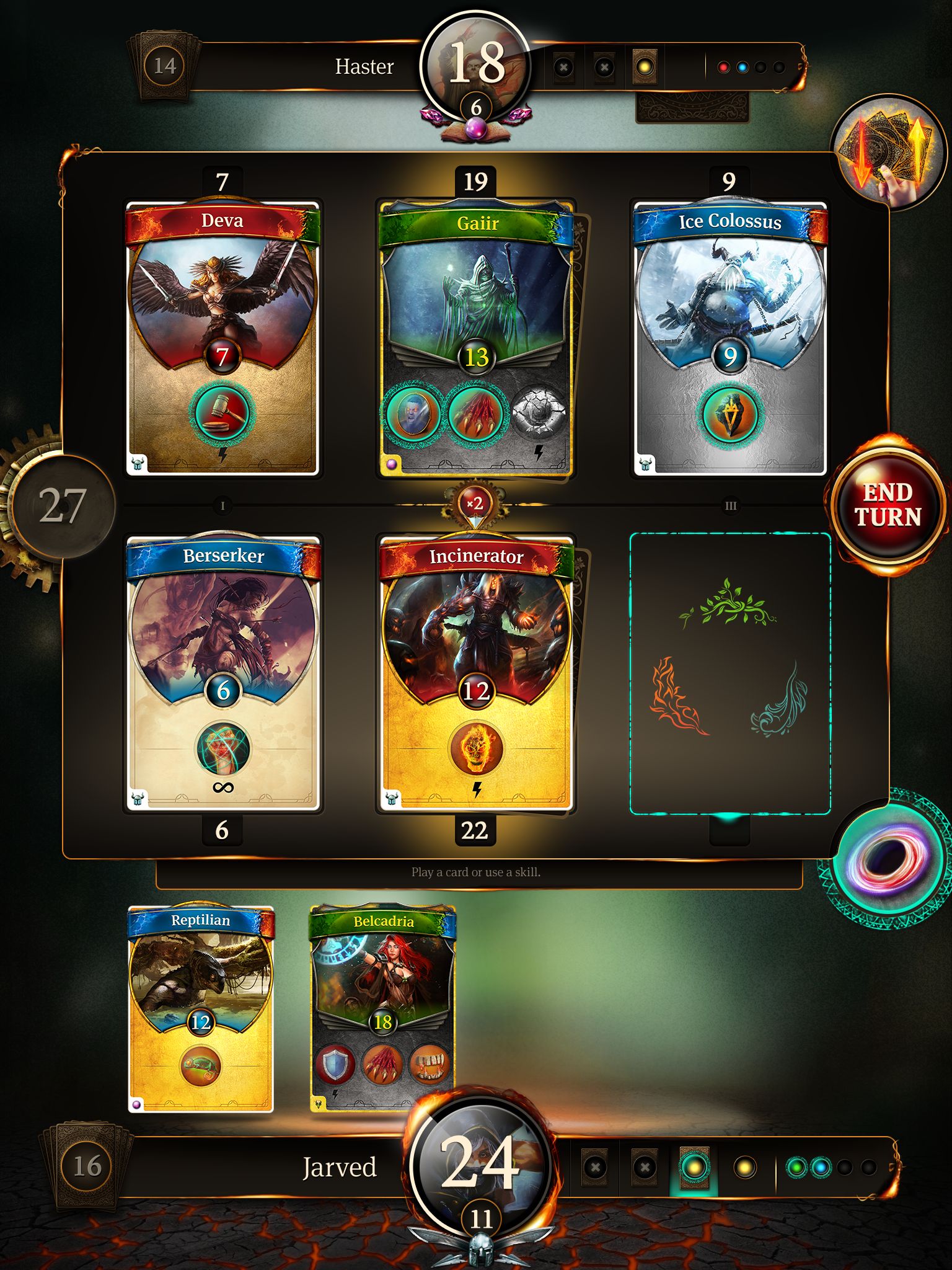 One undeniable fact is that if you’re into games for their lore, you’re going to find Earthcore a treat. As you play through the game’s single-player Adventure mode, you’ll get some story bits at regular intervals. Actually, it’s unfair to whoever wrote them to refer to them as bits. Here’s one description from before a battle in the third “book” of the campaign:

You have almost reached the stairway at the end of the street, almost. A wall of red shields welcomes you again. Among the crowd of red warriors you notice clumsy goblins clad in artisan aprons, armed with hammers, clubs and axes. This sight does not impress you. What makes an impact, literally makes an impact, is the sight of huge figures crouched in the side alleys. Trolls!

Make a saving throw! All jokes aside, you get these before and after each successful battle, so the game’s setting is obviously something that has been given plenty of thought.

“But what about the gameplay?” I can already hear people saying. It certainly fulfills the basic game designer’s credo of “simple to learn and tricky to master,” because Earthcore battles are essentially really fancy games of rock, paper, scissors. Every card is one of three different elements, and the relationships between them are absolute. When played across from each other in one of the gameboard’s three columns, Fire burns Earth, Earth absorbs Water and Water extinguishes Fire. No exceptions.

Not having any attack or health values to worry about takes some getting used to, but it also leaves the strategic side of your mind free to ponder the other variables. Chief among these are the Risk values of your cards, as a defeated card subtracts its Risk rating from its owner’s health. If two cards of the same element end up facing off at the end of a round, their Risk is carried over to the next round, meaning winning that column gets even more important.

Skills also introduce a number of fun mechanics and provide the primary means of deciding if one card is more powerful than another. The right skills can do direct damage, move cards around after they’ve been placed or change the elements of other cards — even to Dust in some cases, which loses to every element. There are a number of fun combos possible after you really get the hang of them, but the rule limiting you to one active skill use per turn does limit anything too crazy you might dream up. On the plus side, each individual battle only takes a few minutes, so you can get onto the next one quickly. 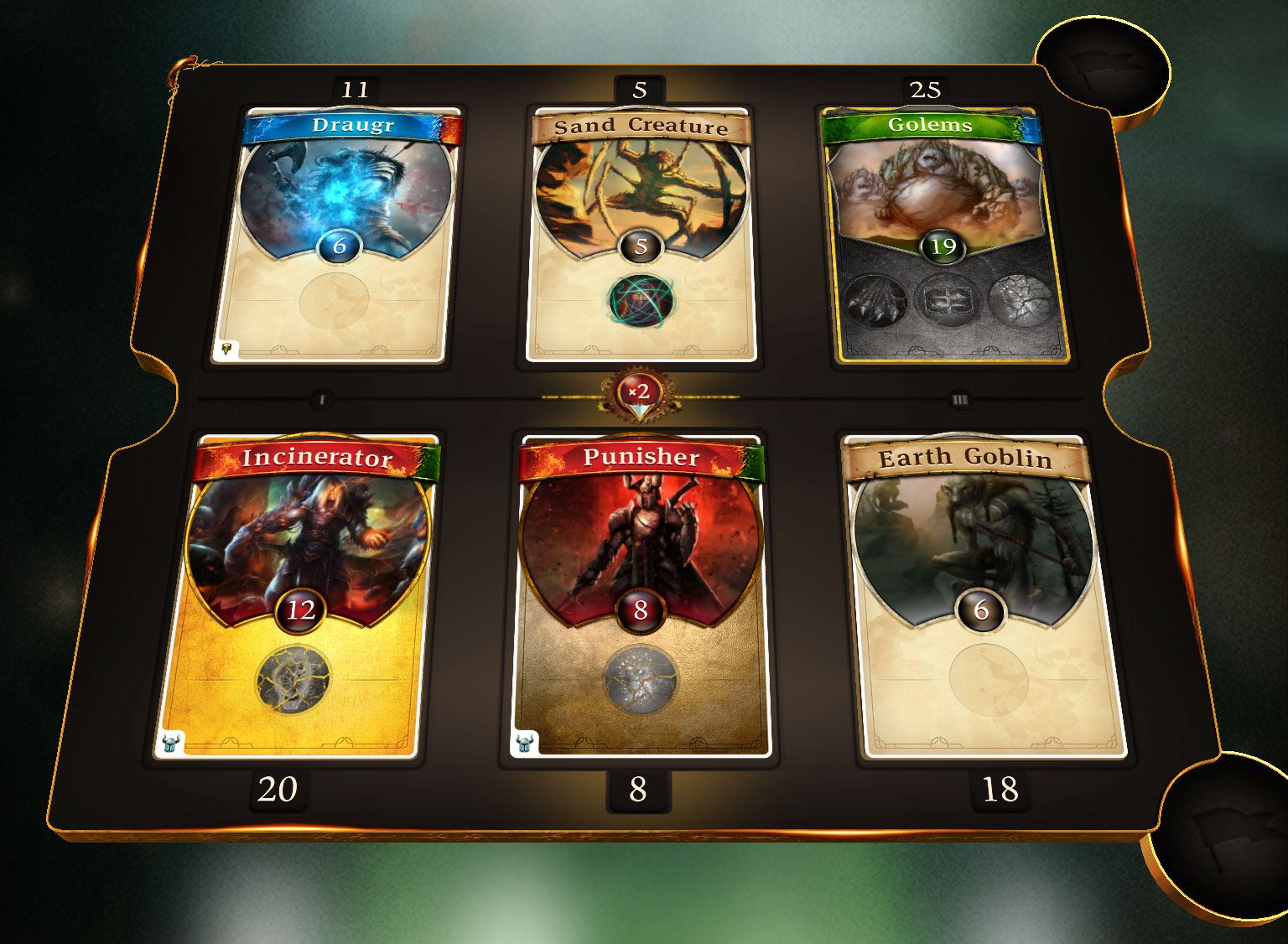 And those are the basics, really. There are no alternate win conditions or anything too esoteric, though once you grasp the concepts, you’ll still find yourself doing plenty of tinkering between matches. Earthcore isn’t the best at explaining how many different cards are available or how all the different skills work, and it takes quite a few solo battles before you even unlock all of the options. Tequila Games obviously is confident people will be around for the semi-long haul once they give it a try.

One cool feature that you’ll (eventually) uncover is the option to craft your own hero cards. Heroes come with one skill but have slots for two more, and it’s up to you which regular cards to sacrifice in order to fill those spots. It’s a very interesting bit of customization that promises to make PvP play more surprising than in many card games.

Speaking of multiplayer, the Arena enables you to play ranked matches, enter casual bouts against random opponents — perfect for testing out a new deck — or challenge friends. Quests give you specific objectives to fulfill during play for extra rewards, and there’s also the promise of in-game events, though none were running during my review period.

Perhaps best of all, there’s no energy system or other restriction on how much you can play at one time. That might be the ticket to figuring all of Earthcore out, sifting through the different layers of strategy and getting a handle on all the cards available. It also takes pretty long to save up for new card packs, so this is one game you’ll have to give yourself over to if you want to get the most out of it. But again, if you’ve got that Jell-O feeling about card battle games, you’ll probably find the time to carve out.