By Maria Alexander | 11 months ago 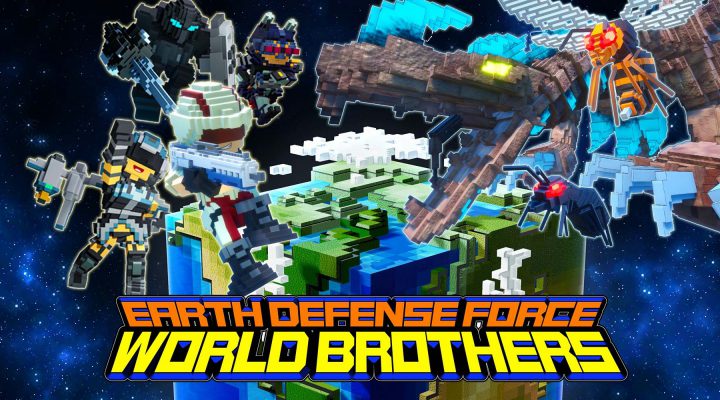 Issues with the Switch port

The Earth Defense Force series – which almost exclusively has seen you battle hordes of insect aliens – has been around for nearly twenty years, but never been a huge hit in the West.

This Switch entry is no exception, and is arguably the most accessible entry in the series to date – largely due to its aesthetics.

Employing voxel graphics, everything is reminiscent of the videogame invaders from much-maligned film Pixels – except it’s much more charming here, naturally.

From the earth being a cube to the blocky insects it’s very much a PG affair, but still feels fun to play. Gunplay is a tad repetitive at times (along with the soundbites played endlessly) but it’s always very satisfying watching the enemies fly away after being blasted to kingdom come.

Another welcome feature is that you work in a team of up to four people, each with their own abilities – and you can swap between them at will. You can also play with a friend via a local wireless connection, and online.

This definitely helps solve the issue of the repetitive gameplay, as World Brothers isn’t much fun on your own in long bursts – despite the range of playable characters.

Sadly there are some issues with World Brothers, and fairly big ones. One is that there’s no local split-screen multiplayer, which is a baffling omission and honestly inexcusable considering the game’s biggest problem (we’re getting to it) – but there’s also frame-rate issues and a pretty low draw distance.

Now all these problems would be fairly easily forgotten if not for one thing – the game’s price. Earth Defense Force: World Brothers costs an eye-watering $59.99/£53.99, and is only available via the eShop in the West – there’s no physical release planned.

We can’t help but feel this is a price-tag that is directly punishing dedicated Western fans of the game, and acts as a huge barrier to newcomers.

We can therefore only really recommend Earth Defense Force: World Brothers if it gets a healthy price cut – because as it stands it’s a well presented but illogically overpriced slab of mindless entertainment.