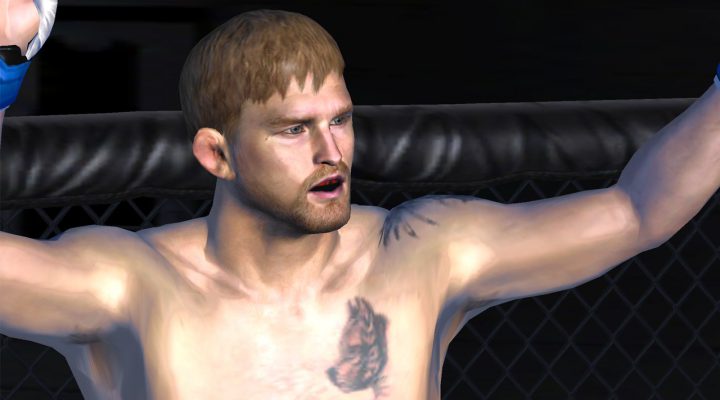 A wide assortment of fighters to choose from.

A good number of fighting moves to level up.

EA Sports UFC was my first step into the world of the Ultimate Fighting Championship. Much like WWE Immortals was my first foray into the world of wrestling, EA’s UFC 2015 introduced me to names like Alexander Gustafsson, Cain Velasquez, and Donald Cerrone. I was eager to try the game out, as a number of my friends are into the sport, and when they name drop fighters I suddenly get a sense of what it was like to be a parent when the Pokemon craze hit in the mid 90’s. I have no idea who any of these people are.

So without any prior knowledge of UFC, I downloaded EA Sports UFC and jumped into the single-player career mode. 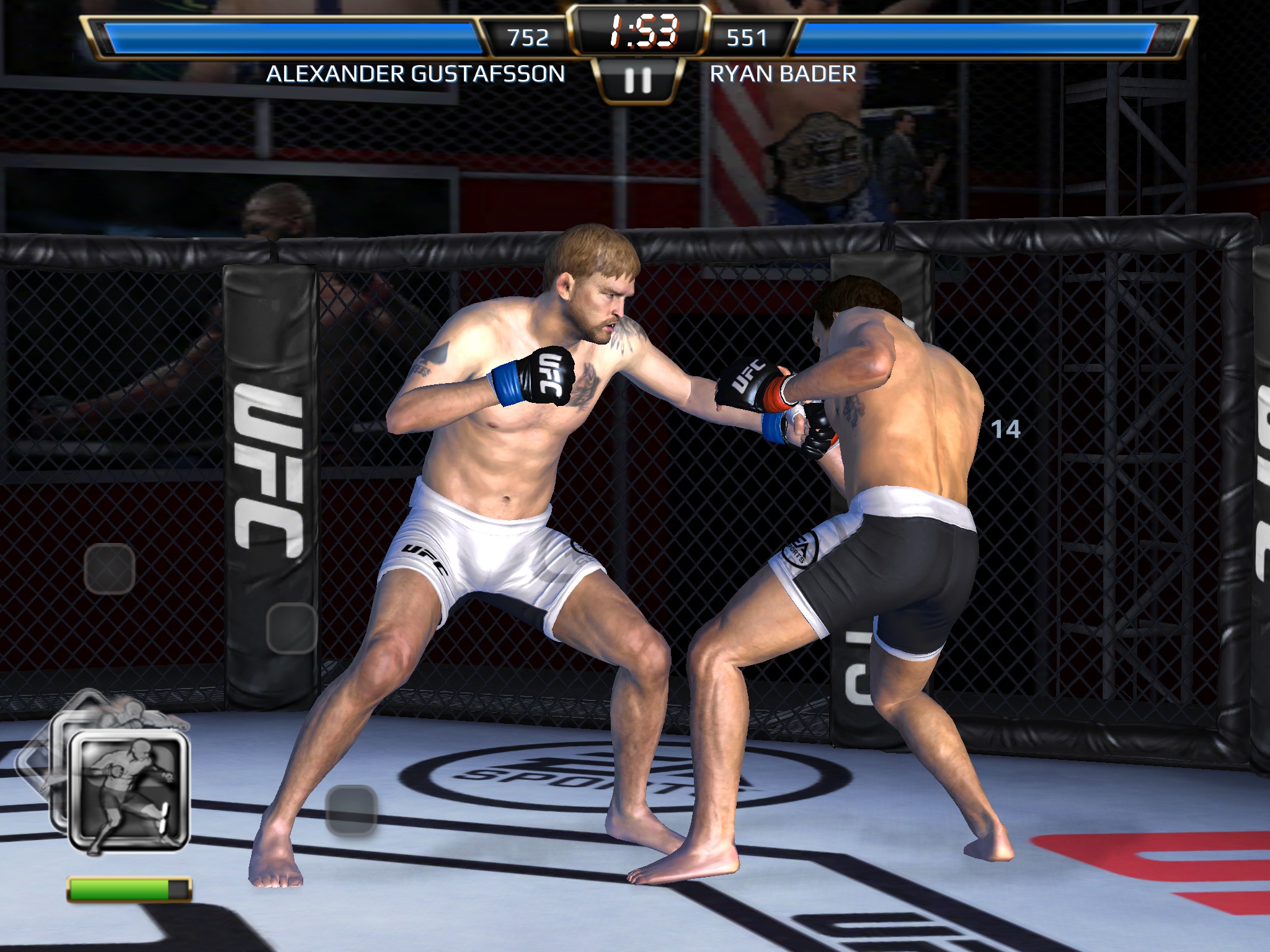 One of the first things I noticed about EA Sports UFC is the sheer number of fighters in the game. I scrolled through the game’s store, just looking at all the different angry-looking dudes I could potentially unlock, and immediately felt overwhelmed with my decisions. Unlike WWE Immortals or Mortal Kombat, these fighters had nothing but names to differentiate them to a new player. There was no “reptile guy” or no “commando lady” for me to latch onto and familiarize myself with. Apart from haircuts and tattoos, all of these fighters looked the same.

Which makes perfect sense, considering this game is completely grounded in reality.

As it turns out though, the only way to unlock more fighters is to pay premium currency for them. After winning fights you earn silver currency, which is used for unlocking ability upgrades for your default fighter (Alexander Gustafsson) but you need gold to unlock more fighters, and my gold count is still sitting at 0. 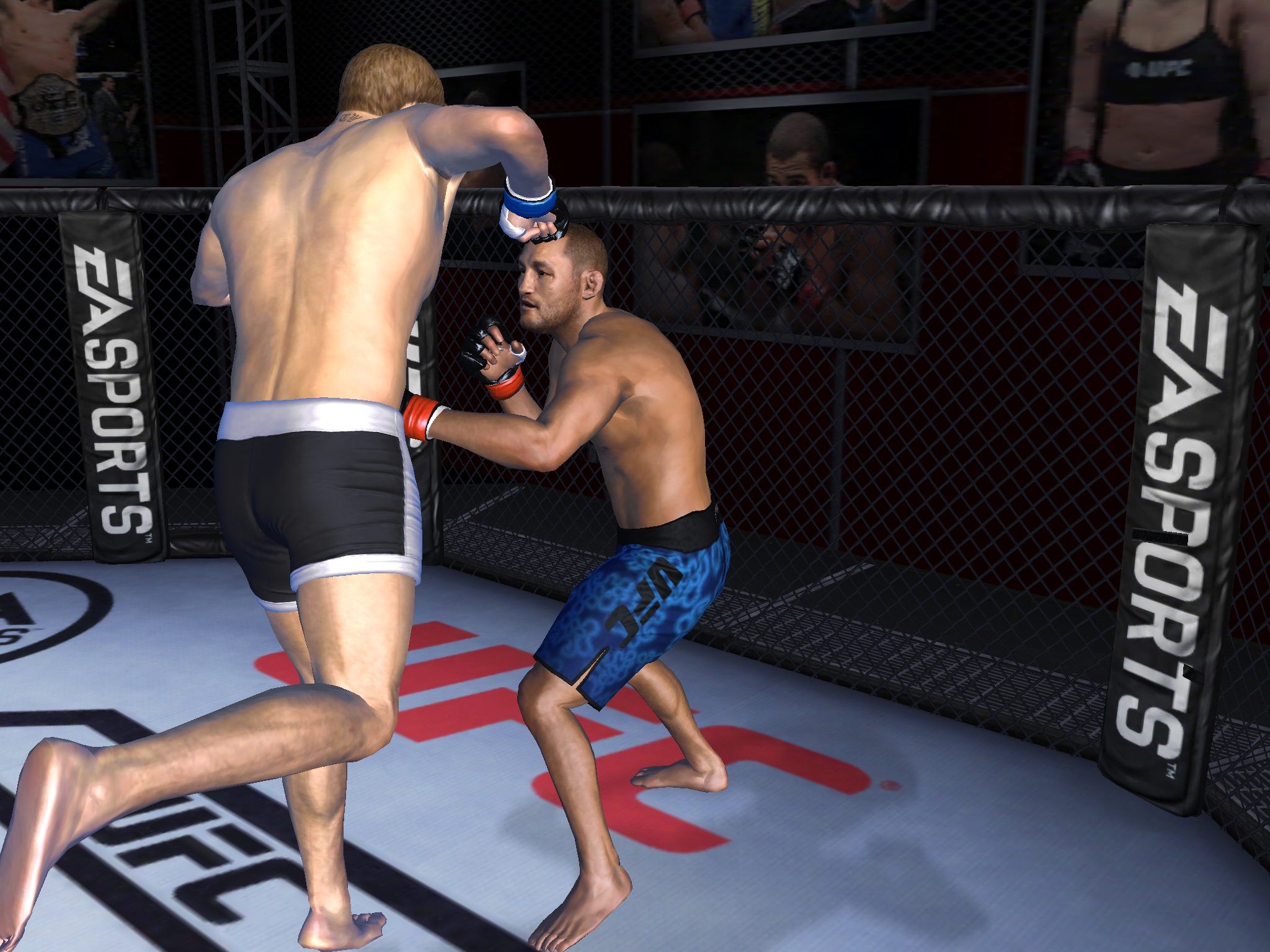 In a way though, that’s good, because I got to know Alexander Gustafsson pretty well by the time I was a handful of levels into the game.

It was around level 8 that the game decided to kick up the difficulty considerably. Unlike most mobile games these days, EA Sports UFC does not have an energy bar that only allows X amount of tries every Y amount of hours. Instead you can play as much as you want, but as you progress through the game, the opponents get tougher and tougher and you have to use energy boosts to buff yourself up to increase your odds of success. Yes, those energy boosts do recharge over time, but you can still continue to play the game, even without any energy boosts banked.

The energy boost system is both a blessing and a curse. It is nice that I can play as much as I want, but without enough boosts I was quickly facing opponents who would wipe me out in just four or five solid hits. Needless to say, fighting without boosts is a very challenging experience. 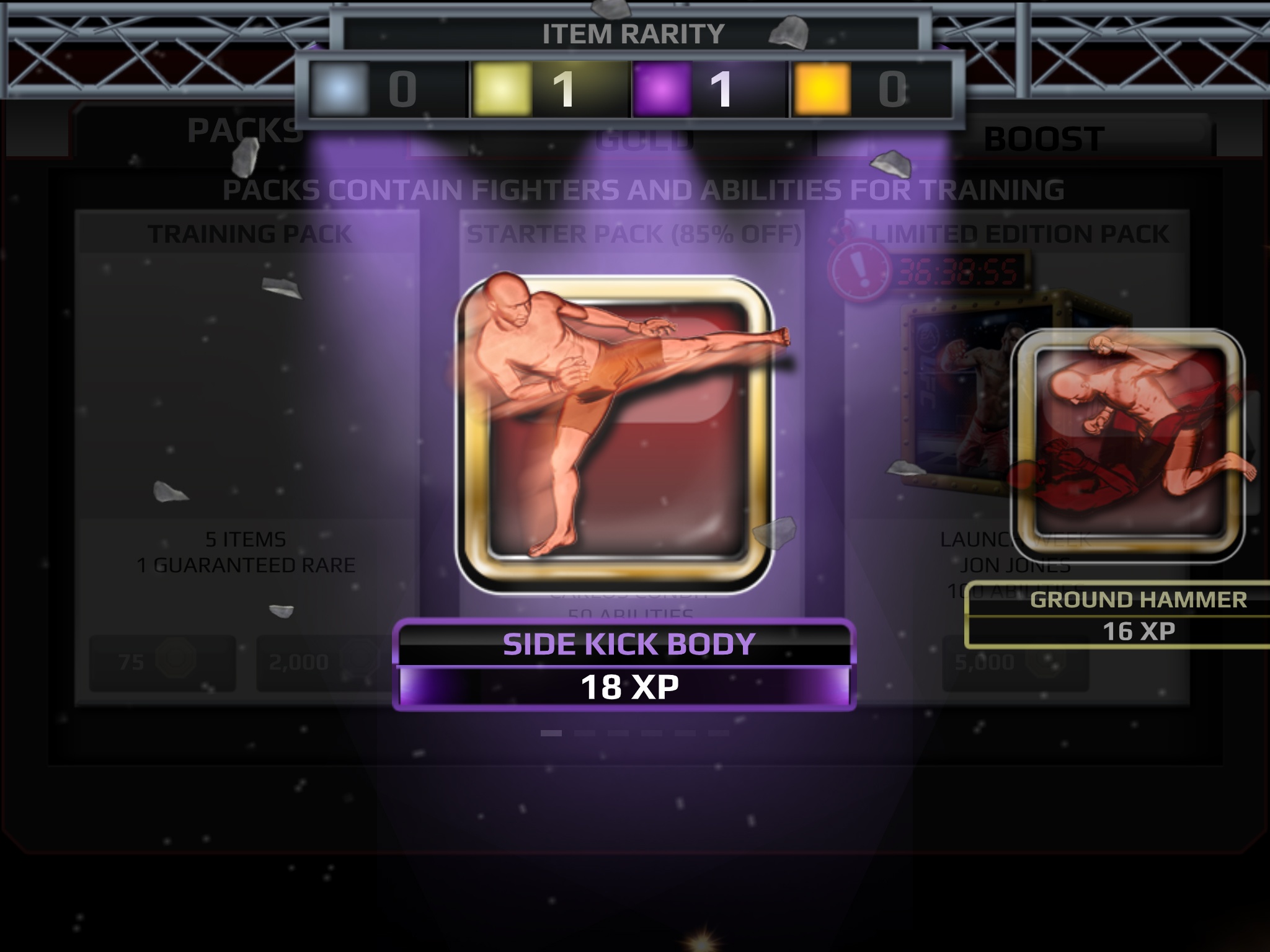 The more you play with a specific fighter, the more experience you’ll collect with them and gradually abilities will unlock once that fighter reaches a certain level. UFC is neat in that each fighter comes tailored with their “signature moves,”whatever those may be. For me, a complete outsider to the world of UFC, I know very little about the minor differences in moves, and to me one flurry of fist-punches looks exactly like another.

While the nuances were lost on me, someone more keen on the sport will probably enjoy these special abilities much more than I did. Though, it was nice to have a good number of different ways to attack an opponent, as opposed to recent fighting games (looking at you Mortal Kombat) where I’m locked into one or two moves for the duration of the fight.

Visually, the game is decent at best. For whatever reason, the fighters all have a glossy coating on them. You could say it’s sweat, I guess, but they have the shine to them even at the start of the match, so they end up just looking like plastic for the whole fight. The attacks weren’t the smoothest either; I couldn’t tell if it was more of a framerate issue or just choppy animations, but the fighter’s moves were not as fluid as what I’ve seen in other mobile fighting games.

All in all, EA Sports UFC will always appeal to fans of the sport more than outsiders, just because the game focuses more on the smaller things, like signature moves, rather than obvious flashy differences like players will find in games like Mortal Kombat or WWE Immortals. With that said, UFC 2015 is a solid fighting game with a good assortment of ways to beat your foes into submission. The energy boosts and pay-to-play fighters aside, this is one I’m sure fans of MMA will want to check out.