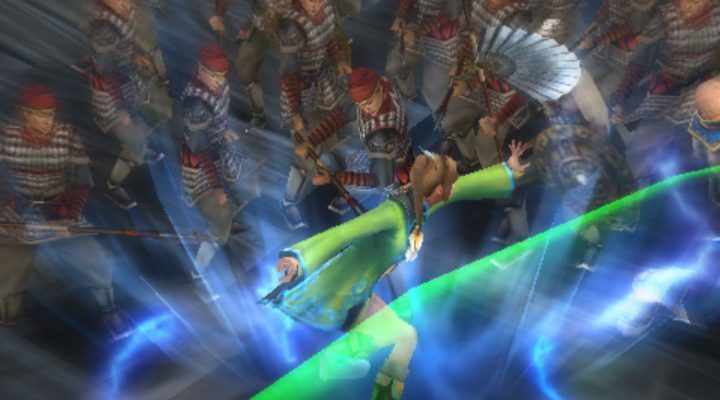 Excellent graphics and simple controls keep up with the huge numbers of enemies.

Plenty of depth that opens up as you play.

Still would be better suited to physical buttons when the action is at its most frantic.

If you feel the need to fight as many opponents as possible at one time, there’s a good chance you have some feelings of inadequacy you need to address. Then again, I’m not a psychologist by any means. You also probably don’t want to brawl with a whole bunch of people in real life since that’s likely to end in criminal charges, so Dynasty Warriors Unleashed is your best bet for satisfying that “me against the world” feeling you crave.

If the name rings a bell, that’s probably because you know it from the world of console gaming. The Dynasty Warriors series dates back the late ’90s and has, for the most part, focused on hack and slash action against ridiculously large numbers of enemies and formidable bosses using the Three Kingdoms period of Chinese history as a backdrop. 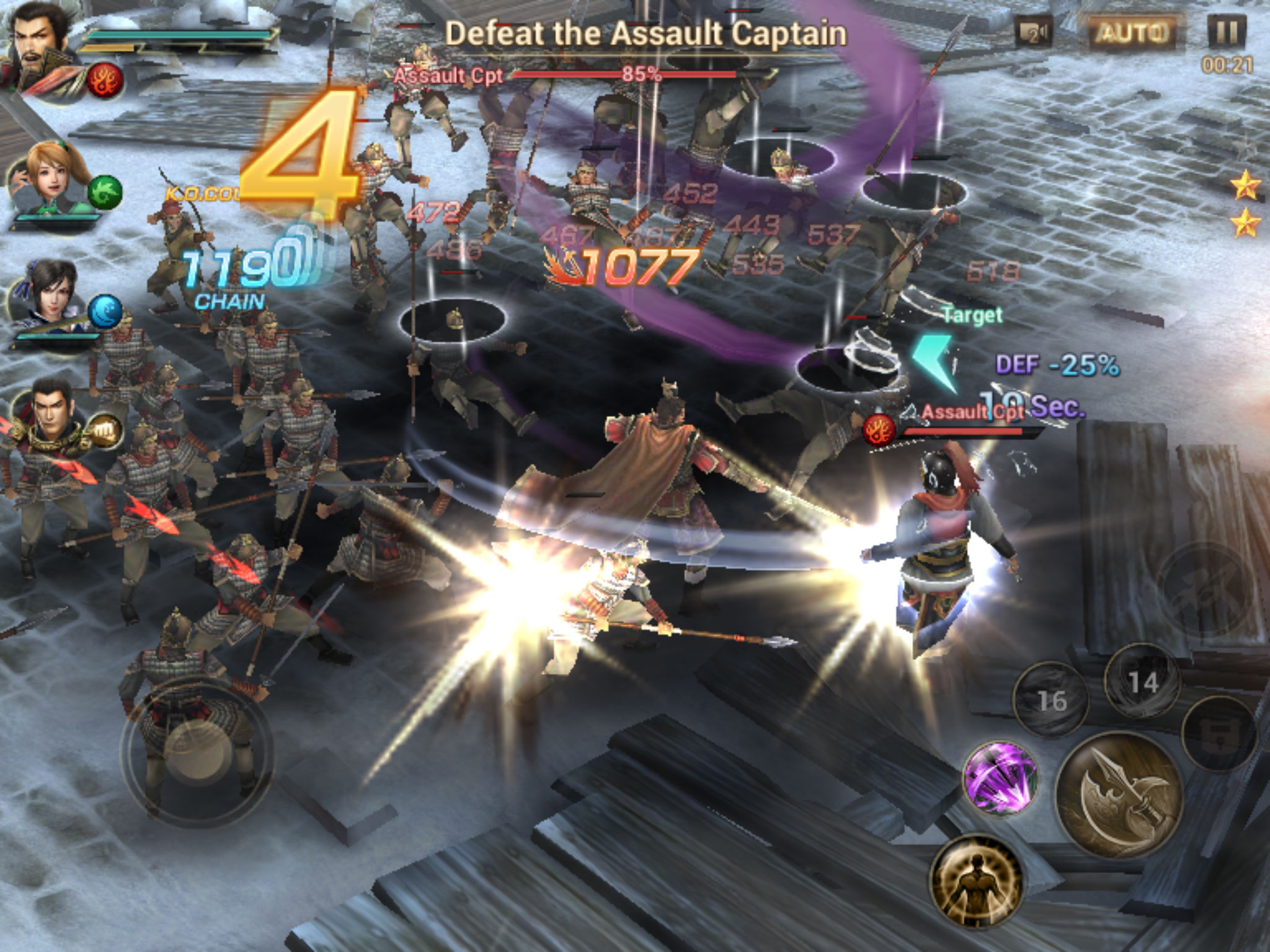 Dynasty Warriors Unleashed doesn’t stray too far from that proven formula, telling a story about the kidnapping of the emperor by the treacherous Dong Zhuo. A whole bunch of intrigue plays out as you advance through the Campaign mode, with shifting loyalties, attacks and counterattacks and lots more all rendered in gorgeously detailed cutscenes.

Once it’s time to get down to business, the Campaign stages offer tons of action in the time-honored Dynasty Warriors tradition. You take control of an officer from one of the game’s three factions and fight your way through tons of cannon fodder-esque enemies before facing off with one or more bosses. Each officer has his or her own signature weapons, as well as a variety of special abilities for when the going gets a little tougher. There’s also a rock-paper-scissors relationship between the factions that fits perfectly into what experienced mobile gamers have come to expect. 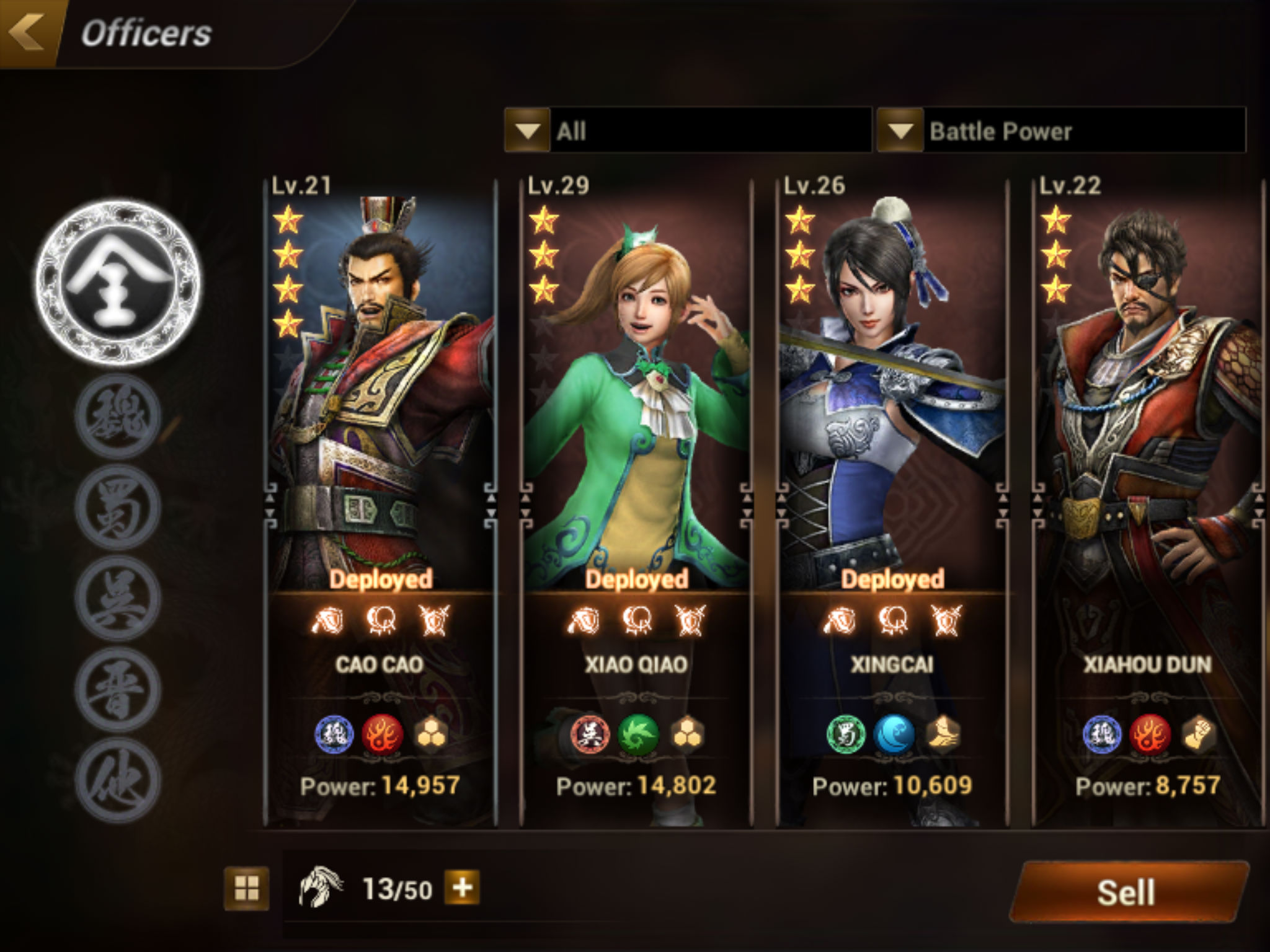 The controls are simple and mostly effective. A virtual stick on the left side moves your officer, with virtual buttons on the right for basic attacks and special abilities. Since you have a team of three officers for every level, you can tap the portrait of another member of your team to summon them instantly, as well as 20 seconds of assistance from an officer you borrow from another player. Movement and basic attacks are easy enough, but I found myself searching for the various specials and never sure if I was tapping in the right place without looking.

There’s also a weird difficulty curve where Dynasty Warriors Unleashed goes from pretty easy (especially if you activate the auto-play option) to really challenging — as Drake might say, real quick. It helps once you get the various systems of refining your weapons and armor down, and you can train your more powerful officers more quickly by using ones you don’t need to level them up. The game does a nice job explaining new options as you go instead of throwing everything at you from the beginning. 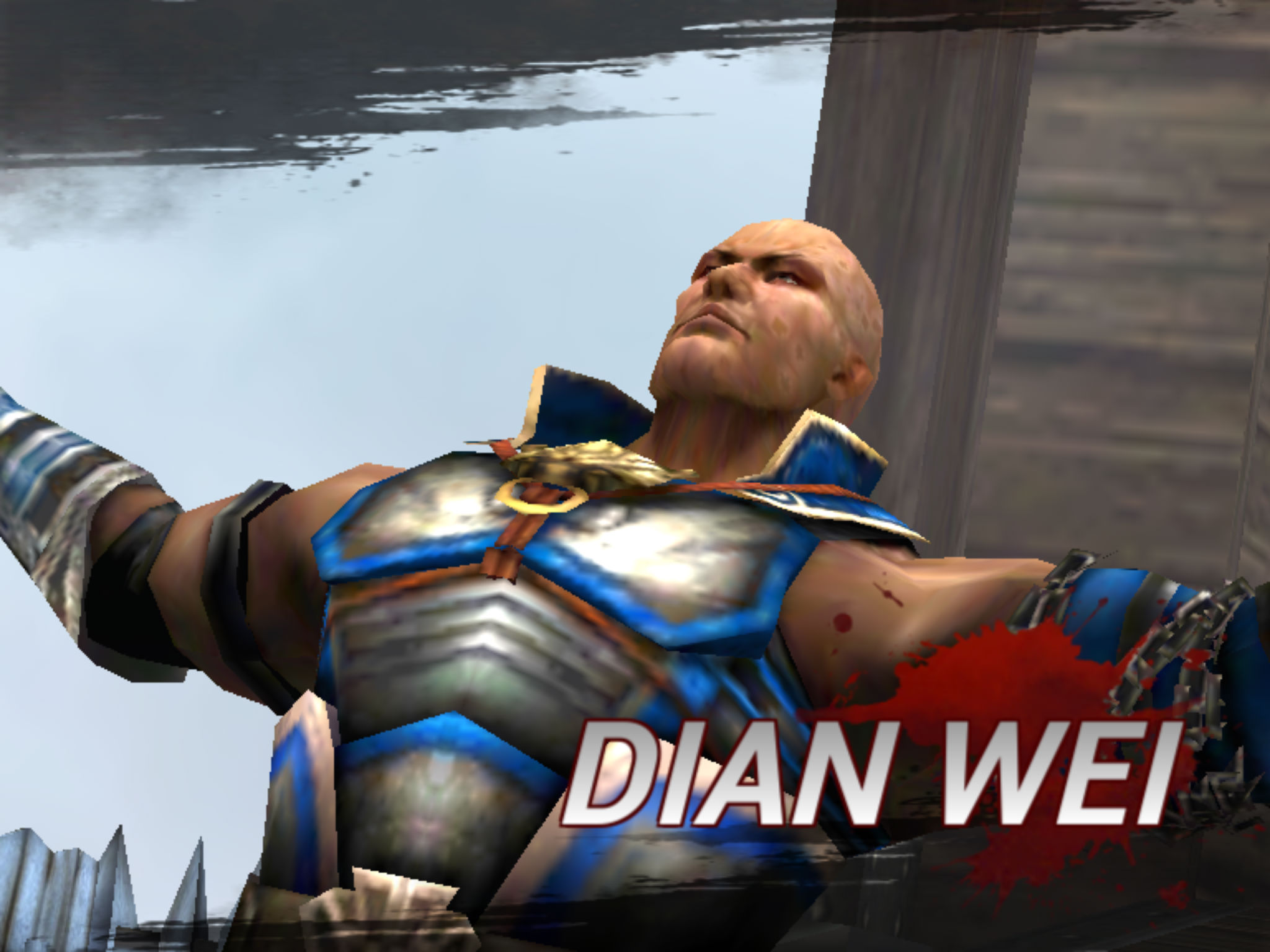 Additional game modes also open up to you as you advance, including some that feature live PvP against other players and worked smoothly during my review time. That’s impressive for a game as visually detailed as this one, and while there are separate energy systems for solo and multi-player modes, neither felt especially restrictive. You can play this game for pretty long sessions if you want.

And there’s every chance that you will, in fact, want to do that. Dynasty Warriors Unleashed does an excellent job bringing a specific style of action-oriented gameplay to mobile that used to be solely the province of mobile gamers, and it’s solidly constructed all the way around. The best part is there’s no fighting to get it, as you simply go to your app store of choice and download it for free. Save that aggression for inside the game.

Witches’ Legacy: The Ties that Bind Review – Toil and Trouble

Kami 2 Review: Still Above the Fold