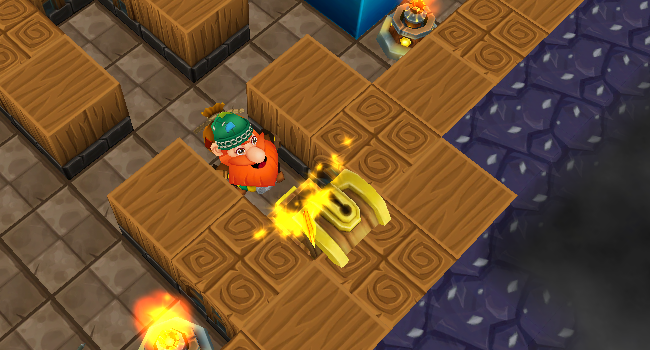 The heroes are pint-sized, but the fun isn’t

Dwarves and dogs have one thing in common: Both love to dig. It’s possible both enjoy lifting their legs on fire hydrants too, but we’ll never know for sure. Dwarves would rather talk about gold and gems than how and where they relieve themselves.

Dwarven Den is a puzzle / mining game from Backflip, the studio behind the long popular DragonVale dragon breeding simulator. Unlike DragonVale, Dwarven Den is fast-paced and action-oriented. It’s creative, it’s challenging, and it’s satisfying to play (games that revolve around digging usually are). That said, its free-to-play trappings, though minimal, may frustrate some players.

The action in Dwarven Den takes place underground (naturally). A single dwarf begins a quest to dig out and rescue some relatives that are trapped in crystals. Oh, and he pockets whatever loot he digs up on his quest, of course. Finders keepers.

While each level of Dwarven Denends when a specific goal is reached, there’s more to every dig than just racing to the finish. There are stars and items to collect from treasure chests, as well as gold to dig up and enemies to dodge and / or dispose of.

Avoiding enemies is especially vital, since running headlong into a spider costs you precious stamina. When your dwarf swings their pickaxe, the action costs a single unit of energy. If you run out, the game is over. Tougher rocks take more energy to clear, making it vital to balance goal-hunting with digging for energy ore.

There are things you can do to preserve your dwarf’s energy, however. Forging new picks can help you cut through rocks with fewer strokes, helmets can grant stat bonuses, and technology like torches, compasses, bombs, and traps can make the journey a lot easier. 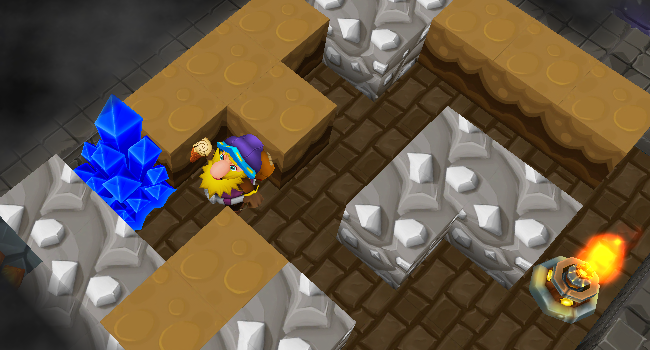 The varied tools, upgrades, enemies and goals in Dwarven Den help keep the experience worth picking at, so to speak. You can go straight for your objective, or you can take detours and see what each maze has to offer – though you do so at your own peril, since taking the long way around can cause you to find yourself stranded without energy. Nevertheless, you’re compelled to keep on digging because the very action of doing so brings with it a sense of adventure and accomplishment. The realistic sound effects of metal striking dirt, sand and rocks is also kind of pleasing.

Failure can be pretty aggravating when it happens, though. Dwarven Den is a free-to-play game, and its hard currency is difficult to come by if you don’t want to buy it. When you die, you have the option of reviving on the spot for ten gems, which is a significant quantity. Otherwise, you’re forced to start over again from square one. Oh, the agony of being a dwarf!

It’s a small mark, though. Dwarven Den should keep you busy for hours despite (or maybe because of) its do-overs. Fans of adventure games will (wait for it … wait for it …) dig it.