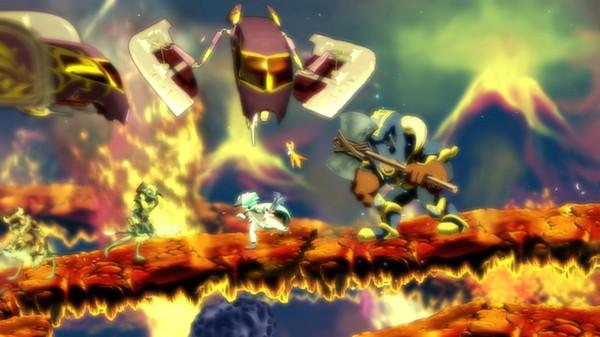 Dust: An Elysian Tail is how you should spend your weekend.

Sometimes you play a game that simply blows you away from the get-go: impressing both in terms of visuals and gameplay. Then you discover that the majority of the game was created by a single person, and the gravity of the experience knocks you off your feet just a little bit more.

Originally a 2012 Xbox 360 release, Dust: An Elysian Tail appeared on Steam earlier this month, meaning that PC gamers now have absolutely no excuse not to visit this gorgeous, powerful Metroidvania/hack n’ slash mash-up. This is the sort of title that truly sets the standard for what an indie game can offer. You play as Dust, an anthropomorphic ninja who wakes up with no memory of who is he, or what he has done. With the aid of a talking sword and a fairy, he makes his way through barrages of enemies to discover what has happened to him.

Let’s get the obvious out of the way first: Dust is stunningly beautiful. From the backdrops to the cutscenes to the character animations, it’s an absolute joy to watch in motion. But it’s when the game’s special effects come sweeping in that you really get a feel for how gorgeous Dust is. Your Dust Storm move in particular causes the most wonderful distortion across the screen, and objects in the backdrop (such as trees) will react to the wind that is sweeping around the protagonist. It’s this attention to detail that really sets the game apart.

The combat is just as slick and swish. Dust is primarily a button-masher, but it’s a considered balanced button-basher, and one that focuses on making the player feel all-powerful. Apart from hammering combos out with the slash buttons, you can also use the Dust Storm move to send items flying all over the screen, and essentially juggle enemies.

Yet at the same time, you need to make regular movements and keep firmly on your toes, thanks to enemies that can sidestep around you and strike from behind, coupled with the fact that your Dust Storm move requires a cool down period. Plus, the controls feel spot-on to the point that when you’re hit by an enemy, it always feels like it was your fault. It’s all so meticulously welded tightly together, and you come away with a hugely playable 2D battler. 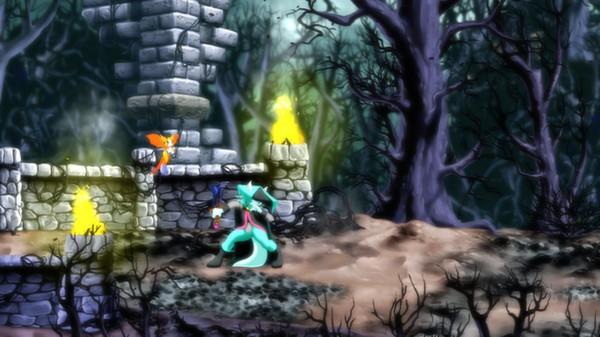 The game’s layout has a vaguely Metroid-like feel to it. It’s semi-linear, in that you regularly move from points A to B over and over again; but along the way there are certain openings and secret passages that you won’t be able to open. As you unlock special moves later into the game, you can then go back through past levels and uncover these secrets. And there are also RPG elements thrown in for good measure. A leveling system sees you bumping up your stats every once in a while, and an inventory/crafting system acts as a sort of side-mission, as you collect materials from dead enemies, and combine them to create more powerful weapons and armor. Side quests aplenty come as standard too, with dozens of characters that want you to do this and that for them.

But get this – the story in Dust is actually worth following along with. It’s a well-consider tale, with plenty of twists and turns along the way, and you’ll genuinely want to cut your way through to the end to find out the truth about Dust. How many video games can you say that about? It helps that the voice acting is blissful throughout, with a great selection of actors who really give personality to the characters. The soundtrack, too, compliments the game’s style throughout to a fantastic degree. 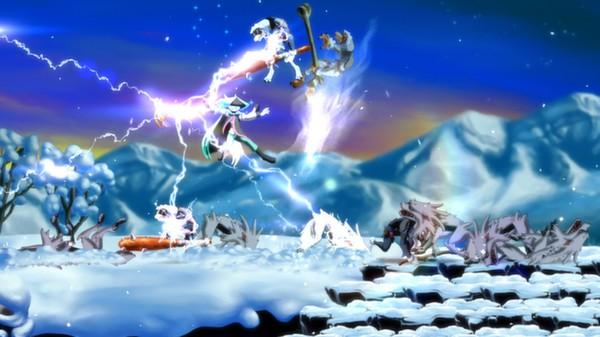 OK, so there are a few nuisance areas in Dust that will cause your knuckles to clench, and sure, the combat eventually begins to get repetitive after half a dozen hours of play. But there’s just too much variety and wonder to really bring Dust down. This is a game you need to play, and sole developer Dean Dodrill deserves massive recognition for what he has built. Don’t merely consider playing Dust: An Elysian Tail – just get it downloaded already.

Chronicles of Albian 2: The Wizbury School of Magic Review