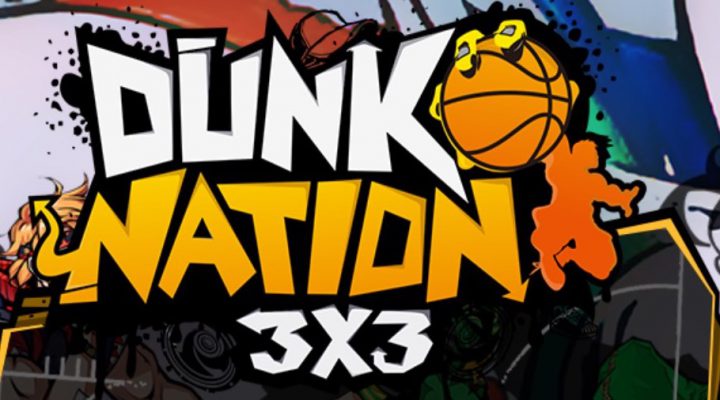 Great game mechanics that are easy to understand and easier to love.

It's not for kids - raunchier than the typical sports game.

Can take a long while before career mode games get tough.

Dunk Nation 3×3 offers some of the best game mechanics of any mobile basketball game on the market. This should, for all intents and purposes, make it a great game destined to be beloved by sports fans around the world. However, for many of those who might have loved the game, it’ll be hard to look past the raunch. If streetball has always been known as traditional basketball’s more outrageous sibling, Dunk Nation 3×3 takes the extreme to the extremes.

Leaning more towards Grand Theft Auto than the NBA2K series, this is one sports game that’ll make you think twice before handing your iPad over to your kid on the end of summer road trip. Although the women on the court, more often than not, seem to be the strongest players, to say they aren’t exactly dressed for success is putting it mildly. 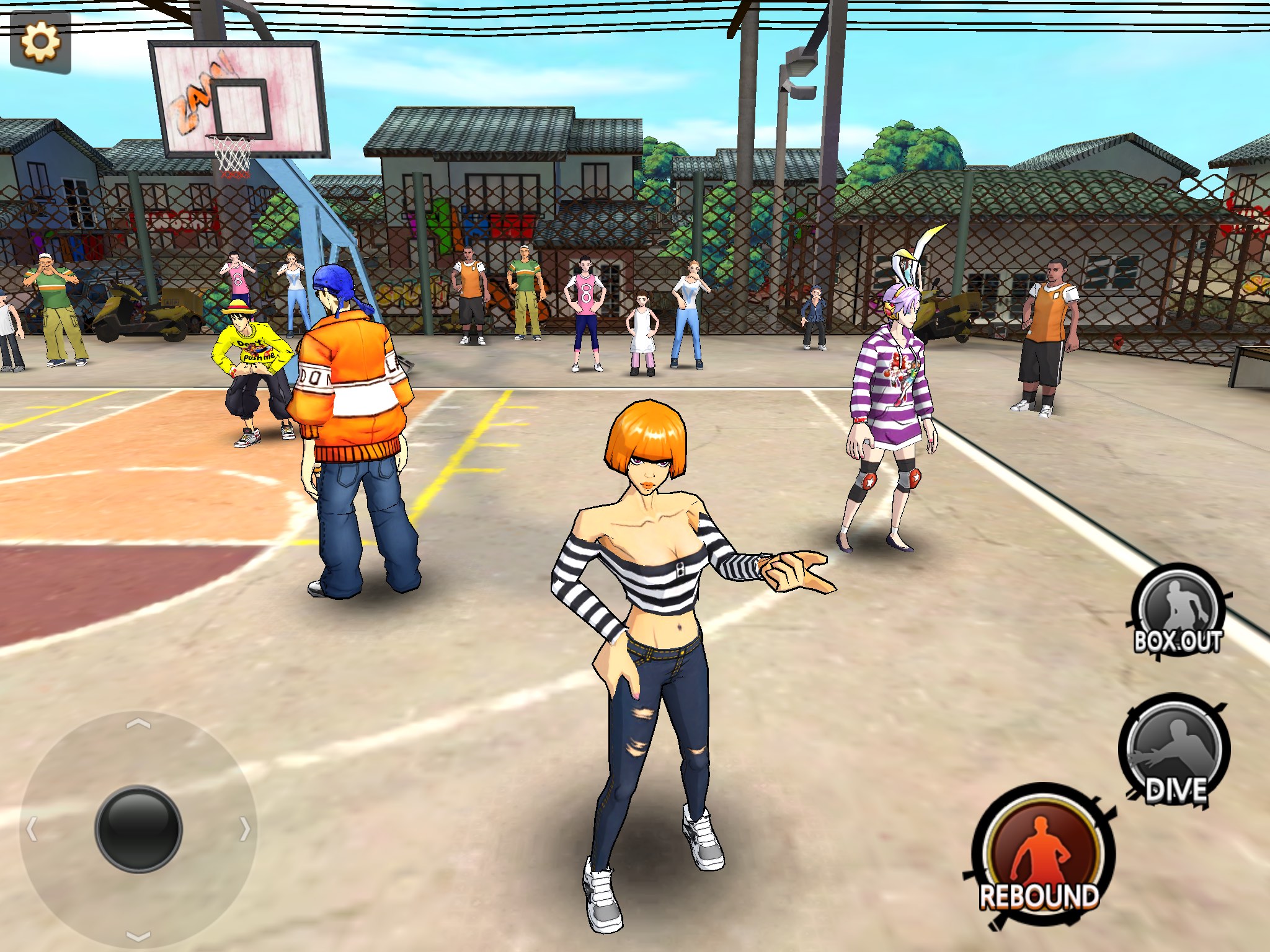 These players might be lighting up the scoreboard, but it’s hard to shake the feeling that their main purpose is making suggestive gestures between baskets. There are some players who are really going to enjoy this aspect of the game, in which case this might be as close to perfection as they’ll ever find in a sports game. For others, how you’ll feel after playing Dunk Nation 3×3 will be more about reconciling the visual style with the hard-to-beat gameplay.

There’s two main game modes in Dunk Nation 3×3. PVP teams you up with players from across the globe to square off against three other players. The more wins you rack up, and the more valuable a player you prove yourself to be, the better the group of players you’ll get to play with & against. You want to play with the best? You’re going to need to work hard. 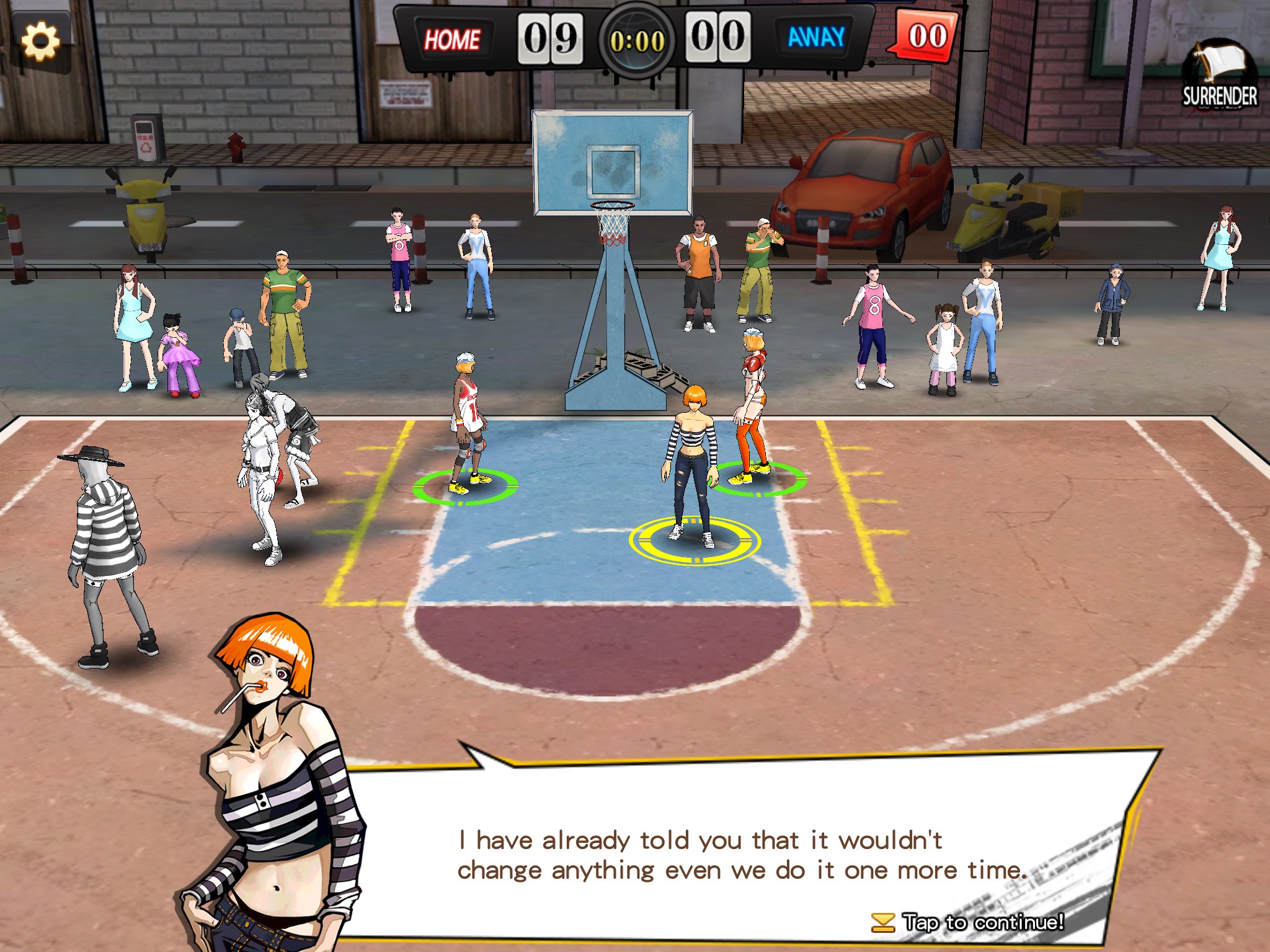 This leads us to career mode. Similar to the career modes found in other sports games, you’re set up with a series of challenge games to beat, each a little bit more difficult than the last. Within each chapter you’ll be working your way towards a championship game, racking up experience points which, when cashed in, will make you a better player.

If things start to get a little tough, you’ve got nothing to worry about. There’s also an option to go it alone for a little bit and practice, practice, practice. Getting those shot and rebound timings just right can be a lot of work, but it’ll pay off in spades. 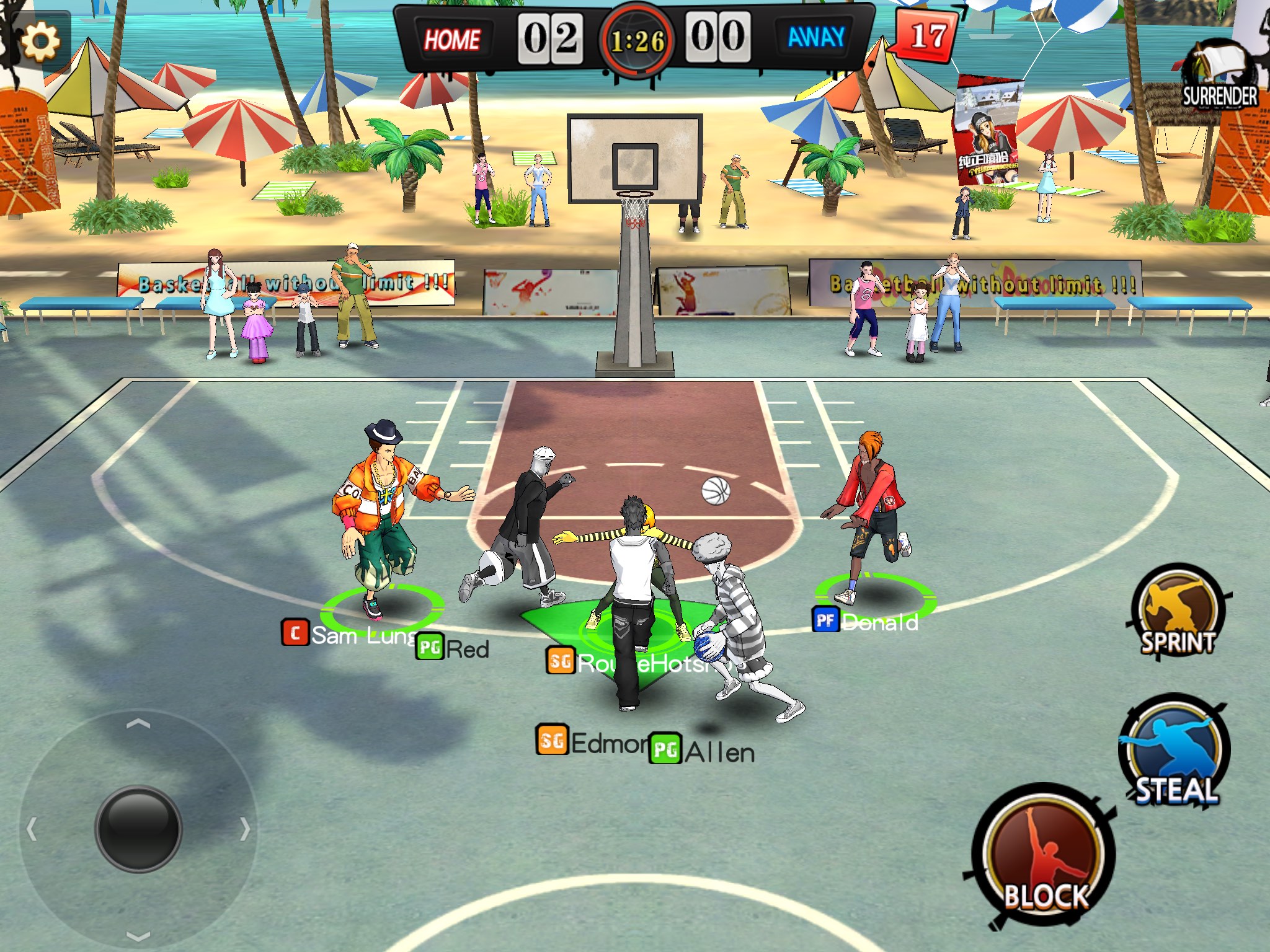 Dunk Nation 3×3 is, beyond the characters, a good-looking game. The cartoon graphics work really well for the genre and are a nice break from the hyper-realism of the likes of the 2K basketball series. For basketball game enthusiasts, the layout of the court will feel instantly familiar, with good use of space and place.

The main criticism with the gameplay itself is that it can be a good long while before the games start to get really challenging. For those who are basketball game connoisseurs, it could very well be the third section of career mode before you start to face anything approximating a real challenge. Rather than seeing this as frustrating, it’s probably better to appreciate this initial pace so that you can rack up the experience points and rewards. 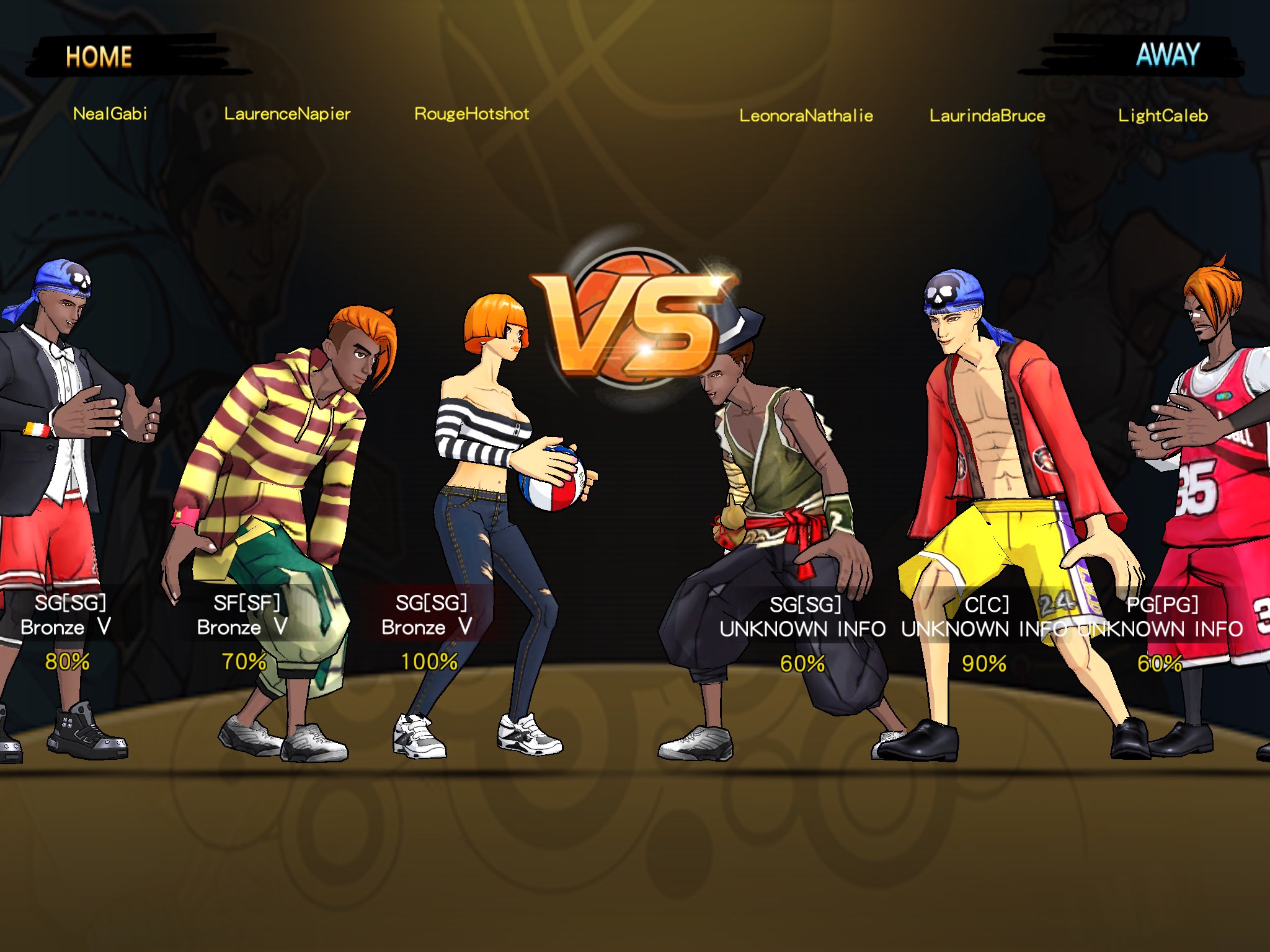 Dunk Nation 3×3 is free-to-play and makes full use of the in-app purchase model. Between in-game rewards and real-life money, you can unlock new moves (including an impressive array of dunks), upgrade existing skills and even pick up some fresh threads. For those that find the initial outfits a bit too revealing, it’s possible to buy something a little more conservative.

Overall, Dunk Nation 3×3 offers some of the best basketball on the market, though whether you love it or loathe it is something that’s likely going to come down to whether (and to what degree) you can appreciate its ‘stylistic flourishes’.