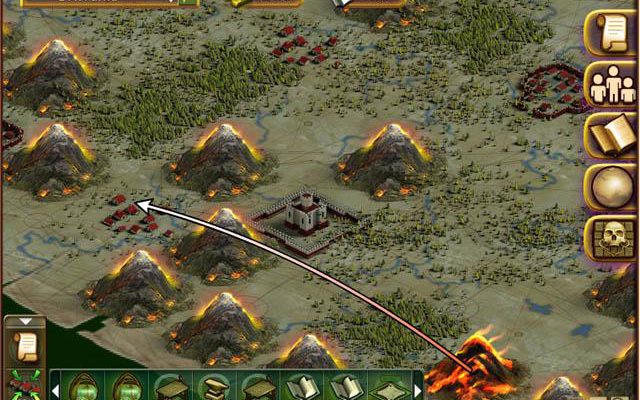 Dungeon Overlord is a pleasant surprise of a game. The overall play style is similar to other Facebook grand strategy games like Kingdoms of Camelot, but Dungeon Overlord is more than a new fantasy wrapper around an old gameplay format. Dungeon Overlord also draws inspiration from an older PC title called Dungeon Keeper, where the player is an evil overlord who has to build and defend a dungeon. Dungeon Overlord ups the ante, letting you conquer nearby dungeons and fight other overlords for supremacy.

The game begins with a lengthy tutorial that, in all honesty, continues long after the tutorial tells you it’s over. Over the course of your first few days playing Dungeon Overlord, you’ll take a dungeon that begins as a sad strip of rock and lava and fill it up with goblins, orcs, living quarters, farms, and mines. You’ll spawn dread warlocks to research foul technologies like… uh, like boiling leather and mining more efficiently, but you get my drift. If you’re a player who likes to begin with nothing and eventually gaze over a bustling community, Dungeon Overlord scratches that itch marvelously. 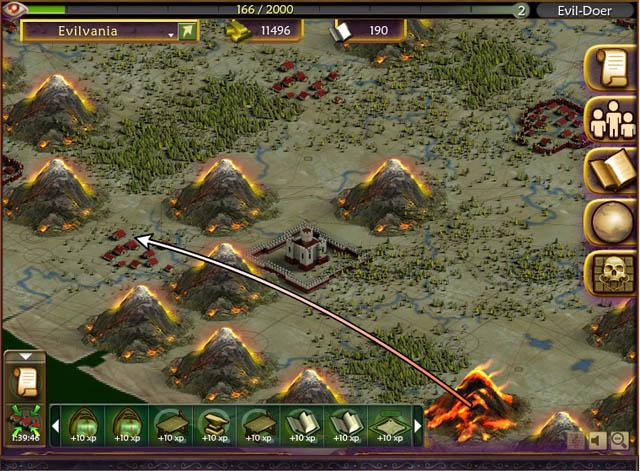 Typically the first real wall you run into with these grand strategy games is the sheer amounts of time required for building and upgrading facilities, but Dungeon Overlord is more concerned with resources. You’ll spend a lot of time trying to figure out how to get your goblins to mine crystals and iron faster. Eventually, you’ll be able to conquer other dungeons to exploit their resources. The resource starvation you experience early on makes you really want fresh resource nodes. No matter how pleasant you are in your day-to-day life, you will cackle with savage joy when you seize control of new lands or raid resources from pitiful surface-dwellers. 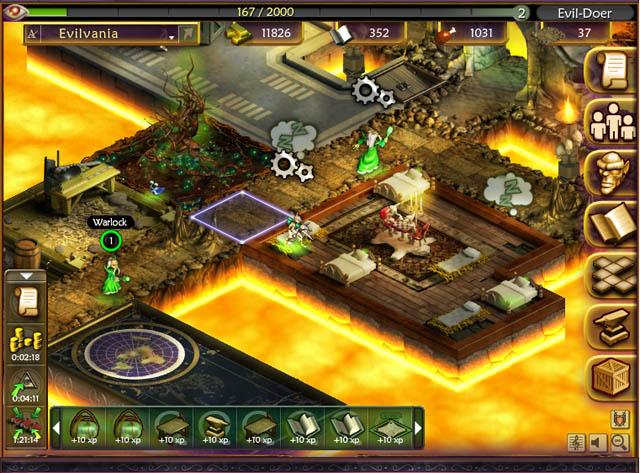 As in most other grand strategy games, combat is largely a hands-off affair where you tell your troops to do something and later you’re informed that they either did it or failed miserably. Battle is less a feature in itself than a means to an end in Dungeon Overlord, as the real fun of the game is in getting more territory to develop. Each dungeon offers a limited amount of space, which forces you to be creative. You can buy faster construction but there doesn’t seem to be a way to simply buy more space or more resources with real money. 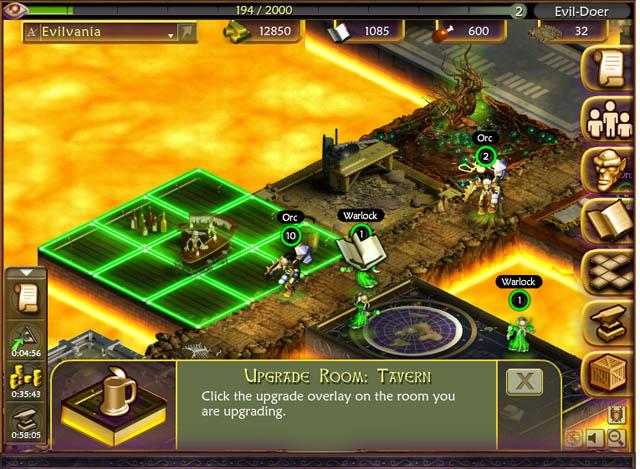 There are a few social features in Dungeon Overlord, like getting help from friends and selling raw resources through the game’s marketplace, but this game is primarily a single-player affair. It runs smoothly despite using pre-rendered graphics far more complex than typically seen in Facebook strategy games. In fact, the game can run for days without leaking memory in the Chrome browser. You will probably run it for days, too, compulsively harvesting crystals and wishing you’d built your tavern somewhere else.