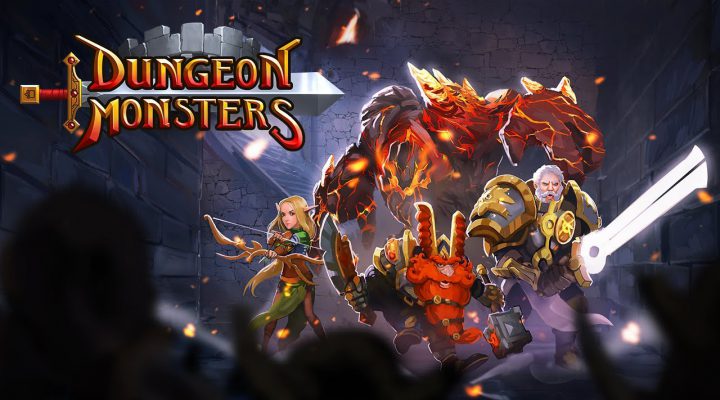 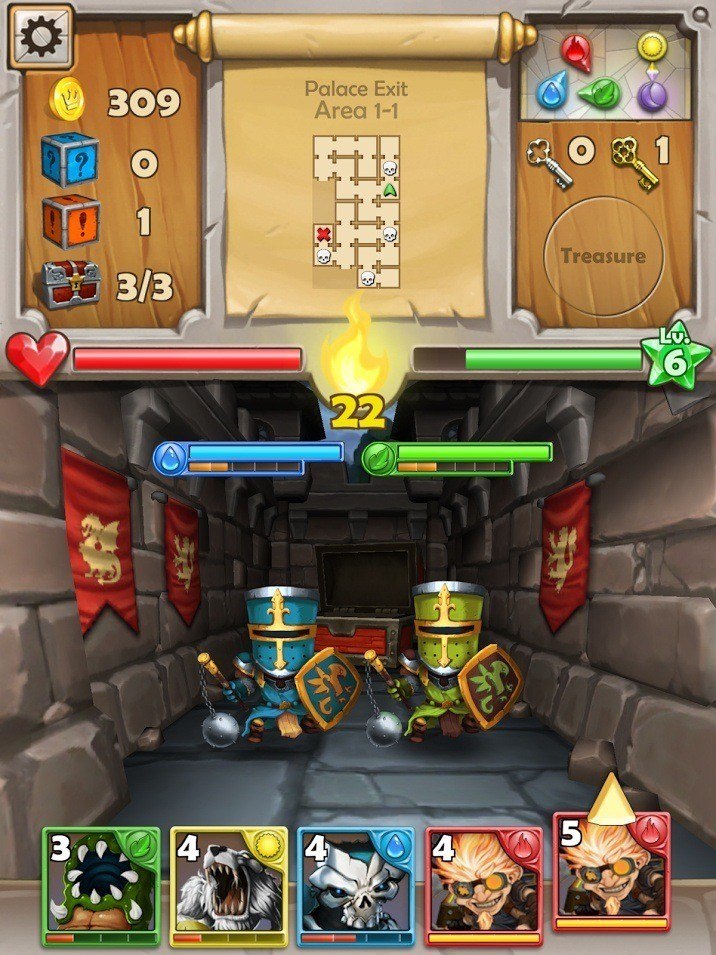 Combat is turn-based, but the turn is determined by an action bar that gradually fills up for each monster in combat, and a stronger monster may take longer to power-up than a smaller, weaker monster.

Dungeon Monsters RPG suffers because the combat, while all around standard, isn’t terribly exciting. Since the game is in first-person, players don’t get the satisfaction of seeing the monsters that they’ve spent so much time collecting and raising, attack their opponents. It’s simply a tap to attack followed by an attack sound and a slash visual. HP is then deducted, and it’s on to the next monster’s turn. It’s quite dull, and it’s not helped at all by the fact that the monsters are all static images.

The game also suffers in that it deters players from fully exploring dungeons with a weird movement-limiting torch mechanic. Every time you move forward, your torch counter is reduced by one. If the counter runs out, you’ll be engulfed in total darkness and must restart the dungeon completely. You can buy torch refills, but obviously you’ll have to pay (roughly $1) for each. 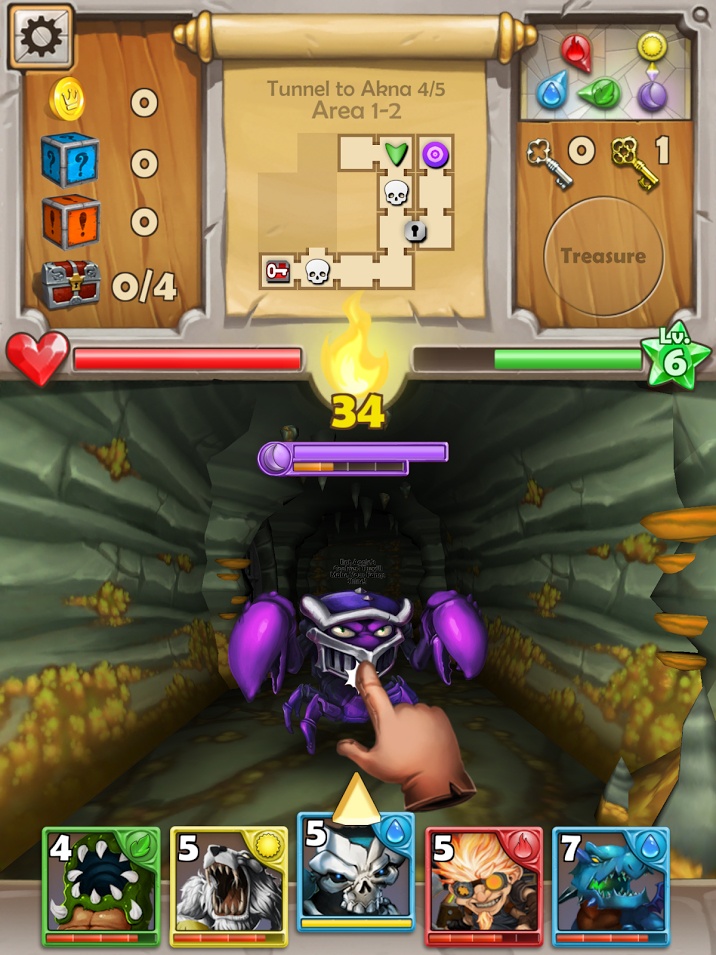 Because of the game’s torch mechanic, I found myself in a race to find the key to unlock the exit, rather exploring every corner (which is one of my favorite aspects of dungeon crawlers). Once I found the key, I ignored all the routes I hadn’t yet explored and made a beeline straight for the locked door.

For the record, I don’t feel like the developer was trying to be greedy, I just think it was an idea they had to try to expedite gameplay and add some tension. While it certainly did expedite my time in the game’s dungeons, it took away one of the key aspects of what makes a dungeon crawler great: the discovery. I no longer cared what was in the chest at the end of the hallway, since I already had the key. And because the combat isn’t that exciting, I wasn’t keen on having to repeat a dungeon to begin with. This left maps unexplored, as I made my way to the exits as quickly as possible.

It didn’t take long for me to bore of Dungeon Monsters RPG — not just due to the underwhelming combat, but because the game stays too easy for too long. It wasn’t until I was more than an hour into the game that the difficulty started to rise, and I began to have to carefully plan my attacks out.

As a whole, I don’t think Dungeon Monsters RPG is terrible. It’s a cookie-cutter mobile RPG experience. The developers mostly played it safe, and the one really unique thing the game brought to the table (the torch mechanic) ended up hurting the experience. If you’ve played a mobile RPG in the past year, you’ve already experienced nearly everything that Dungeon Monsters RPG has to offer; it’s just now in first-person with limited lighting.