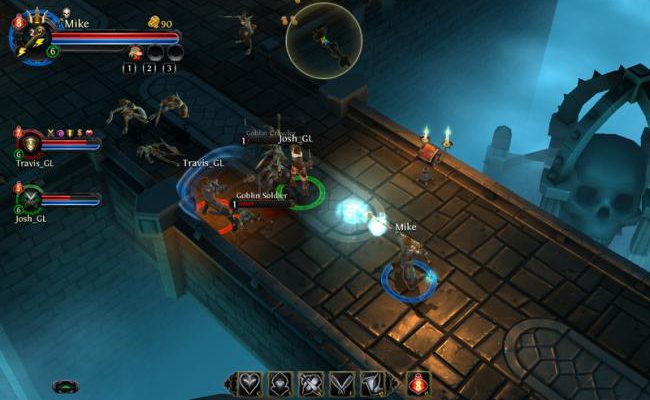 Dungeon Hunterwas a breakthrough when it first appeared, bringingDiablo-style gameplay to iOS devices.Dungeon Hunter Alliance, however, was pretty hit-or-miss when it was released on the PlayStation 3 this summer. Now, Gameloft’s brought the action role-playing game to the Mac and has the rare opportunity to get a do-over. For better or worse, the title is pretty much the same as before: It’s decent, but it just can’t out-DiabloDiablo.

You start the game at the unlikeliest of spots: Waking up inside your own sarcophagus. It turns out that you’re the resurrected king of the land, brought back to the save the remains of your empire a few years after your untimely death. It’s fairly standard stuff, though the dialogue hints at a pretty interesting world if you’re willing to read through a lot of text appearing on the screen.

What’s kind of amazing about this is how it’s unashamedly a port of the PlayStation 3 version. How blatantly obvious is this? Well, one of the instructions in the tutorial level mentions using a thumbstick. It’s really a shame that this sort of mistake made it through the QA process, because it sets a bad tone for what is actually a pretty reasonable game. 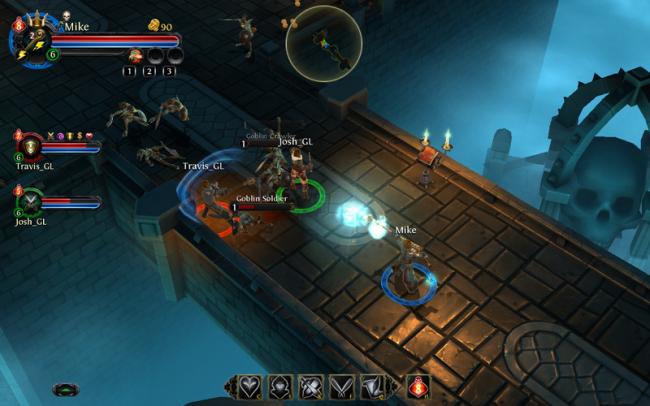 If you’ve ever played a dungeon crawler before, you’ll feel right at home here. You start off choosing what type of character class to play (mage, thief, or warrior) and then immediately start clearing long, branching areas of the monsters that infest them. Along the way, you pick up gold and items dropped by your enemies, smash up various objects in the hope of finding loot, robbing chests and graves for some extra treasure, pausing to read by candlelight, and occasionally dropping some gold off at random shrines in exchange for some tasty potions. On top of all this, you engage in standard RPG fair by leveling up and increasing your statistics and constantly swap out your gear so you’ve got the best stuff to bring against your enemies.

The simple control scheme goes a long way to making the overall gameplay experience. You can move via the mouse, using your standard arrow keys, or using WASD; the nice thing is that you can actually switch between all three of these schemes on the fly and they all work really nicely. Additionally, hotkeys for quick access to items and abilities are nicely implemented.

Visually, the game is incredibly reminiscent of Torchlight, with the exaggerated, clean, visuals (particularly the way the levels are designed). Character models, though, show a lot less detail when they’re viewed up close, especially during cutscenes. That said, they look fine during the actual gameplay, when the camera’s more zoomed out. 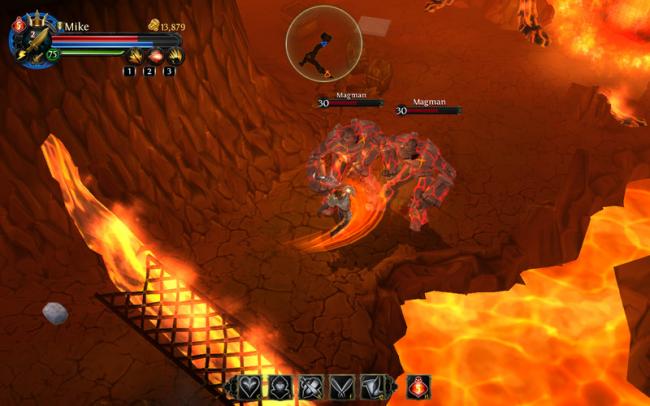 What’s a bit disappointing is how little actual speech there is; voice acting would’ve gone a long way to make the story really fun. Instead, the game’s dialogue really only shows up as lots of text that you have to read as it scrolls across the page.

The biggest problem that Dungeon Hunter Alliance faces is that it’s essentially a poor man’s version of Diablo, which is fifteen years old at this point but still deeper, more fun, and a lot cheaper. If this were a handheld title, it’d be great. Since it’s on the PC, though, it’s just alright. That said, if you’re just looking for some simple hack-and-slash action, you could do a lot worse.