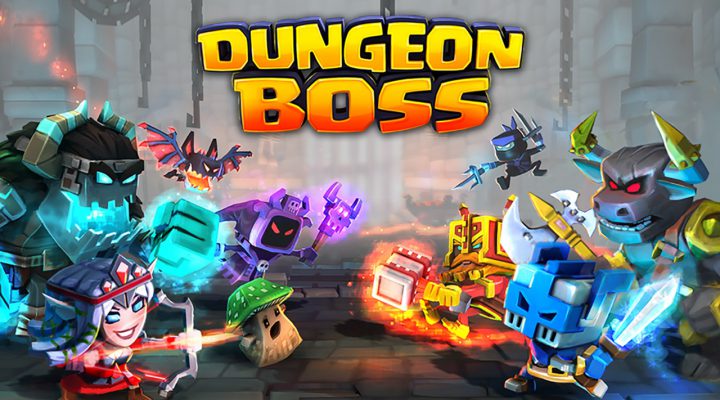 Lots of game without being forced to pay for a thing.

Very easy to adapt to the gameplay, but challenging enough to not be a breeze.

What a great month it’s been for mobile RPGs. Dungeon Legends, The Walking Dead: Road to Survival, and Final Fantasy VII all arrived to tantalize our role-playing souls.

And then there was Dungeon Boss, which much to our surprise, might just be the best of them yet.

Dungeon Boss is a fairly straightforward mobile experience. Players will collect a team of characters and battle through small dungeons using turn-based combat. Each character has a specialization as well as an elemental alignment that is represented by their color. Red is strong against green, but weak against blue, and so on. Anyone who has ever played Pokemon, or any other elemental, creature-based RPG in the past will have absolutely no trouble adapting to Dungeon Boss’ gameplay. But that familiarity doesn’t make it any less fun. 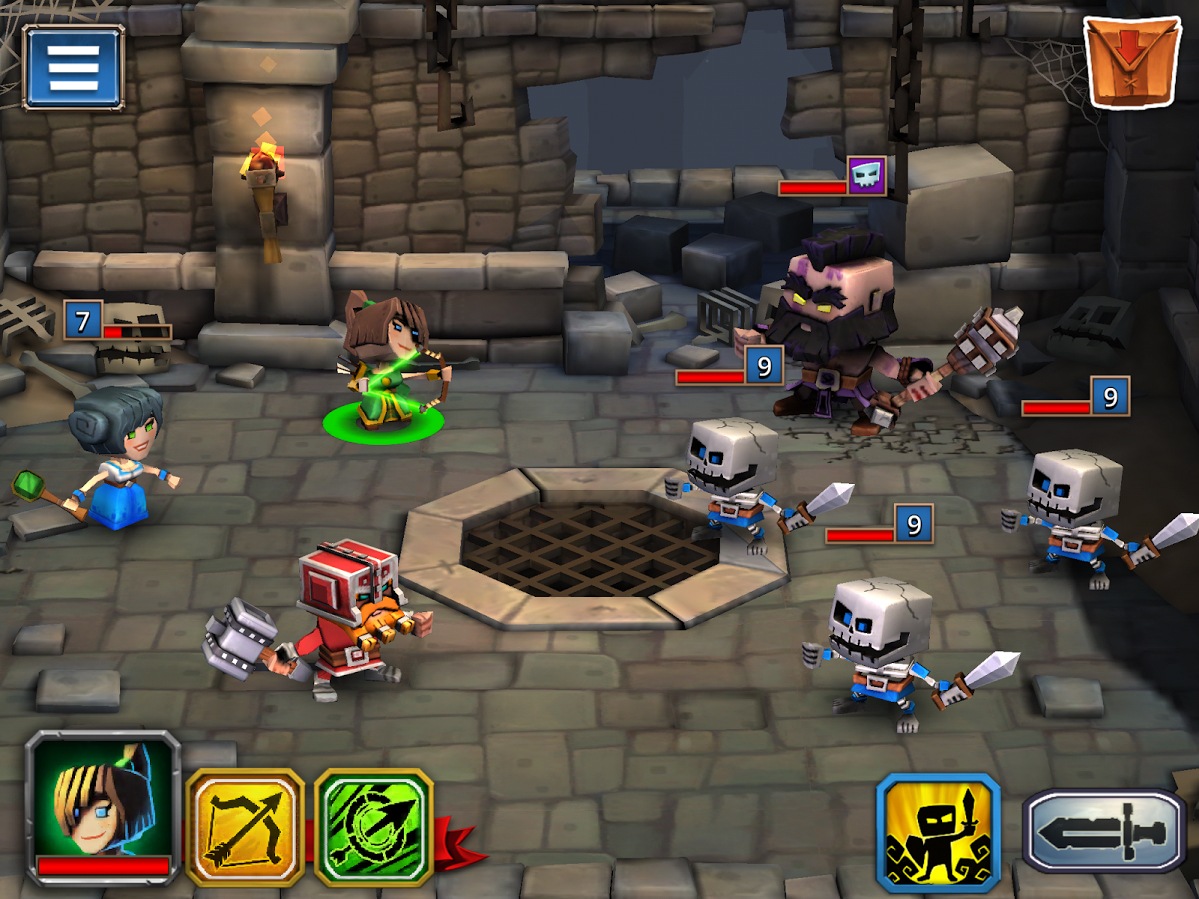 One of the best things about Dungeon Boss is the sheer amount of game that you get for free. Where other free-to-play games try and back you into a corner in order to pay for the game, Dungeon Boss lets you experience and judge for yourself if the game is worth investing some dollars into. Which it certainly is.

I was able to play Dungeon Boss for about an hour before my energy ran out and I had to wait for a recharge. As you level up, you’re rewarded with energy refills which allows you to continue without pause. Within that hour I unlocked a couple of new characters, fully upgraded my standard team’s abilities, ascended (aka mega-evolved) my main fighter, and I learned the ins-and-outs of how the game works at a comfortable pace. By the end of that hour I was ready to take a break anyway, as sixty minutes is more than enough time to spend staring at small screen. 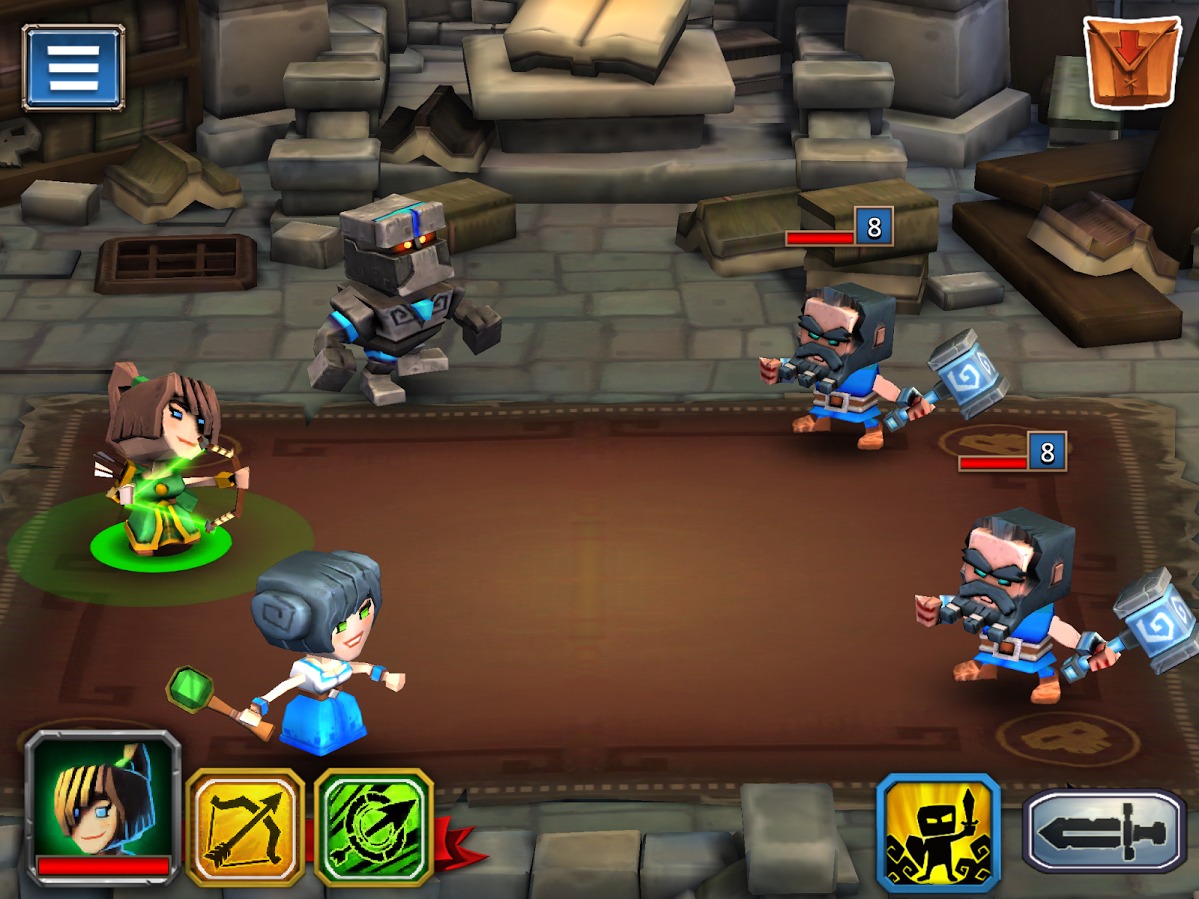 Dungeon Boss also has no ads that I ran into. I’m almost level 10 and I have yet to see a pop-up advertisement, a banner ad, or even the option to watch a video to earn some extra content. This tells me that all of Dungeon Boss’s revenue is coming from in-app purchases, and that shows confidence. Confidence in the fact that Big Fish Games knows their game is good enough to pull in money on its own.

I did hit a pretty hard difficulty spike nearing level 9, though. I had been cruising through the game pretty successfully, and then ran right into a boss that was seemingly way too tough. After spending all my energy on trying to take down the boss, I took a break as I waited for my energy to refuel. I later returned and went through some earlier levels, leveled up my characters, even managed to ascend my second character, but still could hardly get the boss down halfway.

With that said, the gameplay is fast and smooth enough that I do enjoy repeating levels, and there are random treasure rooms and gold stashes randomly generated throughout each dungeon run to incentivize repeat runs. Even if you fail a dungeon, you still get to keep the gold you found — so as long as you’re playing, you’re progressing.

Dungeon Boss is very easy to get sucked into and I found myself contemplating, more than once, to spend a few dollars to keep playing for extended periods of time. This is something I rarely ever consider in free-to-play games. Simply put, Dungeon Boss is an excellent game that is certainly worth your time and money, even if free-to-play RPGs have typically turned you away. It’s easy to learn, stylish, and gives you a lot of game at absolutely no cost to you. Don’t pass this one up.