Deviously addictive roguelike action. Lots of secrets and upgrades to explore. Casual enough that anyone can give it a try, yet features a ton of depth.

When you’re done with your Spamalot, try Dungelot on for size

I didn’t really “get” Dungelot at first. It’s a grid-based roguelike that feels very inspired by IGF winner Desktop Dungeons, in which you delve deeper and deeper into the dark demonic realms, slaying enemies and grabbing loot – all by simply clicking on squares.

But after just a few goes, I was hooked. Dungelot quickly shows itself to be a tough, tactical adventure that has plenty going for it. It’s simple enough that you can throw a game or two in during lunch breaks or bus journeys, yet houses enough depth that it’s not just a click-a-thon.

A randomly-generated 6×5 grid holds the key to progression. As you click the squares that surround the entrance, the grid begins to open up and you discover treasure, health, upgrades and monsters underneath. Monsters stop you from digging, so you’re forced to kill them in turn-based combat before you can proceed.

It all seems rather too easy and non-tactical at first glance, and your first playthrough will no doubt involve you randomly clicking on squares, killing enemies that appear, then shuffling to the exit when you manage to find the golden key.

However, as you progress you come to realize certain elements that are in play. For starters, you don’t have to kill enemies immediately – in fact, you can let them live in some circumstances, or just explore every possible avenue and uncover every enemy in one go before deciding in what order to attack them. This latter approach lends itself well to the various items you can find and equip. Some items allow you to attack or affect multiple enemies in one go, meaning that exploring everywhere before you set your plan in action is usually essentially.

Slowly but surely, other tactics begin to come into focus too. Sticking to the outside walls is best when it comes to enemies locking up your grid, while completing an entire floor versus not bothering and escaping early with the key all comes down to how much health it’ll cost you versus the payoff. 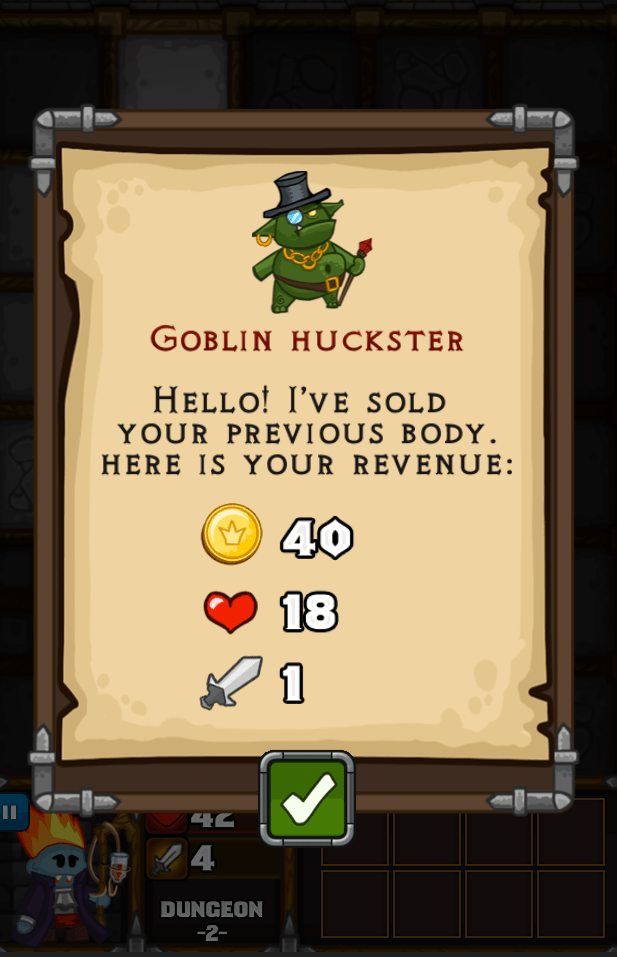 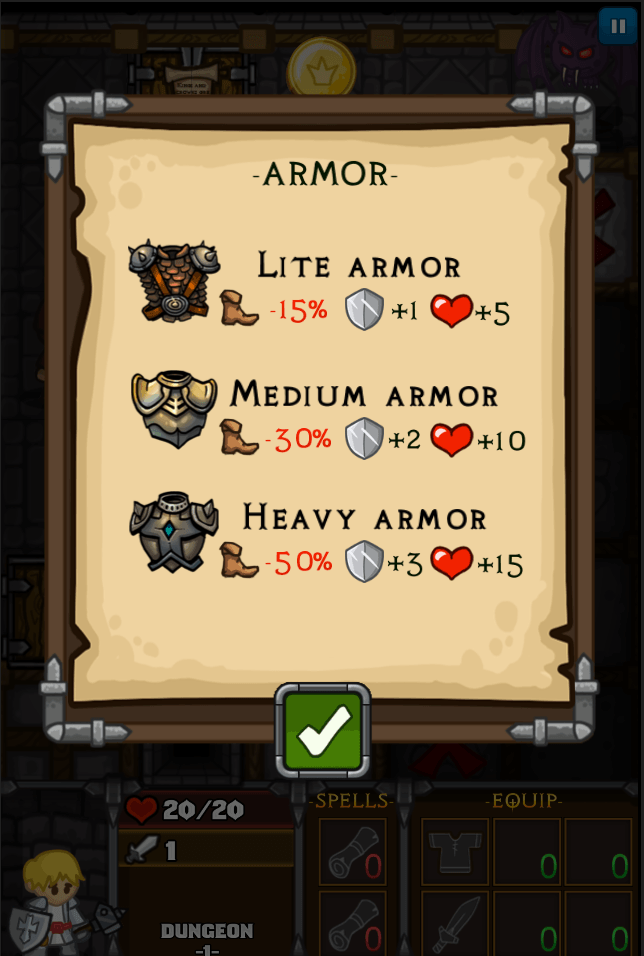 Because health and attack power are the most important elements in Dungelot. You need balancing them out perfectly against each other and against the rising difficulty level, or else you won’t be able to beat the enemies in the lower levels. For this reason, you also need to watch your coin intake. Coins are used for many different things, from upgrading your classes to opening up new pathways, and sometimes choosing to horde them over spending them recklessly is key.

Oh yes – classes. There are several types of character you can choose, each with their own stats and upgrades. Each plays completely differently to the others, and can make the game feel like an entirely different experience depending on how you choose to tackle it.

As you can tell from my rambling, there’s a lot more to Dungelot that meets the eye – and that’s without even mentioning the various quests you can undertake, the minigames you may find, the battle arenas that will ultimately destroy you, and so on. This is a beast of a game, yet casual enough that anyone can attempt to have a crack at it.

Hopefully we’ll see an expansion sometime soon, as you do begin to feel like you’ve seen it all after a while. Since the game never changes outside of the randomly generated grid, each new game feels less exciting than the last, and eventually we found ourselves all Dungelotted-out. That’s not to say it isn’t worth experiencing – rather, it does have its limits… eventually.

Dungelot takes a short while to really kick, but once it does, you’d better make sure you have a free evening – that sucker’s being lost to hours of casual dungeoning and many, many deaths.