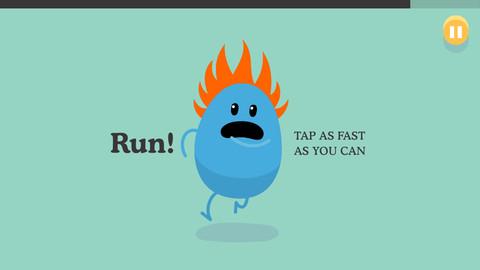 Dumb Ways to Die offers a quick and dirty lesson on train safety.

When you get right down to it, survival is still a struggle in our seemingly clean, modern world. Sure, our ancestors would become lunch if they couldn’t outrun a sabre-tooth tiger, but they didn’t have to contend with trains, cars, or dumb dares put forth by their friends. Dumb Ways to Die is an iOS collection of mini-games that reminds us how easy it is to lose a test of strength and speed versus a subway.

The Dumb Ways to Die game is actually an interactive version of a very successful safety campaign run by Metro Trains in Melbourne. Last year the city released the Dumb Ways to Die song, a maddeningly catchy tune that reminds you how easy it is to get your ticket punched—particularly if you decide to goof off around trains. The action in Dumb Ways to Die is delivered primarily via a procession of frantic micro-games. Nintendo’s WarioWare series is the best comparison, though the tasks and consequences of failure in Dumb Ways to Die are significantly gorier than anything the Big N has published in recent years.

The characters you interact with in Dumb Ways to Die look like a cross between snack cakes and characters from Roger Hargreaves’ Mr. Men series. Each character has a dilemma that you have bare seconds to fix. You need to tap rapidly on your screen to extinguish a guy who’s on fire. You need to carefully apply mustard to a hot dog, or else suffer the wrath of a rattlesnake. You need to spell out “PATIENCE” to prevent an idiot from driving around a lowered railway barrier. You need to blow into your microphone to buoy a plane that’s sinking to its doom.

Split-second thinking is vital in Dumb Ways to Die, particularly since the challenges start flying at a faster pace the longer you succeed. If you mess up three times, you’re done. Ultimately, the object of the game is to achieve the highest score possible, which in turn unlocks little goodies. You can populate the game’s train platform with smiling victims in various states of trauma, and you can also unlock the famous music video that cheerily explains how each character got messed up in the first place. And don’t forget to take the Metro’s “Safety Pledge.” It’s a button on the main menu. If you click it, you’re on your honor not to act like a dork around train tracks. 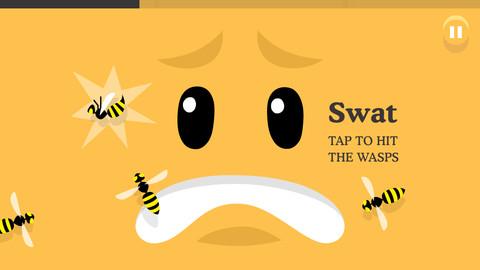 Despite its grim subject matter, Dumb Ways to Die is adorable and pretty hilarious. This is a rare example of a game that makes losing as much fun as winning. Unfortunately, there’s not a lot of substance to its gameplay, and what’s there is occasionally troublesome. You’ll encounter the same mini-games over and over, and not all of them work as well as they should. There have been a lot of complaints about the airplane mini-game, for instance (which you can opt out of via the options menu). There’s also a nasty instance wherein you need to wipe barf off your screen, but there’s so much of it splattered around that it’s seemingly impossible to get it all in time.

Dumb Ways to Die is free to download, so if nothing else, it’s great for a few chuckles. You probably won’t stick with it for long, but even if you delete the app, remember that train safety is forever.