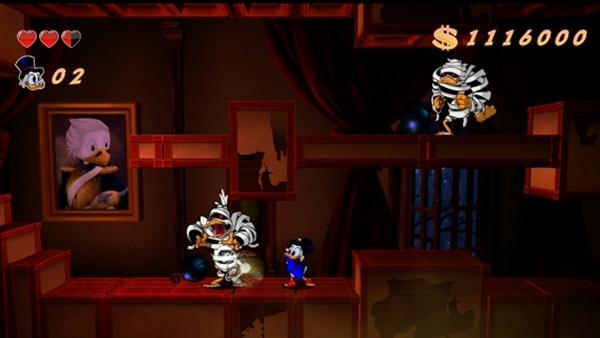 Scrooge McDuck is back with a quack

DuckTales Remastered should be the greatest thing since sliced bread. An HD remake of one of the most loved NES games ever, put together by WayForward, one of the most exciting developers of the here and now? Why yes, I would like to grab a copy of that, thank you very much.

But here’s the thing about keeping the old school in your modern remake – a lot of the game mechanics from the ’80s and ’90s aren’t all that much fun anymore. So is the case with DuckTales Remastered. It looks gorgeous, and fans of the original game (and the show!) are going to lose their minds over just how well it captures the feel of the NES version… but it’s now an incredibly clunky experience, and one that more youthful gamers aren’t going to enjoy much.

DuckTales Remastered takes the original story of Scrooge McDuck’s journey around the world, slaps some 2.5D HD visuals on top, and leans heavily on fan service for the rest. It’s extremely close to the original game, save for some level design alterations here and there, and some revamped boss battles.

If you loved the original game, then WayForward’s remake is going to get your motor running. The team is clearly also in love with the NES version, and has done an excellent job of porting it over and remaking it. The game features tons of nods to the original series, such as being able to dive into the vault of money and swim around –  and there’s even voice acting from the surviving members of the DuckTales cast, which is just mind-blowing when you really think about it.

The game feels wonderfully old school, too. There are oodles of secrets to find, just like in your classic platformers from the ’90s, and everything about it feels like it’s been stuck in a time warp. Essentially, if you’re a gamer who has come all the way through from the first generation of games consoles, then DuckTales Remastered will be a glorious walk through the past.

But this throwback to days of old also has its quirks. The controls in particular feel very clumsy and awkward, especially paired up with the dumbed-down level design. This is how games used to be created before we’d learned from 20 years of game creation, and there are plenty of moments where it feels entirely unfair. This isn’t WayForward’s fault, per se – rather, it’s just what happens when you pluck out the past and ram it into the present.

But the places in which WayForward has attempted to bring DuckTales up to speed are also pretty shabby. The cutscenes, for example, are incredibly slow and boring, and I eventually started automatically skipping them the moment one had just started. If you’re going to add story to an old game, at least make it snappy! 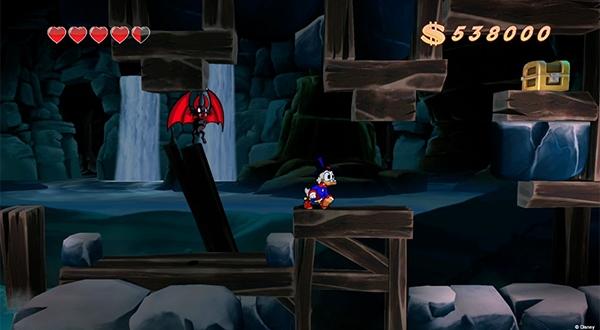 And there are numerous areas in which WayForward has altered the game, such as the boss battles. Unfortunately, these are now simply not as fun as the original title, since most of them now rely far too much on death as a learning mechanic. There’s no breathing space to beat a boss the first time you meet it, so you’re forced to learn patterns on your first go, die, and then attempt to apply them on the second run. This is never a fun mechanic, and it doesn’t work well here either.

DuckTales Remastered is going to excite all those who played the original – if you fall into this category, you’ve probably grabbed it already anyway. But when you truly take a step back and look at it when judged against today’s crop of platformers, it leaves a lot to be desired.