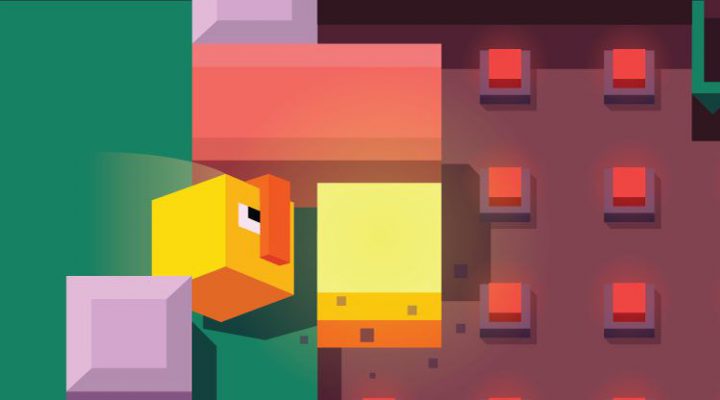 A solid and engaging puzzler.

Simple mechanics mean anyone can have a go.

No frills approach lacks any appeal outside of gameplay.

Gets a little bland after a while.

Duck Roll, as you might expect from the title, is a game about rolling a duck around. It doesn’t worry itself with questions about the ethical nature of this premise, since it’s a game, and the duck isn’t actually real.

As ideas go, it’s not the most original out there. It’s essentially a block sliding puzzle with a twist, and not a particularly epic twist at that. But it does everything really rather well, and the puzzles here are strong enough that you’re not going to blaze through them all on your first try.

What’s more, there’s a neat retro aesthetic bubbling over everything, and a simple set of controls that mean anyone can feasibly have a crack at rolling this digital duck around its tiny mazes. 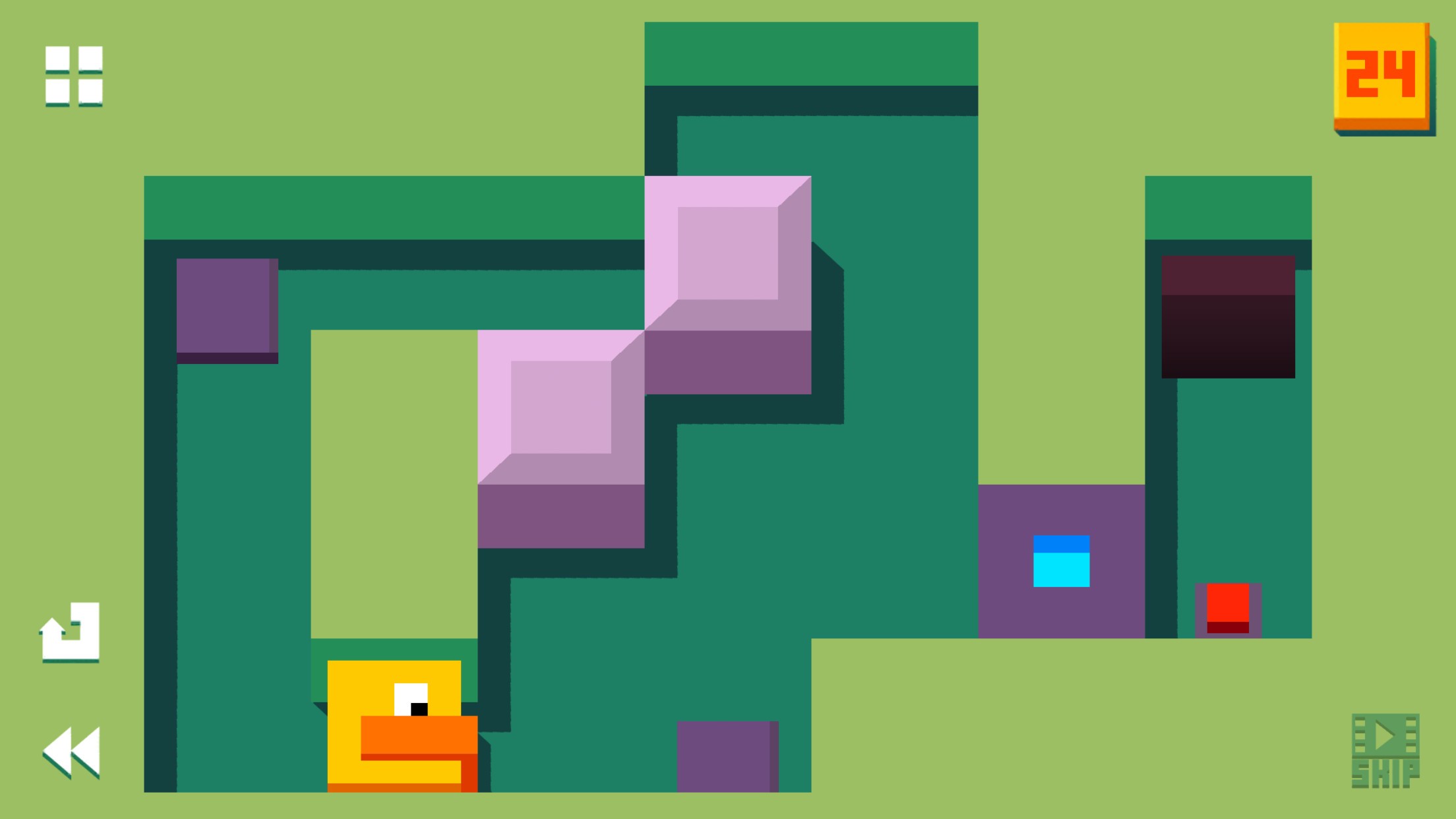 You control everything with swipes. Swipe up, left, right or down and the duck will move one square in that direction. If there’s an obstacle blocking its path, it’ll just nudge up against it. If there’s a hole, it’ll roll straight into it.

Each level gives you a set number of moves to complete your challenge in. Bash through a level using more than the allocated moves and, while you will get bumped along to the next task, you won’t get a gold star. And in this age of mobile gaming, getting a gold star is pretty much everything.

Things start off sedately enough, but after a while you’ll have blocks to push around, switches to push and all manner of other tricksy contraptions keeping you from getting to the end of the maze and unlocking the next level. 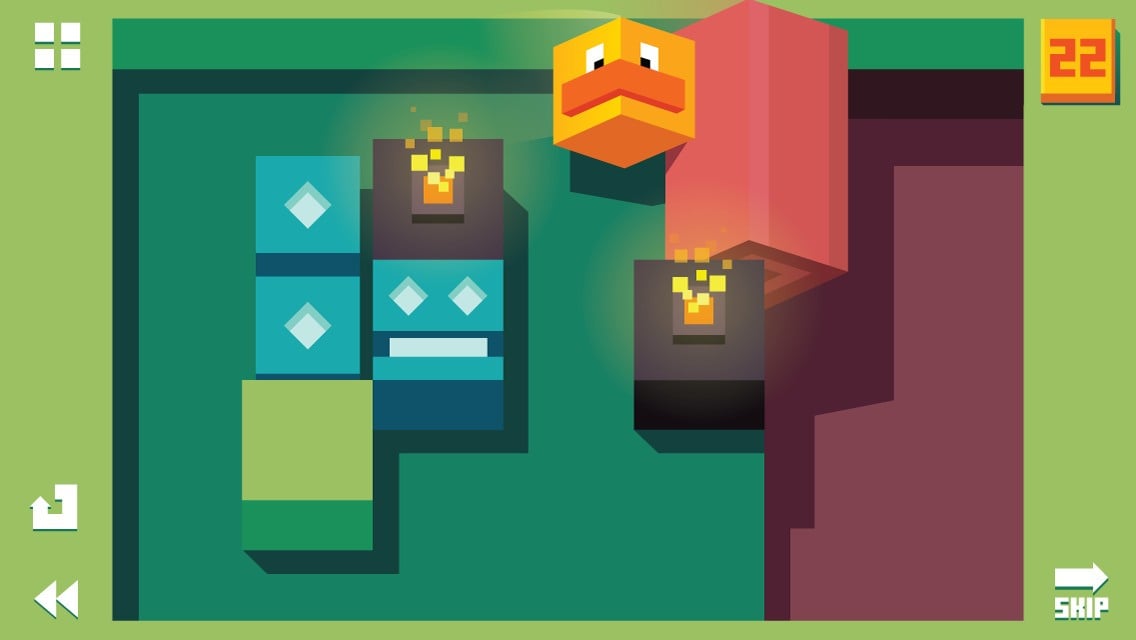 And to be honest, that’s about all there is to the game. It’s well paced, and the levels are pretty much perfectly sized for a generation of gamers weened on attention-span-shortening arcade experiences. There’s nearly 100 of them to have a crack at as well, so the game isn’t wanting when it comes to size.

Where it is sort of lacking though is in things to do. Most games of this shape have an extra mechanic layered on top of their core idea to keep you interested. It’s usually something as simple as being able to get new skins for the character or levels, but it’s enough to tighten the compulsion loop that little bit more. Here though, there’s no extra reward for your perseverance, and while the graphics are nice and chunky, after a while you do get bored of staring at the same duck and the same few backgrounds over and over again. Duck Roll just lacks that extra bit of spice; that sprinkling of extra flavour that turns the very best games in the genre into painfully addictive one-more-go-athons. 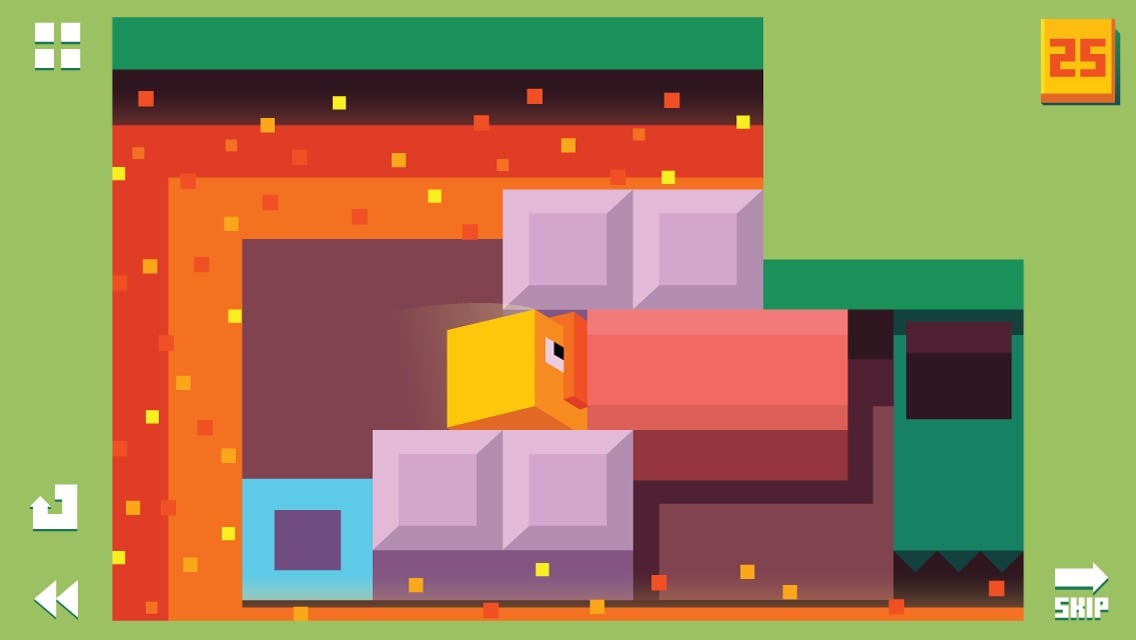 There’s fun to be had here for sure, and figuring your way through the puzzles is going to take up a decent chunk of your time — but without that special something extra, you’re unlikely to force your friends at duck point to grab it from the App Store.

A complaint like this is far from the end of the world, and gamers of a certain age won’t mind the lack of frilly bits distracting them from that central beat. But it all means that Duck Roll never sparks into the sort of fiery, all consuming life that it needs to in order to get noticed in a crowded mobile market place. That’s a shame, because if you’re a fan of block-pushing puzzlers, there’s a worthwhile game here.

Severed Review: A Cut Above