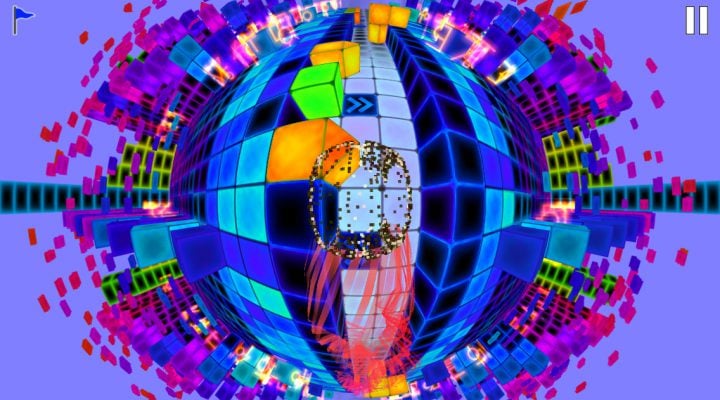 Difficulty is punishing for all but the most experienced rhythm game fans.

Booted back to the start of the stage when you die.

Difficulty/lack of checkpoints makes it hard to stay in the game long enough to even try and "get gud."

Rhythm games march to an interesting drum-beat. Some of them, like Rez, are meant to relax you with their surreal marriage of neon graphics and pulsating sound. Others, like the severely under-appreciated Elite Beat Agents, exist to tell a story with the aid of pop music. And others, including Headup Games’ Dub Dash, seem hell-bent on taking you for a rough ride, but with a nice techno accompaniment.

To be sure, Dub Dash has some amazing music, and its bright graphics certainly catch the eye. But it goes overboard on challenge, making for an experience that’s much more frustrating than engaging.

Each level of Dub Dash alternates play between spherical playing fields and side-scrolling flying portions. In both cases, you get an interesting fish-eye view of the action. It’s pretty cool, but no sooner do you notice the game’s unique presentation before you’re slammed against one of the triangular blocks jutting out of the wall. 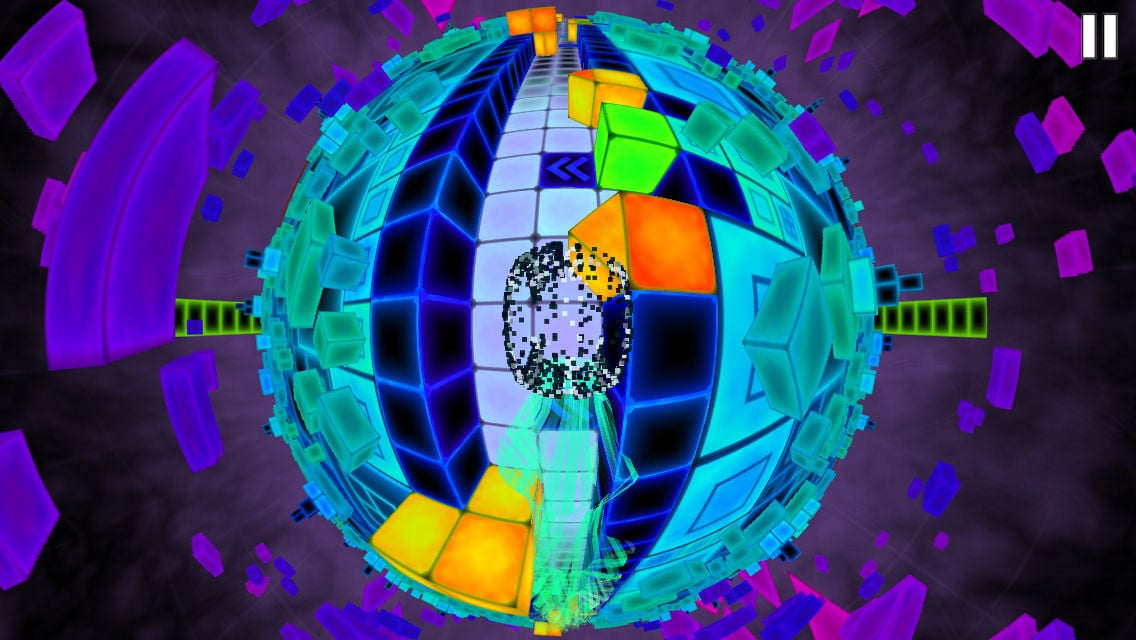 Ah, your first smash-up. Get used to them. They’re non-stop in Dub Dash. In the rolling spherical sections of the game, you tap either side of the screen to hop over the pieces standing in your way. If you don’t move quickly enough, or if you get mixed up (since you’re expected to leap over objects occupying both sides of your narrow corridor), you won’t last more than a few minutes. If you survive long enough, you also encounter areas wherein you swipe to move from place to place.

The flying parts of Dub Dash make it a bit easier to see what’s in your way, but piloting your ever-sinking ship through a run of jagged blocks is a heck of a challenge in itself.

Now, there’s nothing wrong with offering a challenge in a game. Again, rhythm games can be brutal. The problem is that Dub Dash’s unforgiving nature seems out of place. When I play a rhythm game based on a high level of challenge, I want to sink myself into the music, observe how it rolls with the game’s graphics, and cook up a game plan based around my reflexes.

Dub Dash doesn’t really give you that opportunity. It throttles you from the word “go.” You hear a couple of beats of its awesome music, then you’re snuffed out. Of course, you try again. You get further this time. But your fate is the same. You might manage to last a bit longer, but not long enough to let the beat plunge its hooks into you and carry you away. 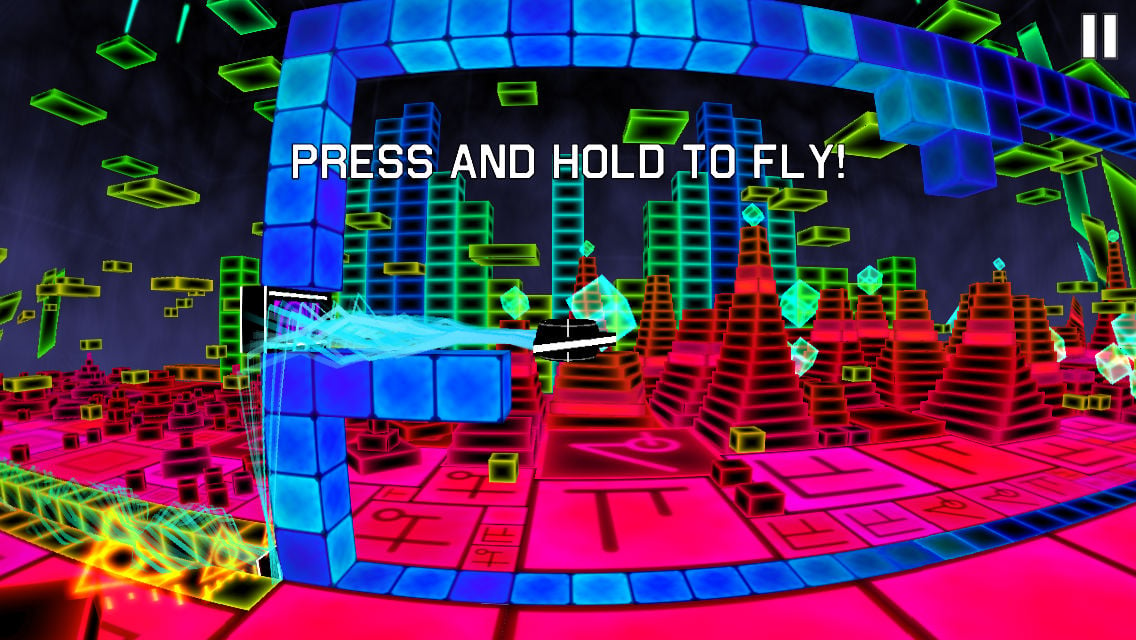 Worse, Dub Dash boots you back to the start of a stage when you die — and these are long stages. There’s a practice option that grants you mercy via checkpoints, but you get a generic track as your background music instead of the “real thing” during these sessions. What’s wrong with installing optional checkpoints in the game itself?

No doubt Dub Dash is meant to appeal to a very specific niche of rhythm fans who adore insane challenges. Granted, those people should have some measure of fun, as Dub Dash looks great and sounds amazing. Just don’t count on enjoying yourself at this club if you don’t have lightning reflexes.