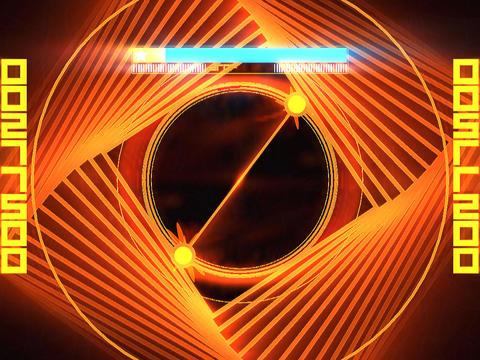 Gorgeous and sleek, but a bit too style over substance

There’s a massive difference between how you approach games that offer style over substance, rather than vice versa. In a stylish game that doesn’t offer a huge amount of depth, there can be this initial burst of excitement and adoration for just how incredible the quality of the production is, but this is often followed up by the steady realization that there ain’t much going on under that gorgeous bonnet.

Dropchord is the perfect example of this. From the moment you boot the game up, it’s obvious that a hell of a lot of style and finesse has been pumped into the veins of this music title. Problem is that once you get past its neon delights and banging soundtrack, you discover a fiddly game about swiping dots with a line, and very little to keep you playing for an extended period of time.

The game centres around a bright circle, through which you slice by placing a finger on either side. Wherever you touch is where one end of the line goes, and the two points join up to make one straight line. You’re then asked to move your fingers around to make the line touch dots that appear, and by doing so, you build up your combo and get mega points. Later into the game, things get a little trickier. Spiky obstacles appear that you need to dodge around, and you’ll also be asked to tap and swipe to fulfil certain requirements. You have a health bar at the top, and each time you make an error, your health goes down. Keep hitting the spikes and missing dots, and it’ll all be over.

Let’s hit the obvious first point – Dropchord is stylish as hell. From the bleeding edge, burn-your-eyes-out visuals that threaten to set your mobile device on fire, to the electronic soundtrack that is just the most sublime collection of beats I’ve heard in a video game in a long time, Dropchord needn’t try any harder in this department. This game is the cool kid at the back of the bus who you always desperately wished you were in there with. 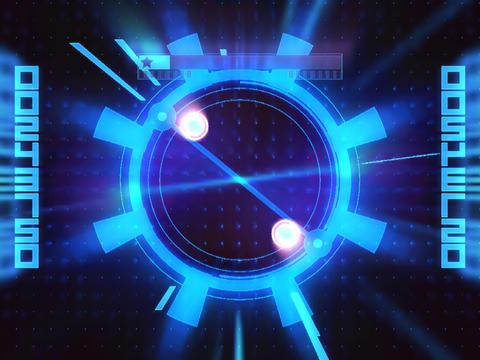 But as often was the case with the cool kid at the back, Dropchord doesn’t have a huge number of prospects either. The gameplay is fun for a short while, throwing plenty of different patterns at you, and offering nice variety as far as movements to tackle are concerned. There’s a main mode to play through that fires level after level at you, while Mix mode is a randomly generated approach. But after you’ve played it twice, maybe three times, the excitement rapidly drops away, and you’re left with a fairly bog-standard quick reactions game. It also becomes very apparent that this is barely a music-driven game – everything pulses to the beat, but otherwise there appears to be literally nothing gameplay-wise that links the music to how you play.

The fiddliness of it all is soon well and truly brought to the surface, too. Certain moves can be pretty tough to pull off, not because you aren’t good enough, but simply because the touch controls don’t feel spot-on. Later into the game it becomes even worse when the game asks you to tap and swipe – sometimes I had to tap over and over again for the game to register, and the swiping, well, I have no idea what the heck you’re meant to do there, other than just swipe frantically whenever the appropriate visuals appear. It’s not very fun at this stage, and it’s sort of a blessing when you die and don’t have to do it anymore.

And while they’re present in the iOS version, the Android version completely omits leaderboards. This is one game that requires some added incentive to keep us playing onwards, and since the game saves high scores, you’d think that sharing these online would be a great way to pull people back. Yet there are only local scoreboards, and playing against myself isn’t really going to hold my attention for very long. 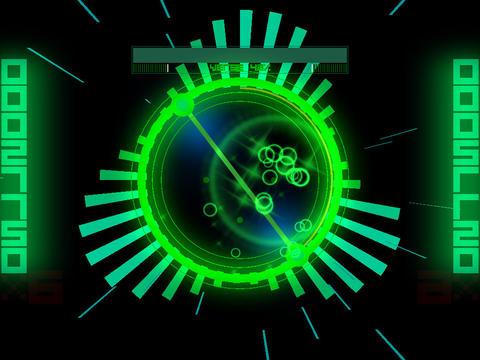 Here’s the thing though: while I take issue with lots of what Dropchord has to offer (or doesn’t, as the case may be), there’s clearly the basis for a fantastic music game here, and it just needs some heavy tweaking to get there. If perhaps some updates to the game settled some of these larger niggles, or even if a sequel rolled along that addressed everything and then some, Dropchord could potentially be an absolutely essential mobile game.

Dropchord is one of the most stylish experiences you can have on your mobile device, and if you’re looking for just a short experience to fill the good part of an hour, then it’s well worth grabbing. Meanwhile, I’ll be keeping my fingers crossed that Double Fine decides to build on this solid base.