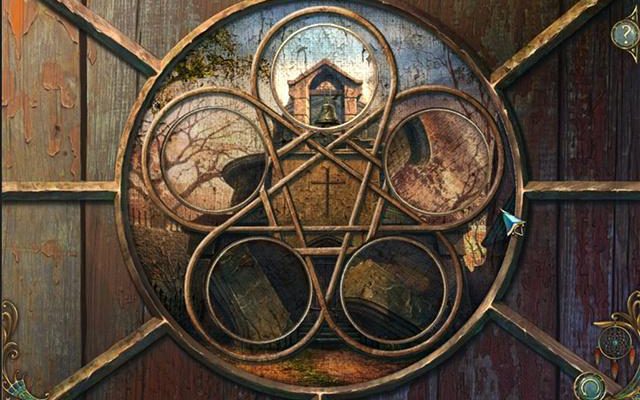 Dreamscape: The Sandman is here to unleash your worst nightmare!

I used to have this reoccurring dream that I was being chased around my house by a giant black dragon. I never understood why, but I always thought it was strange that he never managed to catch me, considering the dragon was about the same length as the upstairs hallway he always chased me through. Leave it to Dreamscapes: The Sandman, a nightmarishly brilliant and haunting adventure game, to dredge up these memories.

Laura Young has been plagued by hideous nightmares of The Sandman ever since she was a child. A magic dreamcatcher has managed to keep The Sandman at bay for all these years, but when Laura is reunited with the monster at her big violin recital, she realizes too late that her defenses are futile. With her protective dreamcatcher shattered, Laura slips into an unexplainable coma. And that’s where you come in. You play as a silent volunteer, who has agreed to help a genius scientist enter Laura’s mind and rid it from these nightmares, in the hopes she’ll wake up.

The gripping story of Dreamscapes: The Sandman is introduced through bold, beautiful graphics and breathtaking imagery, like Laura collapsed on the stage, violin in her lifeless hand, and surrounded by roses. The character models are rendered in impeccable 3D, and The Sandman is particularly chilling in his voice and design. I can see why Laura is so afraid of this guy! I’ll admit the dialogue can be a little cheesy sometimes, but that’s a very small complaint compared to how the story stays with you, and refuses to ever leave. You find out more about Laura’s past and her relationship with her father through wonderful flashback cut scenes, and nothing about the game’s presentation ever feels rushed or gives the impression that the developers took the lazy way out.

When Laura’s dreamcatcher was broken, the pieces were scattered across a number of diverse and alarming nightmare locations, which are all interconnected and accessed through a centralized hub area in Laura’s mind. In each different nightmare scenario, you’ll have to rescue a dream version of Laura from a frightening brush with death, like being buried alive beneath a heavy tombstone or falling through the ice in a frozen lake. This forms the basis for some horrifyingly delightful areas, from a cold and empty winter wonderland, to an abandoned amusement park, and even Laura’s flooded childhood home. 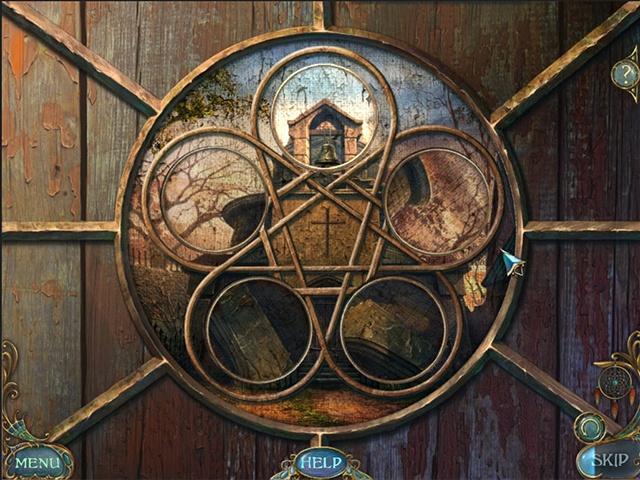 The game has no qualms about littering the scenery with demonic clown heads and shadowy bodies hung from bare winter branches (also, this game wins the award for the creepiest, hollow-eyed paper dolls I’ve ever seen). There are some seriously dark and startling ideas in here. But the cool thing is after you’ve dispelled an area from Laura’s nightmare, it changes in appearance from a nightmare to a dream. For instance, after I completed the dilapidated church level near the beginning of the game, I watched as lush green grass and blooming roses grew around the structure, and butterflies began to hover through the air. And you can even pan the camera left and right in a few select screens, to get a wider panorama of your current surroundings.

Dreamscapes: The Sandman plays like a hidden object adventure game, but without the actual HOG segments to slow you down. Because of this, I managed to breeze through the entire game in only 3 hours or so, which usually isn’t the best kind of length for a game of this nature. However, the game offers a few other tasks to get your money’s worth, like finding all 109 neutralizing beholders (creepy one-eyed centipede creatures) throughout the nightmare environments; earning several achievements and assembling their icons in a neat menu screen; and playing through an additional bonus chapter for those who picked up the Premium Edition. 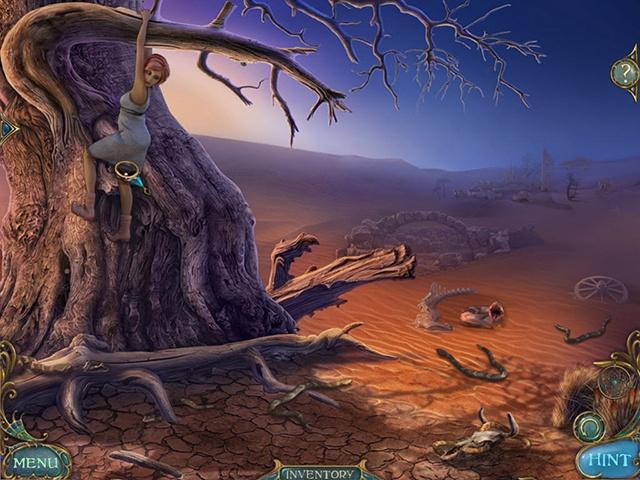 But I think the biggest qualm that people are going to have with Dreamscapes: The Sandman is that the game’s puzzles are a bit too easy, and the mostly segmented nightmare areas leave very little to overlook as far as the exploration goes. Most of the puzzles in the beginning of the game have to do with turning discs of some sort to form a picture or line up a circuit, and these can get a little repetitive and obvious before long, but you’ll encounter some much more interesting ones the further you progress: including using a cipher to crack a puzzling number code, and even completing an old retro arcade mini-game that pays homage to Super Mario Bros.

Even though the game is a little on the easy side, and it could have benefited from a few more nightmare scenes, these are incredibly minor complaints to what is an otherwise beautiful game and haunting experience that belongs among the best titles in the PC adventure game canon. After all, it only seems short because Dreamscapes: The Sandman is so great that I didn’t want it to end. So will you see if you have what it takes to conquer your inner demons tonight? As for me, I think I’ll sleep with the lights on in case any dragons happen to be in the neighborhood.

Maestro: Music from the Void Review