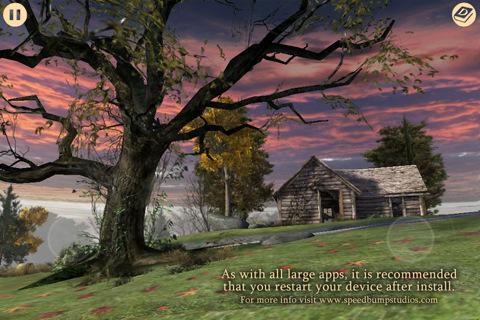 dream:scape is an absolute nightmare

I wasn’t supposed to review dream:scape. That may sound like a strange opening sentence to lead with, but once you’ve read about the circumstances that led to this review, you’ll probably get a pretty clear indication of why that’s relevant. You see, the person who was supposed to review dream:scape couldn’t get it to run. He tried on two completely different iOS devices, but it just wouldn’t go. Judging from the comments on iTunes he’s far from alone. And while I managed to get dream:scape to work, there’s a big part of me that wishes I hadn’t.

dream:scape tells the story of Wilson, a coma patient who is trying to recover his memory on an adventure through his subconscious. Powered by the Unreal Engine, dream:scape seemed to promise a gorgeous Myst-like experience for the iPhone. But if you can get it to run on your device, you’re not necessarily going to like what you see.

Sure the visuals are nice, but the frame rates are staggeringly choppy. If you’ve ever suffered from game-related motion sickness, dream:scape will bring it out in spades. What’s worse, the gameplay lacks any clear sense of direction.

I found the problem. I figured out the solution. But I just couldn’t make it work intuitively. Instead of tapping on the hole in the tree, it turns out I had to walk right into the tree like a bumpkin in order to discover the key inside. If that’s not a clear indication of how poor an experience the gameplay dream:scape turned out to be, I don’t know what is.

What’s more, the controls themselves – which consist of merely a movement stick on the left and a camera stick on the right – aren’t always responsive. I’d touch my left thumb to the screen to move Wilson, and sometimes rather than move he’d decide to look around awkwardly. In this regard, as well as many others, dream:scape was an exercise in frustration. 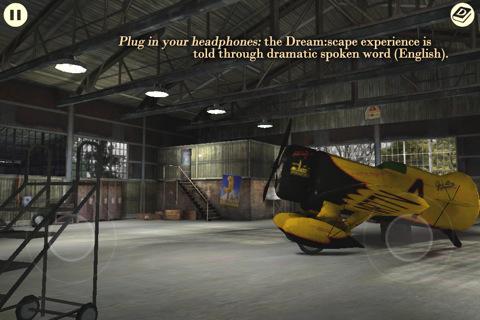 Solving a puzzle doesn’t really help to move the story along in a natural fashion, either. Rather than entering the cabin after solving that first puzzle and finding the next plot point logically, by discovering an item or some other important element for example, you’ll only be given the next piece of the puzzle as a diary entry once you leave the cabin. Again, like the tree, I found myself wandering around the cabin far too long only to discover that the sole thing the game wanted me to do in there was exit.

There was also a hammer in the cabin. It seemed pretty obvious to me that I’d need it for something down the road, but the game wouldn’t let me pick it up until that thing happened – and it happened just two minutes later, halfway across the map. This in turn forced me to unnecessarily backtrack to the cabin.

If I didn’t know any better, I’d think dream:scape was designed as some sort of punishment.

Since the game is largely about walking, it makes sense that they’ve decided to put up walls and fences around the area seemingly arbitrarily. After all – if I could walk straight from one location to another, the game could be completed in half the time! It’s this sort of insulting game design that invades every corner of dream:scape.

If you manage to get past the issues of control, frame rates, and simply being able to boot it up, you’re not going to find a lot to love here once you arrive. The story is trite, with writing that in no way reflects the way people actually speak. “You get in here this minute, daughter, and fix me dinner!” Seriously, who talks like that? And the voice acting, while decent, has all been funnelled through this ridiculously eerie reverb effect to make it seem spooky. It’s B-movie embarrassing. 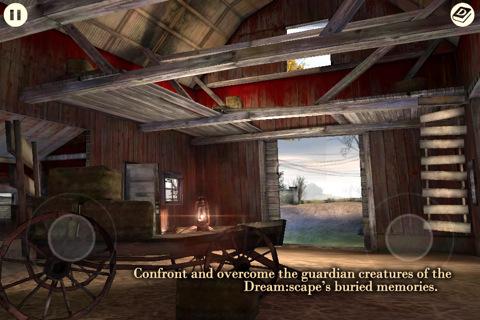 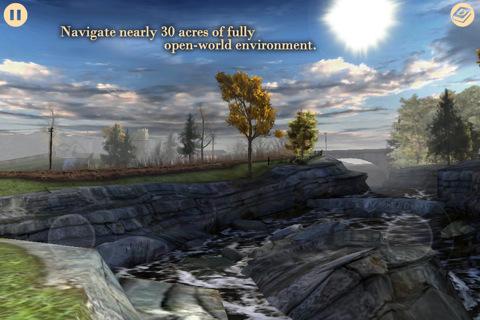 At the end of the day, dream:scape isn’t even really a game. I’ve used the word “puzzle” to describe what you need to solve to progress, but it’s never anything much more complicated than “you need an item, go back and pick up the one you just saw in the last building.” dream:scape is really nothing more than a glorified tech demo. A slightly more interactive take on app’s like Epic Citadel, only masquerading as a game in the hopes that you’ll spend money on it.

For a game so brimming with potential, dream:scape couldn’t have been less fun. Don’t let the trailers and the screenshots fool you – this one has stinkeroo written all over it. You’d have more fun using your favourite iOS device as a paperweight.