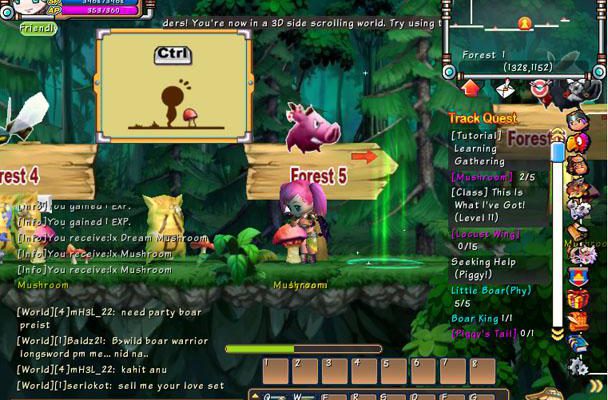 Dreamland Online is a quality MMO, but doesn’t offer much in the way of surprises

Free MMOs are understandably trying to get their piece of the Facebook gaming craze, since even a game a few years old typically offers more content and features than the average social game. Dreamland Online is one such older game trying to rejuvenate itself through Facebook, though its integration with the platform is far more extensive than usual. Although IGG also offers a client-based version of the game, the Facebook version is fully playable as a browser-based game. The only requirement is that players download and install the Kalydo Player plug-in.

Dreamland Online itself has the look and feel of a very standard , free Asian MMORPG. While the characters are full 3D, the game uses a side-scrolling point-of-view, which means characters are primarily viewed from certain angles. Likewise, characters are rendered in a simplified “super deformed” style where they have huge, detailed heads and very small, rather indistinct limbs. Enemies and NPCs are rendered in a similar cartoony, cutesy style, which gives the impression that the game is going for a younger, anime-savvy audience. 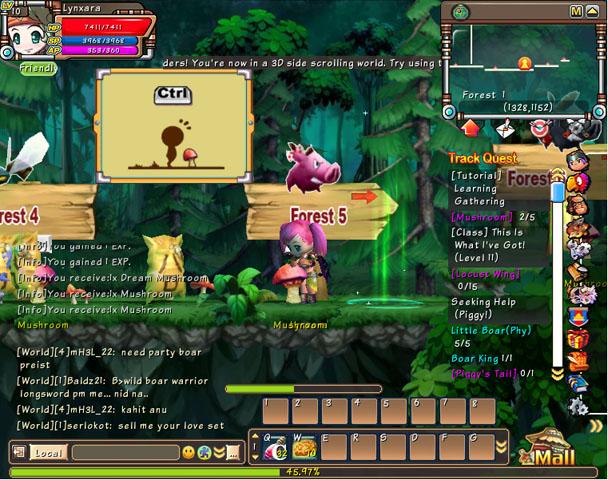 Other gameplay elements are entirely standard for this sort of RPG. You begin as a generic character and then can choose to adopt one of four classes at level 10: Warrior, Archer, Magician, or Rogue. Each class has specific skills learned from spellbooks, and they can then be further specialized into one of two variants after level 41. You can also recruit pets to fight at your side. You primarily explore town hub areas full of NPCs who give out quests, while dungeons are accessed through portals found in towns. Enemies in the game are generally cute and won’t attack until a player takes the first hit. Although Dreamland Online tries to emphasize teamwork, even bosses can be easily beaten by a solo player.

Dreamland Online deserves kudos for its high-quality implementation. The game didn’t suffer at all from lag or instability during the test period. The 3D visuals are genuinely charming. While 3D games that run on Facebook often feel sluggish or suffer from lag, Dreamland Online felt responsive enough that the game’s brief platforming segments weren’t annoying. In terms of features, Dreamland Online offers everything an MMO player could want, from an extensive keybinding system to guilds, chat, and other social features. 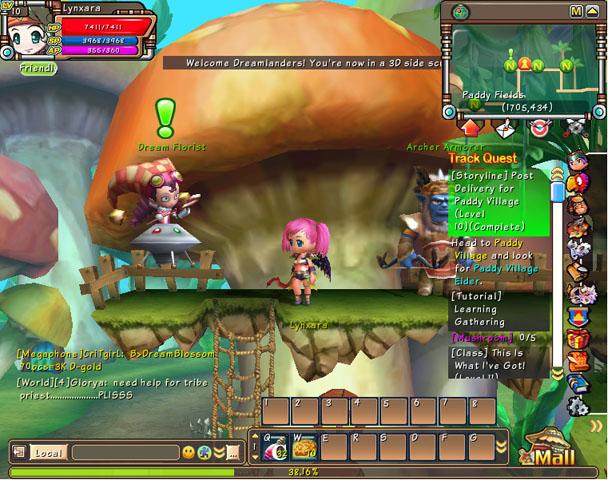 If there is any great failing of Dreamland Online, it’s that the game is honestly a bit boring. While the gameplay is solid and enjoyable, it offers absolutely no surprises. Even equipment and your spells have a stereotypical, predictable feel to them. There’s no sense of delight in leveling up, more a pleasant sense of progress being made. It is perfectly logical that IGG would think this might appeal to the crowd that adores FarmVille and CityVille, though Dreamland Online is much more difficult to play than either of those games. Still, you can do a lot worse with MMOs on Facebook.