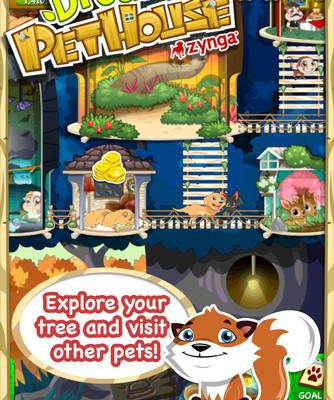 Zynga sets up a home in a tree in Dream PetHouse

Zynga’s Dream Pethouse is their next social offering on the iPhone and iPad, allowing you to build the treehouse you’ve always wanted to. Luckily, the game is social and fun enough to keep you playing for at least a while.

The goals presented to you are fairly straightforward, tasking you with building a treehouse of sorts for all sorts of woodland critters and other creatures to live in. The treehouse is built by chaining a collection of “pethouses” to each other, and it’s all really easy to do by tapping where you want to place them. 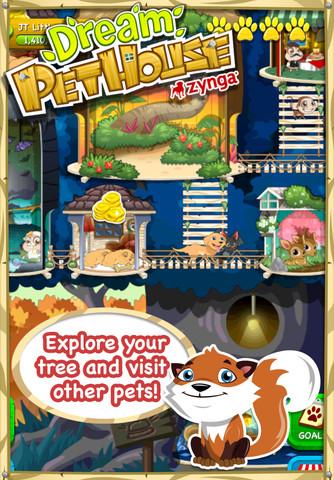 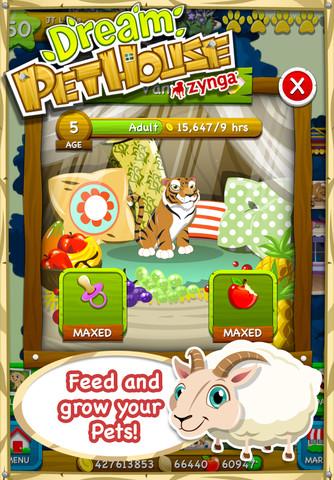 Once you’ve chained a few of these pethouses to one another, the pets that live inside will interact and earn you money so you can keep expanding to your heart’s content with even more pets and pethouses. You’d better hope you like cutesy animals, because the game is only going to continue spewing them at you the more you play, like some sort of drunken Candy Land.

The pets you place in these houses can also grow, meaning that they will in-turn spit out more coins for you to collect. Growing these pets requires you to feed them with fruit that you collect from the tree. A piece of fruit only grows once every few minutes, so you will need to come back in an hour or two in order to pluck from a fruitful tree.

Goals and the ability to visit friends round out the feature set nicely, in that they’ll keep you playing long after you already should have stopped. Goals will encourage you to build certain pethouses, hire staff, and buy decorations you may not have purchased otherwise. Completing these goals earns you extra coins. Having more coins is always welcome in these types of games, so it’s helpful to have several different ways to keep them coming in. 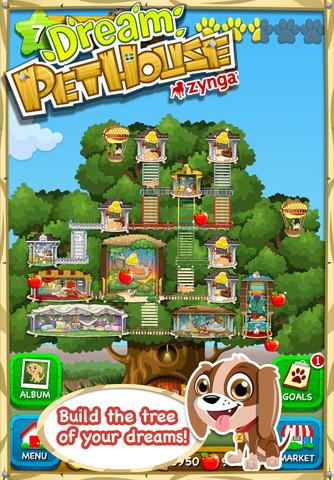 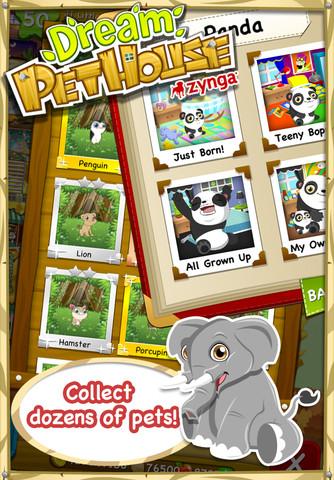 Visiting friends is as easy as logging into Facebook and scurrying on over to other’s trees and collecting coins. More coins are fine, but it would have been nice to see some more interactivity with neighbor’s pets. Perhaps an option to feed others’ pets or play games with them could have made this aspect that much more fun and exciting.

Without going into too much about Zynga taking ideas from other developers, it’s worth pointing out that Dream Pethouse seems to borrow at least a little bit from the Tecmo-Koei Facebook game JollyWood which also has you creating a treehouse for little critters, and in much the same graphical style. They aren’t completely the same, but saying that Zynga’s game is at least inspired by JollyWood probably wouldn’t be stretching things too far.

Dream Pethouse is one of the more interesting releases so far on the mobile space from Zynga, being that it isn’t just another Ville clone and actually tries something that hasn’t been attempted too many times before it. The gameplay isn’t exactly as exciting as we could have hoped, but Dream Pethouse is still a competent social game that could be played for months if you have enough friends keeping up with you.