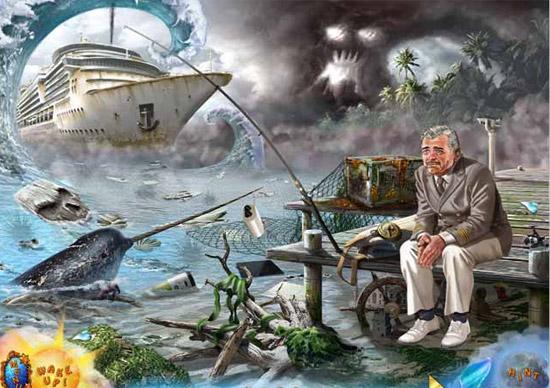 Case of the Red Fox has an interesting premise, but the story creates more questions than answers

Have you ever wondered what it would be like to see into someone else’s dreams? In Dream Mysteries – Case of the Red Fox you will take on the role of Dr. Corey Foster who possesses the ability to travel into her patients’ dreams and help them fix their nightmares. However, when Dr. Foster starts having disturbing visions of her own and a mysterious red fox keeps appearing, she begins to realize that her patient’s dreams may lead her into her own nightmare.

Dream Mysteries – Case of the Red Fox is an adventure/hidden object hybrid with the majority of the puzzles being inventory-based. There are also several mini-games throughout that are used to unlock a patient’s mind the first time you enter their dreams. The mini-games are straight forward and fairly easy to complete, including a jigsaw puzzle, matching games and a fishing puzzle. Throughout the game you will be collecting dream shards that will unlock the mini-games to be played anytime from the title page. The hint system is standard and recharges quickly and all the puzzles can be skipped.

There is no voice acting in the Case of the Red Fox. This was disappointing because the characters were very distinctive and it would have been nice to have heard their voices. The background music is pleasant and fit the mood of the scene but did become repetitive after a while.

Visually the Case of the Red Fox is very appealing. The graphics are hand drawn and detailed. The hidden object scenes are clean and the objects fit with the scene. Each patient has a different dream world and each world is unique. The actress dreams of an opera house and the woodsman dreams of a haunted forest. You can tell that the artists put a lot of thought into the details of each world.

You will find yourself traveling back and forth between the dream worlds and reality throughout the game. Things you do in the real world will affect the dreams of your patients and as you progress you will help you patients unlock more of each world. The items you pick up in dreams will also travel back to reality with you and vice versa, which, while odd, is definitely helpful. As you progress through the game, you will see glimpses of a red fox in the dreams as well as a creepy hallway leading to a locked door. You don’t know what is causing these visions but you are determined to find out. 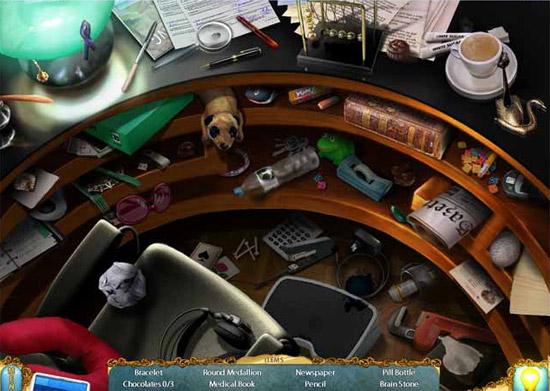 Unfortunately, this is where the game starts to come apart. The story is never fully developed and you are left with many more questions than answers. Dr. Foster mentions that the red fox reminds her of the kitsune of Japanese folklore. That is the extent of information that is given to the player on the subject. The ending of the game feels unfinished, and you don’t ever learn the real motivation of the antagonist.

Case of the Red Fox had the potential to be an excellent game but story-wise, it falls a little short. The plot is never developed in a way that makes sense and none of the mystery of the red fox is explained so the player is left guessing at the end. A seasoned adventurer could easily finish the game in two and a half hours or so, but it’s still a fun diversion. I would recommend this to players who are new to the genre or to die-hard fans.