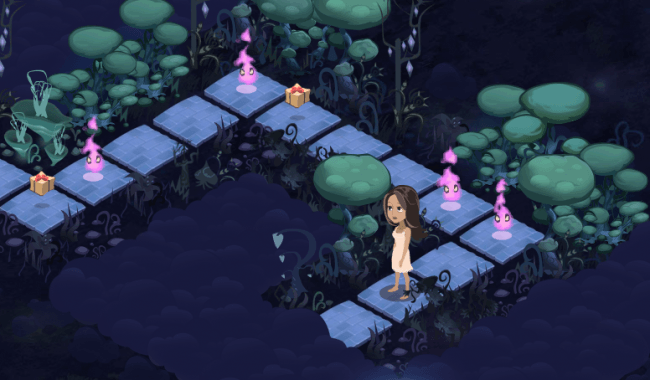 Every once in awhile, a fantastic Facebook game comes along that completely changes the landscape for what innovation in social games can look like. Dream Land is the latest game to do just that. Developed by FreshPlanet, Dream Land transports players to a magical world where dreams come to life and adventures hide behind every dark cloud and colorful mushroom. It takes a simple board game concept and adds a wealth of style and unique flavor to make a compelling package that any avid Facebook gamer should experience at least once.

When you log into Dream Land for the first time, an easy-to-follow tutorial will introduce you to your bedroom. A refreshing, non-isometric decorative space is foreshadowed here, before the tutorial launches you into your first dream sequence. Entering a dream brings up a floating overworld map that shows you the basic progression through the game. Clicking on the next available dream will load the adventure levels, which are isometric and grid-based. Each level has a set number of grid spaces and a particular map layout that is partially covered with a thick layer of clouds. Players roll a die to determine how many spaces they are able to move, and slowly unveil more tiles as they move closer to the cloud cover. Each time the player rolls the die and moves, one turn is consumed. Turns act as an energy mechanic in Dream Land, slowly regenerating over time with the ability to pay to refill the meter. Tiles can contain rewards, shops, extra turns, and the secret keys which are required to complete each level.

In addition to collectible items, battles can be uncovered on the tiles. These battles are turn-based and closely mimic the standard Pokemon combat that is seen in other Facebook games like Monster Galaxy. Enemies include haunted mirrors and beds along with other scary foes that have to be battled. Players have a designated number of hearts, which act as the life force behind the avatar — run out of hearts and you can no longer battle enemies. Many items found within the levels will refill lost hearts or permanently increase the number of maximum hearts a player can have. Combat contributes to your overall score on that particular level, and levels are replayable for completionists who want to discover every nook and cranny.

There is something oddly compelling about Dream Land. We have seen the dice rolling feature before in games like Monopoly Millionaires, and tile based exploration is very popular now after being championed by favorite games like Treasure Madness and Adventure World. Dream Land manages to package up these mechanics in a way that makes it feel like you have never seen them before. The theme is dark and eerie, haunting yet whimsical, with a style that is quite reminiscent of the works of Tim Burton. This game feels artistic. It feels like the developers were making a statement about where social games can go. It’s refreshing to play something that is so unique and intuitive. 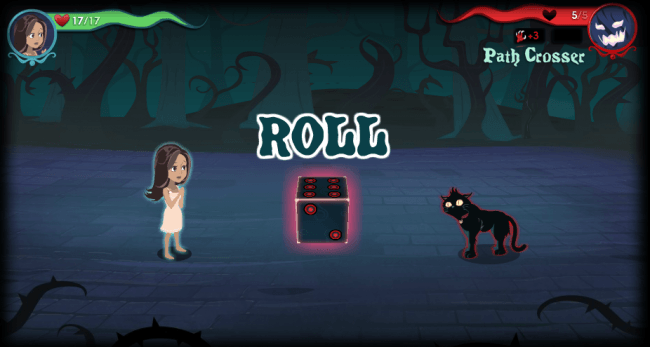 Dream Land is easy to play and learn and is fun to explore and discover. It has a decent amount of content with two separate islands and the added benefit of replayability. The customization of the bedroom space seems a bit barren in terms of the amount of decorative items available, but this does increase as the player levels up and unlocks new options. The sounds in the game are charming and suit the mood, and the interface is crisp and clean. The art is wonderful and makes for a pleasing aesthetic. The social features are pretty standard, with the ability to visit your friends’ bedrooms to see how they have decorated their space. The game is still new but has a very promising future if it can manage to be mass market enough and stand toe-to-toe with the giants like Zynga and EA.

Dream Land feels magical throughout and is truly a work of art.